Cary, NC – A little rain didn’t dampen the spirits of festival goers this past Saturday when the Town of Cary held the 23rd annual Spring Daze arts and crafts festival in Bond Park.

As one of scores of volunteers, I arrived early as the day’s drizzle peetered out and the sun attempted to break through the clouds. The cooler weather and cloudy skies kept the early crowds down, but as the day wore on, people wandered into the park to enjoy over 200 arts and crafts booths, food trucks and the four entertainment stages.

New this year was an installation near the Bond Park Boathouse from Paperhand Puppet Intervention. During the day we saw an owl operated by three puppeteers and a wandering goat. We were told there was a puppet baby as well as other characters that roved the festival. 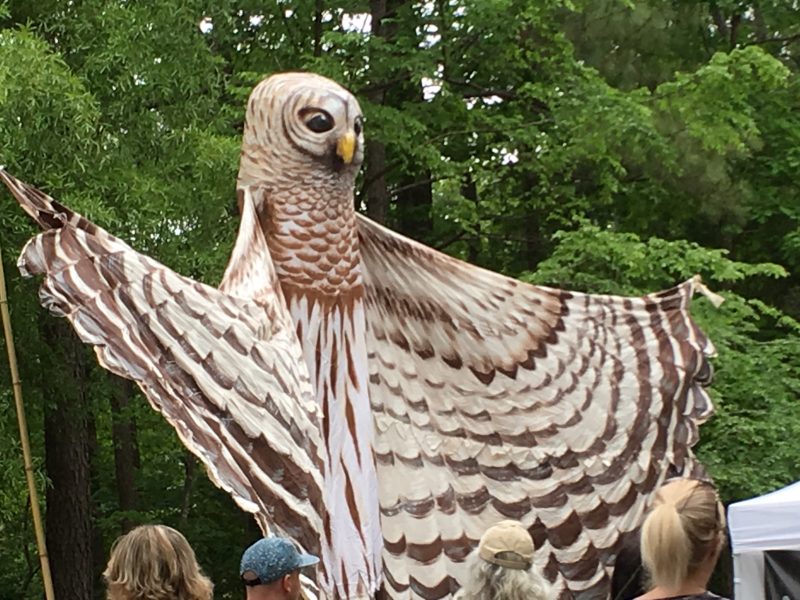 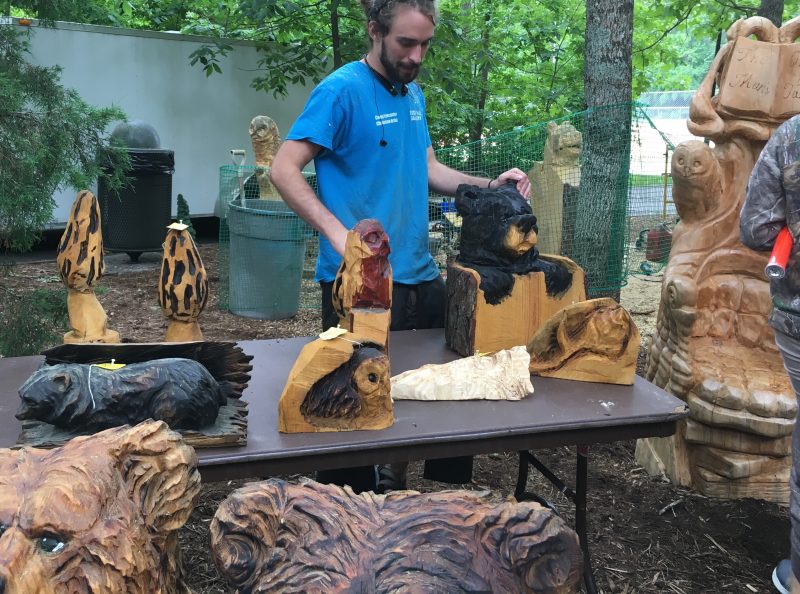 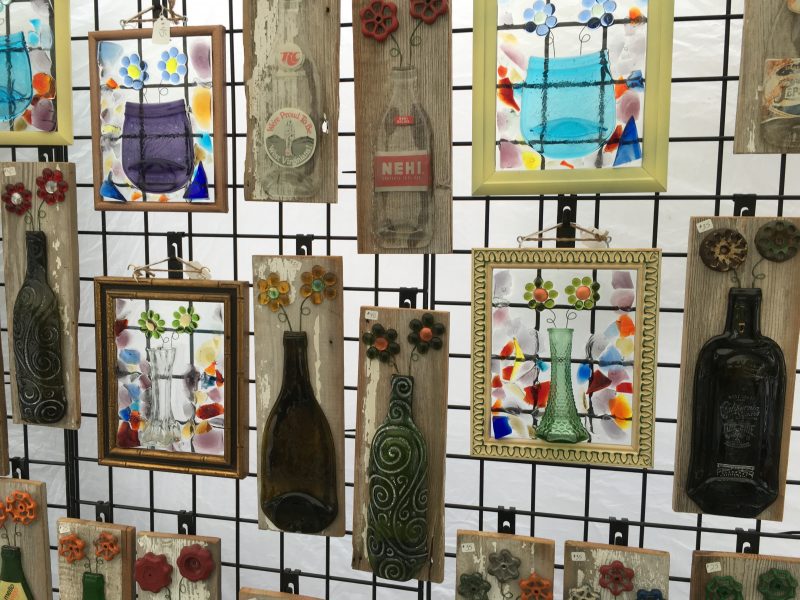 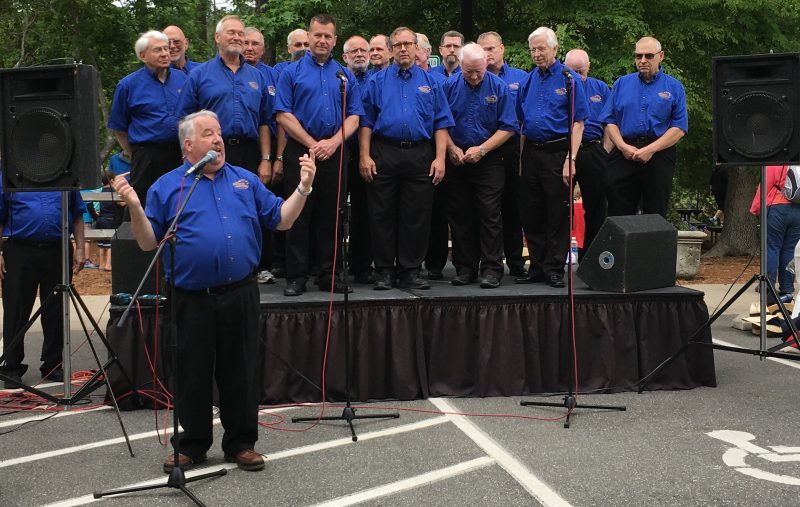 The General Assembly Chorus sang at the Boathouse Stage 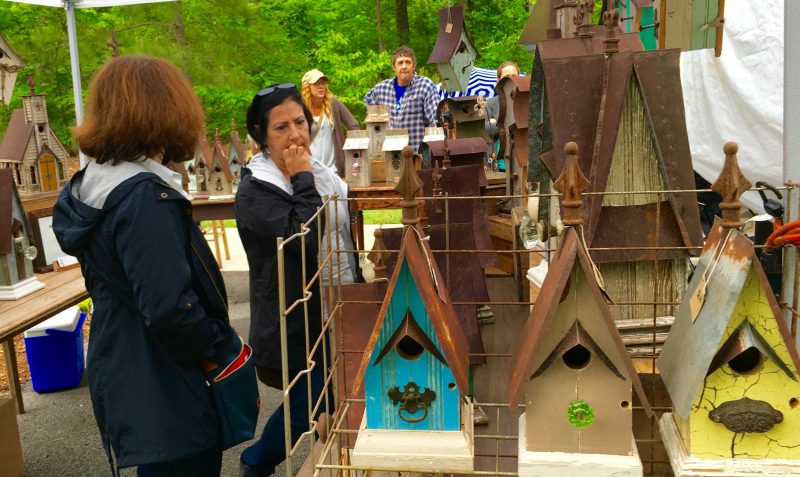 Up-cycled birdhouses by Recycling is for the Birds 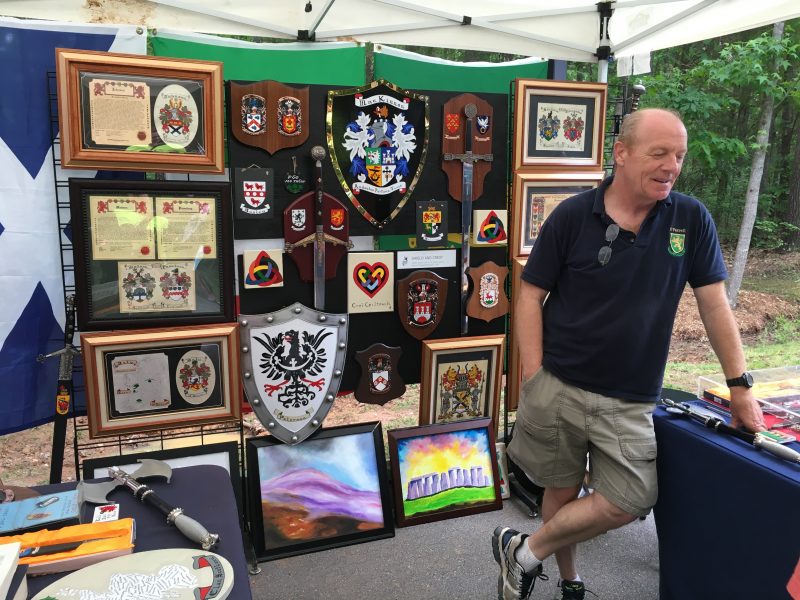 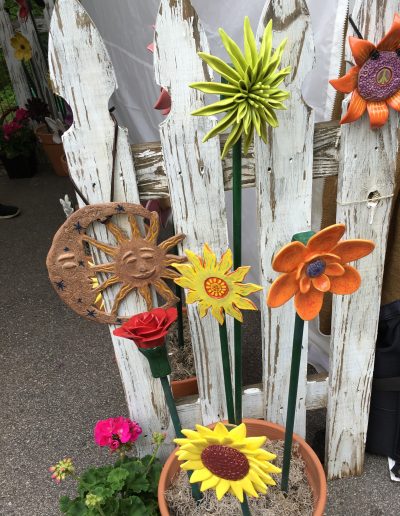 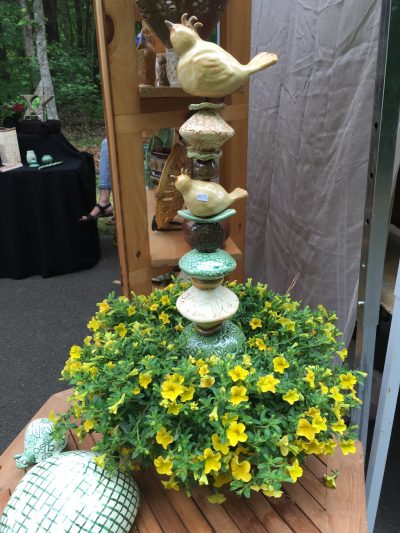 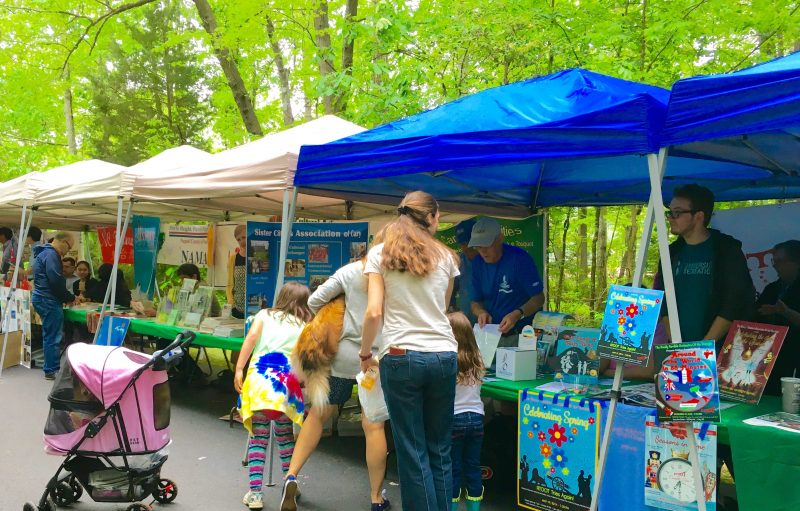 The weather was considerably better than in 2015, when organizers had to close the festival at 2pm due to predicted heavy winds and rain. It’s Spring in Cary- the weather is always changeable. As they say- “if you don’t like the weather, wait a minute!”

If you like art fairs and craft chows, hold onto your hats, CaryCitizen has the first-ever western Cary festival planned for Saturday May 21, 2016. It’s called Fest in the West and will take place from 12:00- 6:00pm at Parkside Town Commons.

There will be craft beer, over 30 artisans, local restaurants serving food, three live bands, a pie eating contest and a kids zone. Visit Fest in the West for more information.