Cary, NC – After changes were made to the proposed Amberly Village shopping center in West Cary, the vote to rezone the area for development is set to go before Town Council.

The Cary Planning and Zoning Board voted Monday, April 18, 2016 to recommend rezoning the area at the corner of Green Level Church Road and Carpenter Fire Station Road for the shopping center. The Cary Town Council will take the rezoning up for a vote during their May sessions, most likely the Thursday, May 26 2016 meeting.

Since 2015, the proposal to build the shopping center, which would include a Publix supermarket, has been the subject of debate in the community because of its proximity to the Arlington Park neighborhood. Council member Jennifer Robinson, who represents the district where Amberly Village would be built, said her concerns are related to how the shopping center and the neighborhood will interact.

“What is important to me is mapping the buildings to be adjacent to the neighborhood,” Robinson said.

Between the first public hearing on the shopping center in November and now, the plan has been adjusted for local residents. Robinson said these changes, particularly the distance of the Publix from the neighborhood, is positioned to create a generous buffer.

“The loading dock to the North is pointing away from the houses,” Robinson said.

“They made a lot of effort to address neighbors’ concerns,” Frantz said. “I’m pleased to see it’s more walkable.” 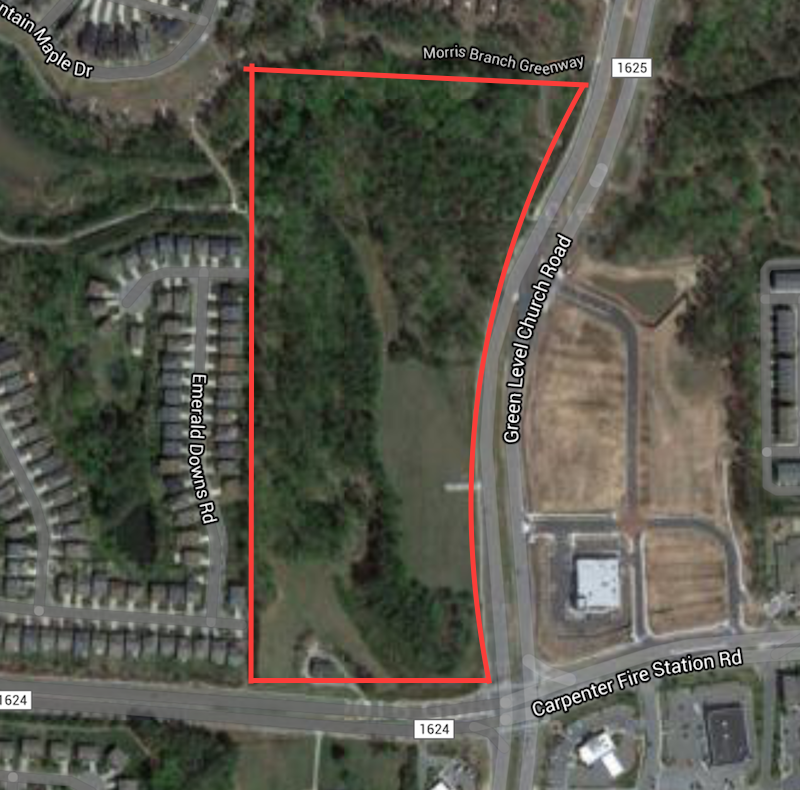 But one of Frantz’s concerns about the area still remains. The proposed rezoning would change the 22 acres for development from residential to mixed use instead of purely commercial.

“That quadrant doesn’t lend itself to residential space,” Frantz said.

One other aspect of the Amberly Village project was a connecting road between the shopping center and the Arlington Park neighborhood. This required street connection was the root of many grievances brought up by the group Neighbors Against Amberly Village, which started up when the center was first proposed (there has been no sign of activity by the group since February 2016).

The developers, Florida-based Sembler Company, have not made it clear whether they would go forward with a quasi-judicial hearing to get rid of the requirement for the road. Town council members cannot talk about that case without disqualifying themselves from the hearing but Robinson explained that the connectivity ordinance allows for exceptions for neighborhoods of a particular age, which Arlington Park does not fall into.

If The Sembler Company decides to go through with the hearing, it will delay construction by several more months.