Cary, NC – Maximillian’s has been a staple of the Cary Food Scene for over twenty years, and when they recently closed for renovations many Cary residents were worried what would happen to their favorite restaurant.

Never fear Foodies! The new owners are the husband and wife team of Will and Margie Hennessee who both worked at Maximillian’s since it’s beginning in the early 1990’s. The couple purchased Maximillian’s in January from former owners Michael and Gayle Schiffer. After four months of renovations and upgrades, they reopened on April 6, 2016 with plans to bring the establishment back to its farm-fresh Mediterranean roots. 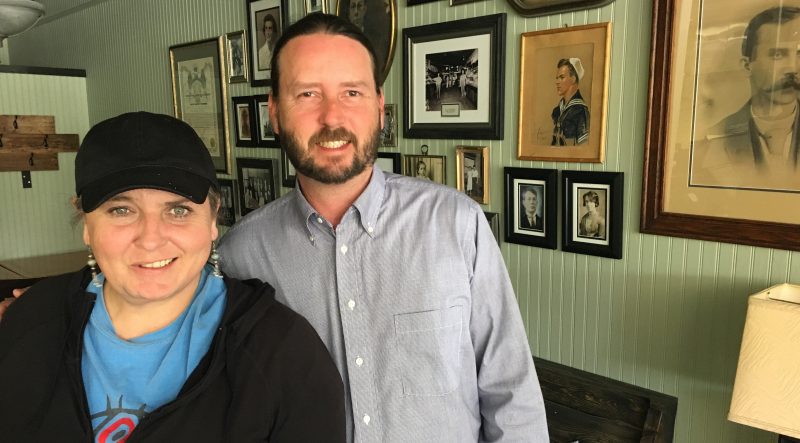 Margie told me that Will began work at the restaurant while attending NC State in 1994 and was “lucky enough to be invited to wait tables there and train with the chef who was leaving”. It became his career and passion and he’s been here ever since.

They tell a funny story of when Will waited on his first table. “The table ordered the grouper, and when Will brought the order into the kitchen,  Michael told him that he needed to go to the farmers market to pick up the fish, and proceeded to give him directions on how to get there.” To Will’s surprise, the guests were still there when he got back and stayed while it was then cleaned and prepared. You could say that Maximillian’s was the original farm to table restaurant in Cary!

Folks have many memories of the place, including my neighbors who have lived here since 1991, who many times would stop in during the summer, only to see a sign that said “we’ve gone to the beach.” In the days before the internet, Margie added, that same note might await the staff when they arrived for a summer shift. Michael and Gayle Schiffer were a mentors and friends to the Henneessees for over twenty years before deciding to retire.

Buying Their Own Place

Last year, Margie and Will had started thinking about owning their own place, and were looking in the western mountains of North Carolina. At the same time, The Schiffers were trying to sell Maximillian’s and had a buyer interested in turning the location into a catering business.

It suddenly dawned on Margie that, “We don’t have to move, we’ve worked here for twenty years, why don’t we buy the restaurant?”, adding “Part of the reason we bought (the restaurant) is because Downtown is hopping.”

The sale was made official in January of 2016, and the following 4 months involved upgrading the Ansel system which handles the fire safety and sprinkler system. During the time that took to finish, the couple worked on the menu and updated the 20 year-old decor. You’ll see framed family photos in the bar and new colors on the walls.

Back to The Roots

The Hennessees are eager to bring back the fresh, Mediterranean flavors and menu favorites that they remember from when the restaurant first opened.  They will also support local growers and farmer’s market vendors whenever possible “When we can support that local cheese producer or grower from Chapel Hill, why wouldn’t we?”

Look for an updated website from them soon highlighting their new menu and a ribbon cutting and grand opening event will be announced soon.