Cary, NC – The idea of an “open mic night” is a common one in popular culture. But until a few years ago, Cary barely had any. Now, from music to comedy, there can be multiple options every night to see professionals and amateurs show off their craft in clubs and bars around town. 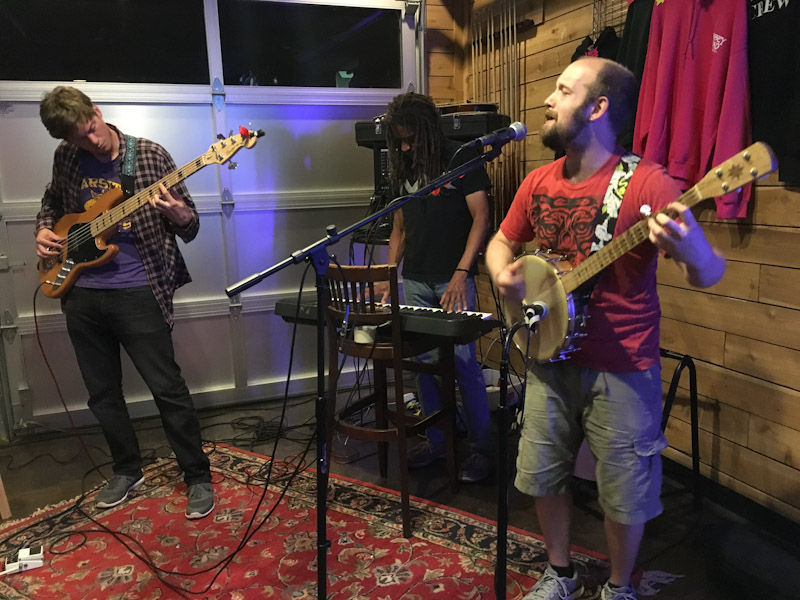 Music From Your Neighbors

At Abbey Road on Chatham Street, guitars, record sleeves and vintage posters hang on the walls. But owner Mike Montgomery said until four years ago, there was no open mic type events. “They never had live music at a place called Abbey Road,” Montgomery said in disbelief.

Montgomery, who has 20 years of experience working on live events for rock bands, said since taking over Abbey Road and starting the open mics, the weekly Wednesday shows have grown through the involvement of people such as local music teacher Tom Teachout.

“It’s been unbelievable. It went from just being Tom and me going up there to having 20 to 30 different people playing a night,” Montgomery said.

And Montgomery said the response from audiences has been growing too. “A lot of open mics, you have people with big heads but here, people go up and play bluegrass or jazz or metal or classical music and it’s all really well received,” he said. 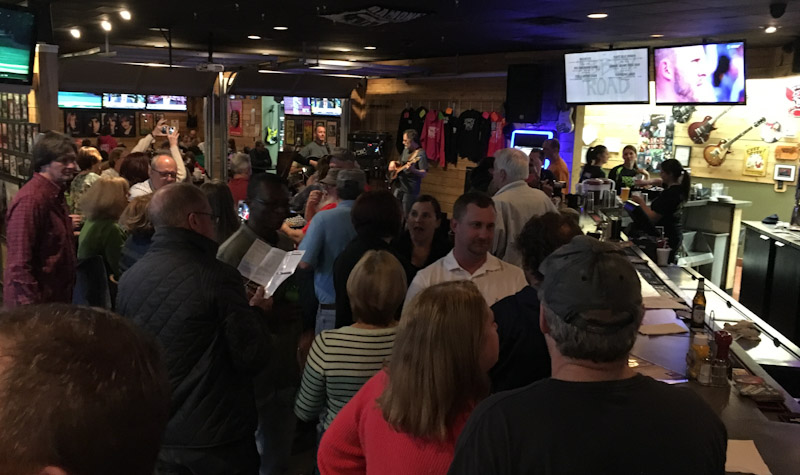 Open mics are not only good for audiences. They benefit musicians too. Isabel Taylor, a singer/songwriter based in Chapel Hill, said she recommends it to anyone who wants to get into music.

“Professionally, it’s a way to put new songs out there, hone your performance skills and build confidence,” Taylor said. “I don’t know how someone can start a music career without trying open mics first.”

Taylor joined with the North Carolina Songwriters Co-Op, which helps up-and-coming musicians get experience and encourages singers to go to open mic events. “When I started, my goal was to do an open mic and connect with a community,” Taylor said. “And grew into friendships and now we are all supporting one another.”

Abbey Road is one of many venues around Cary with open mic events (which you can find on our calendar or at TriangleLiveMusic.com/Open-Mics) and their growth has been faster since Montgomery started these shows along with co-owner Erin Montgomery.

“It took six months for it to really pop but now you have open mics popping up everywhere,” he said. 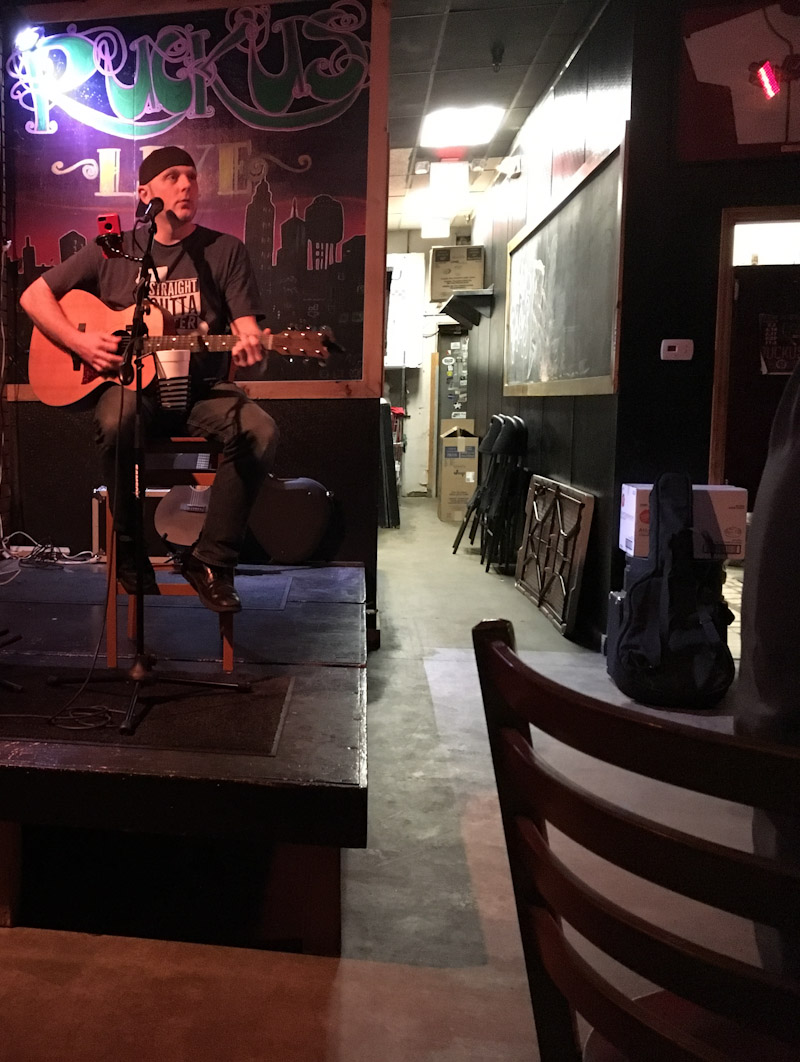 One of those new open mics to pop up is stand-up comedy at Fortnight Brewing on Maynard Road, which started in January 2016.

“It was slow at first getting the word out but it’s been growing,” said Abigail McKinney, events and office manager for Fortnight. “Now, we’ve got different groups of people going up.”

The event, which runs every other Monday, was brought to Fortnight by local comedian Brett Williams who had been involved in similar shows at clubs such as Goodnights and Kings Barcade in Raleigh.

“There wasn’t anything like it in Cary,” McKinney said.

McKinney said Fortnight held a stand-up comedy show on Halloween 2015 and it went over so well that they looked into future comedy events. She said, with an open mic, there are always very different types of comedy throughout the night but said the show is well received.

“The more audience, the better the set,” she said. And having Williams as a host has helped. “She lets people know they can’t just go up and ad lib,” McKinney said. “It’s an art and it’s a craft.”

All around Cary, you can find these kind of events waiting for new talents and crowds. And for anyone interested in trying an open mic, Taylor has advice.

“Keep in mind that the audience wants you to succeed,” Taylor said.

Go to an Open Mic 5 in Cary

Whether you want to listen or play, the best source for open mics in Cary (there are 5 as of this post) is TriangleLiveMusic.com/Open-Mics.

Story by Michael Papich. Photos by Tom Teachout and Hal Goodtree. Arts coverage on CaryCitizen is sponsored in part by Booth Amphitheatre in Cary.