Cary, NC – As Cary continues its plan for the next era in the town’s future, the next phase of Imagine Cary will soon be asking community members for their feedback when it comes to changes in the way Cary redevelops its land.

Imagine Cary has been going on for the past three to four years to try and map out how Cary will grow in the future. And town Planning Director Jeff Ulma said it is not as simple as determining what to do with open land.

“We’ve identified that we don’t have as much raw, developable land left,” Ulma said. “The future will be infill and redevelopment.”

Infill – reusing open space between buildings – and redevelopment means finding ways to transition the old uses for property in Cary in a way that hopefully benefits the town.

“Our ordinances for development today exist for telling people to go out to the fringes of town, find 50 acres of open land and build on it with enough separation from neighborhoods,” Ulma said. “When you have a two acre infill surrounded by existing properties, those rules don’t work.”

Before the town starts making these changes, Ulma said there will be open houses and other talks with Cary residents to make sure the plan is “on the right path.”

“We want to figure out our steps and strategies before we revisit the rules and regulations,” he said. “We may also work with people in construction and community members to hold a symposium and talk over these issues. We don’t want to just start writing ordinances.”

Ulma said hearing from the community is important because it can help find items the town has overlooked.

“We did this in earlier phases of Imagine Cary and had hundreds of participants give us thousands of ideas,” he said. “That kind of feedback helps us clarify parts of our plan and refine and shape our policy directions.”

Open houses to learn and give feedback on the town’s proposed changes to the rules around infill and redevelopment will be in the summer with comments sent online allowed at all times. The Cary Town Council will then look over the regulation changes, revised from community feedback, in September. 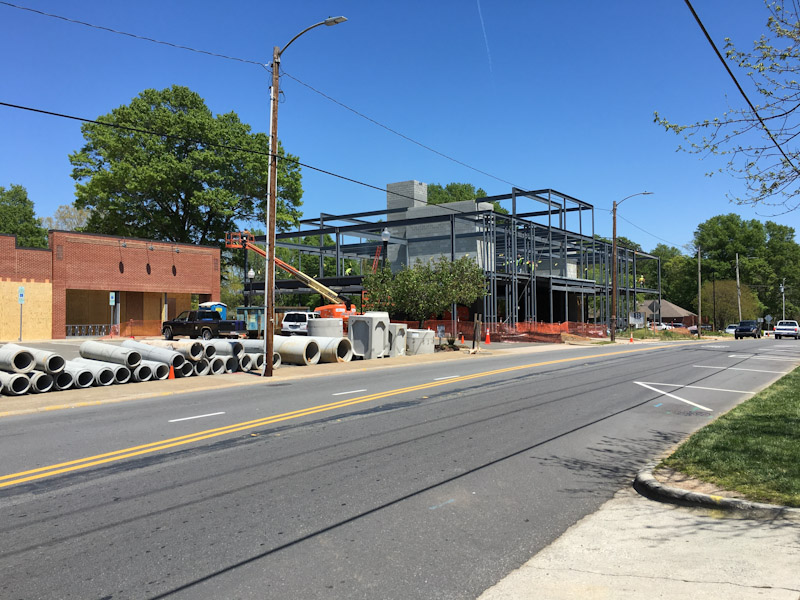 Ulma said redevelopment will have to take existing neighborhoods into consideration because it can mean a change to established order. However, Ulma also notes that Cary residents are the ones who have said they want new development in previous phases of Imagine Cary.

“People are interested in redevelopment. They don’t want to live next to a mall with empty storefronts and failing buildings,” he said. “But when change is needed and it’s near them, they start to get anxious too.”

And part of that anxiety comes from redevelopments often bringing in larger buildings.

“You don’t end up replacing things one-for-one. You get more density and more intensity,” Ulma said, adding that all parties are looking for a way to “balance both worlds.”

Even outside of neighborhood response, Ulma said those looking into redevelopment face challenges.

“You have to acquire land from out-parcels or shopping centers. Then, if it’s transitioning to a different kind of land use, you have the cost of tearing stuff down. And then there are utilities such as water and sewer lines,” he said. “It wouldn’t be the town doing this kind of work.”