Cary, NC – It seems like just yesterday that the Downtown Dining Map had just a dozen spots. Now, the list has nearly doubled to 23.

Downtown Dining was one of the first custom Google Maps we created.

Other custom maps on CaryCitizen include Cary Parks Map and our popular Supermarkets Map.

Some Have Gone & Some Remain

Over time, some eateries have closed while others have opened.

In Old Chatham Commons at the corner of W. Chatham and Harrison, Gianni’s gave way to Unvined. Now, the same spot is home to Kababish.

Across Academy Street on East Chatham, EJ’s Soul Food was succeeded by Cafe 121. Now, the same space is home to Crosstown Pub.

Since we first published the Downtown Dining Map, more and more retail space has been converted to food and beverage service.

None of the above-named had a food & bev business previously in the same spot.

Never mind the construction. Crash land your car somewhere and wander down Chatham Street. It’s the newest scene in the Triangle.

Visit the Downtown Dining Map or bookmark it on your phone. 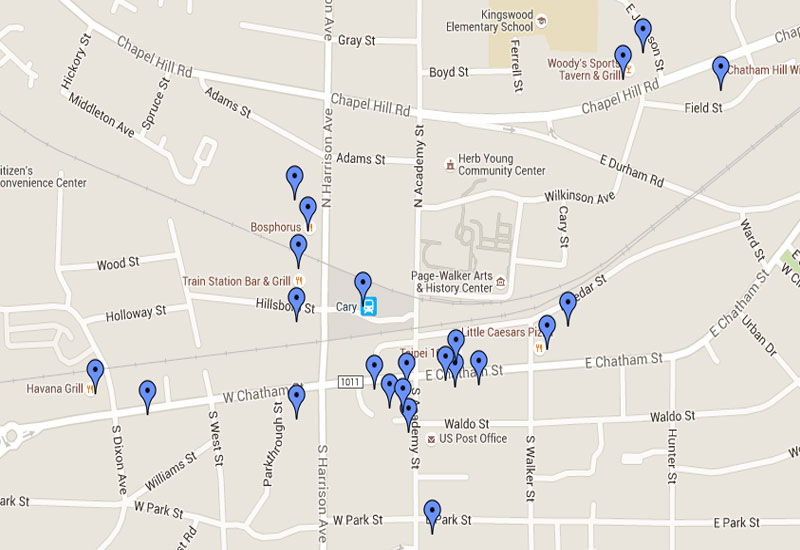