Cary, NC – The Carolina RailHawks had hoped to go far in the US Open Cup but the team was eliminated from the tournament after their match against the New England Revolution. 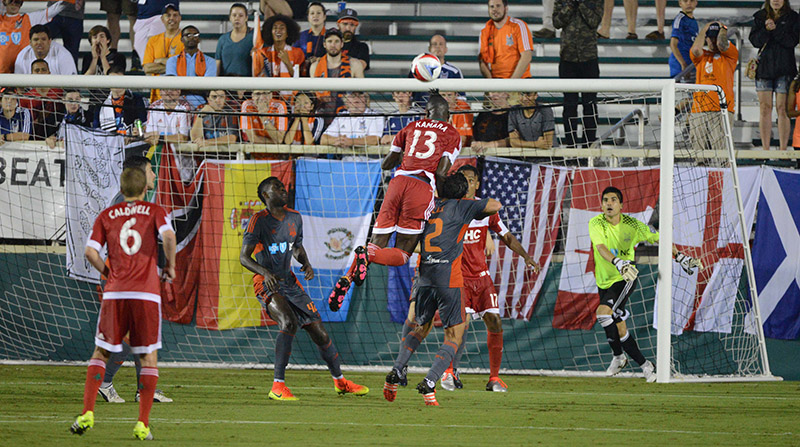 On the first rounds of the US Open Cup on Wednesday, June 15, 2016, the RailHawks played at home against Major League Soccer’s New England Revolution. For the first 90 minutes of the game, both teams were deadlocked with no goals between them. There was one close call early on as the Revolution had a free kick in the 25th minute but it was narrowly blocked by RailHawks goalkeeper Akira Fitzgerald.

The RailHawks also nearly scored around the 33 minute mark as a series of passes from Martin Ceballos to Austin da Luz to Brian Shriver set up a shot that skimmed the goal posts.

The match went into extra time, where the Revolution’s Zachary Herivaux scored in the beginning. RailHawks’ Alex Pérez had two close calls scoring on Revolution goalkeeper Brad Knighton, including one in the final seconds of the game, but both were unsuccessful and the RailHawks lost 0-1.

The RailHawks had already defeated the Charlotte Independence 5-0 on Wednesday, June 1, 2016 as part of the US Open Cup. 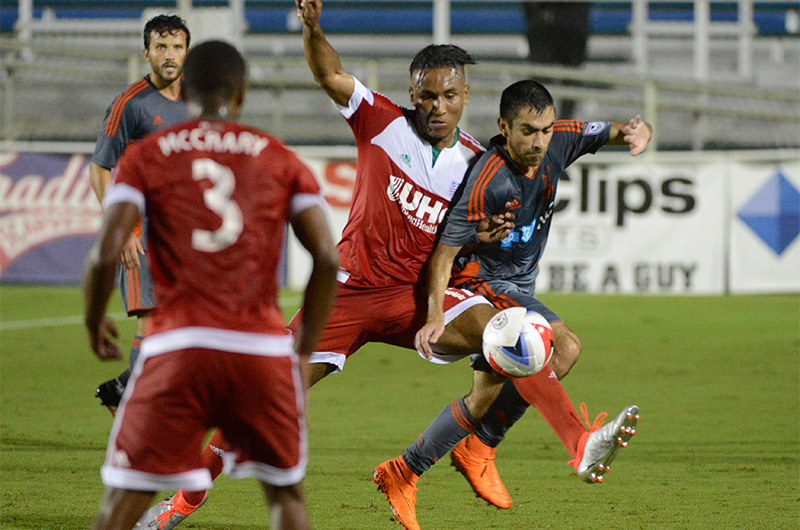 End of the Season

The last game on Saturday, June 11, 2016 marked the end of the Spring soccer season and now that the RailHawks have been eliminated from the US Open Cup, they will not play again until the start of the Fall season.

RailHawks head coach Colin Clarke said he was proud of his team but was nonetheless disappointed.

“We came off a tough game this past weekend, I thought the response was superb, we played well. We thoroughly deserved to win the game, and we didn’t,” Clarke said. “We didn’t take our chances and they shot from distance late into the game. I thought we were by far the better team for the course of the 120 minutes and should be through to the next round so I’m disappointed.”

The RailHawks end the season as the team with the fewest yellow cards in the North American Soccer League.

The first game of the Fall season is an away game against Minnesota United FC, who ended the Spring season as the fourth ranked team in the league. The first home game of the new season is against the Tampa Bay Rowdies on Saturday, July 9, 2016. 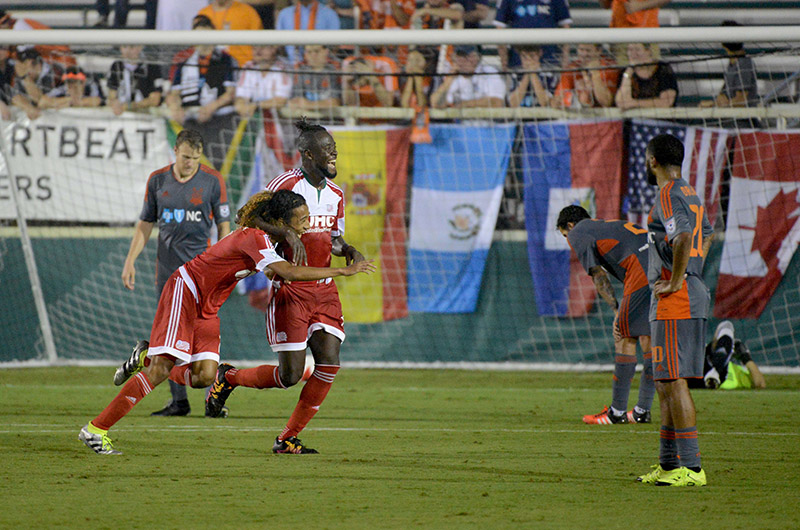 Business Bits: The Pointe at Weston and Waverly