Cary, NC – Independence Day is around the corner and it is always a big celebration in Cary. There are events all over town and here is a guide to the celebrations around July 4.

To warm up, try and check out one of these Independence Day Eve events in Cary.

The Cary Arts Center will host several bands and singers to perform classic American standards. Among the bands will be Applause! Cary Youth Theater and the Cary Town Band. At this event, the Cary Town Band will also be joined by a full chorus. The show starts at 5:30 PM.

Before Independence Day, The Cary Theater will be playing “Apollo 13” to tell the story of another famous American event. Starring Tom Hanks and Kevin Bacon and directed by Ron Howard, see the incident that invented the phrase “Houston, we have a problem.” The film starts at 2 PM. 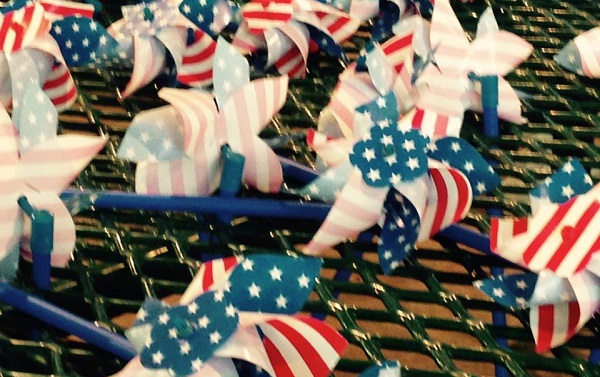 The day starts with a Fishing Tournament on the waterfront. There will be awards for both the largest fish caught and the smallest. The competition starts at 8 AM with registration at the waterfront.

The Parade in the Park starts at 10:30 AM at the Kiwanis Shelter and go to the boathouse. Kids can decorate their bikes, wagons or other vehicles at the shelter starting at 9:30 AM before getting into the parade. Awards will be given out for decorations by age group.

The lawn at Booth Amphitheater will be free and open to all visitors starting at 3 PM. There will be activities and events for people of all ages at the amphitheater, ending with two musical performances. First, at 5:45 PM, the Cary Town Band will play, then the North Carolina Symphony at 7:30 PM. The Symphony will be led by conductor David Glover and accompanied by baritone Scott MacLeod.

Following the performance by the symphony, there will be a fireworks show.

The Cary YMCA will host a variety of readings and songs related to the United States. There will be a reading of the Declaration of Independence, the Pledge of Allegiance, various histories of Founding Fathers and songs such as the National Anthem and “God Bless America.” It all starts at 10 AM.

For more events, check out the CaryCitizen calendar. 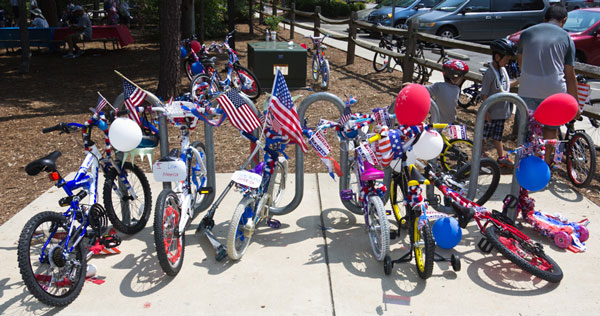 Events coverage on CaryCitizen is sponsored in part by Great Harvest Bread Company.