Cary, NC – The Triangle Aquatic Center‘s (TAC) swim team is already one of the top 50 teams around the country. But now, two coaches who have trained Olympic gold athletes have been hired to take the Titans to the next level.

On Tuesday, June 14, 2016, TAC announced Bruce Marchionda will be the new head coach of the center’s swim team, the Titans. Marchionda is at the highest coaching status in the American Swimming Coaches Association and is currently coaching in the South Florida Aquatic Club, where two of its members have qualified for the 2016 Rio Olympics.

“Bruce was hired to lead an experienced dream team of coaches to help each of our swimmers optimize their performance and develop the Titans into a Gold Medal Club,” said Michael Curran, chairman of the board at TAC.

The TAC Titans are currently a Silver Medal Club, meaning they are in the top 100 of USA Swimming-registered teams. All teams in the top 20 are ranked “Gold Medal” and the different medals allow teams to apply for grant funding and gives them the right to use certain USA Swimming logos in their advertising, among other things.

Marchionda is joined by TAC’s new Associate Head Coach John Payne. Both have a long line of experience, coaching swimmers who participated in the 2012 London Olympics.

“John Payne’s coaching style that focuses on the individual needs of each swimmer allowed me to perform at my highest level,” said Charlie Houchin, a gold medalist and Raleigh native.

This individual approach is something Marchionda emphasizes in his own style.

“With an individual approach to training, I look forward to leading an experienced and talented team of coaches to develop each athlete to their greatest individual potential,” Marchionda said. “The Triangle Aquatic Center is a place where I can put my skills and experience to work in an area directly related to student-athlete development.”

And Marchionda’s approach has helped some of the world’s most successful swimmers.

“Bruce is not only a great person, but a great coach that developed me from being a good swimmer to an Olympian,” said Claire Donahue, an Olympic gold medal winner.

With the addition of Marchionda and Payne, the TAC Titans now have five full-time and six part-time coaches. The new swim season begins September 1, one month after Marchionda starts his new position. 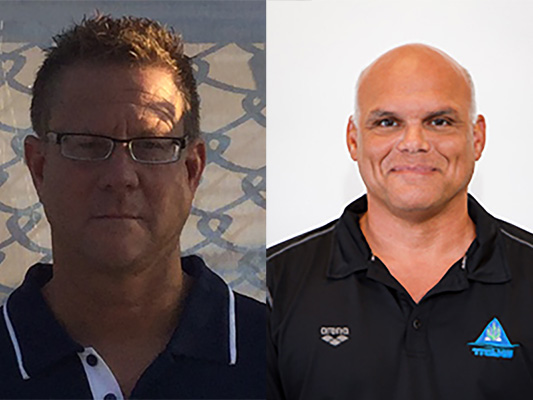