Cary, NC – For years, Cary residents have known Stonehaven Jewelry at its spot in Downtown Cary along Academy Street but the custom jeweler is now welcoming customers in a new location just around the corner. 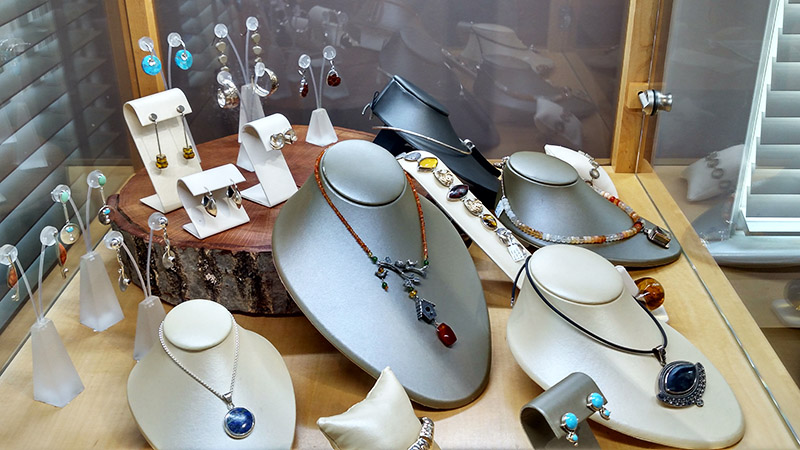 Custom Jewelry From the Home

Stonehaven Jewelry opened its location at 400 S Harrison Ave. on June 14 and president and creative director Ron Lodholz said they have loyal clients and the ones who know about the new spot have been receptive.

“The challenge is getting people to know where we are now,” Lodholz said. “With jewelry, we have some customers who come in on a regular basis or we may have some that come in a few times a year and if they come and we aren’t there, that’s not good.”

“We are not set up to be a mall-type store,” Lodholz said. “We are set up to focus on one customer’s needs and how to best take care of them.”

Stonehaven sells custom-made jewelry and has work from many different craftspeople, including Lodholz himself, using techniques and levels of craft work that few people in North Carolina still do.

“We are focused on making that one piece that is as unique as the person who’s going to wear it,” he said.

The Harrison Avenue location doubles as Lodholz’s home with his wife and he said he always wanted a live-in workspace.

“I had every intention of building a house by our Academy Street location but after a few years, I wasn’t getting the answers I needed from the town for how to proceed,” he said.

When the house on Harrison Avenue became available, Lodholz said he grabbed it up because it was already set up for the kind of work he needed. 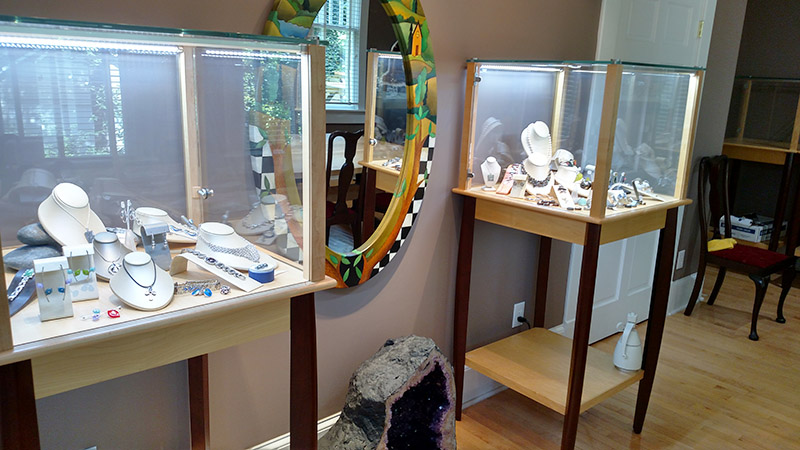 While it was not the primary reason for Stonehaven’s move, Lodholz said the construction along Academy Street played into his decision. Lodholz said he was initially a “cheerleader” for the work on the road and said the town took his input and gave him a lot of time.

However, as time tables became less accurate and Cary did not provide the kinds of signage for directions he was expecting, as well as the closures of the sidewalks, he said it caused problems that fought his desire to stay downtown.

“The town had plans so we made plans. When Cary’s plans changed, ours had to change too,” Lodholz said. “We based our information off of what the town told us.”

Lodholz said he thinks the plan to redo Academy Street is still a good idea and expects it to look terrific when it is done but he could not stay.

“I  couldn’t afford to go through another Christmas on Academy Street,” he said. “I can’t wait until November to see if it’ll be done.”

When Academy Street is finished, Lodholz expects new businesses to come in and thrive and he still owns the former Stonehaven Jewelry property and is looking for a tenant for the 116-year-old building.

In the meantime, Lodholz said he is trying to think positively about the whole situation.

“You can get angry and yell but the only thing I can change is how I feel about things,” he said. 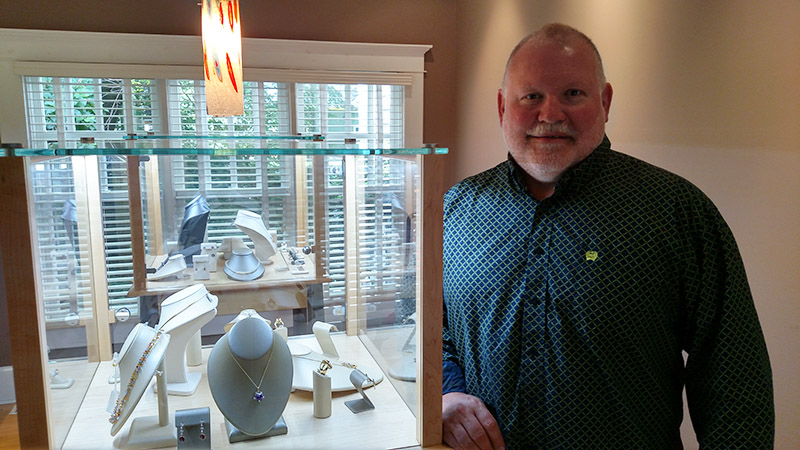 Story and photos by Michael Papich. Downtown coverage on CaryCitizen is sponsored in part by Everything’s Better Monogrammed.