Cary, NC – Those of us who live in Cary know firsthand what a nice place it is to live. Now there is data to back up what residents feel as a new study ranks Cary as the 2nd most successful city in the country based on income and employment opportunities.

In the study from Zippia, a research center for career data, all cities and town with more than 100,000 people, not counting unincorporated area, were evaluated and ranked based on three factors: median income, poverty level and unemployment rate.

“Success can be measured a lot of ways but we went with what most people think of which is how much money you make and how likely you are to get a job,” said Nick Johnson, spokesperson for Zippia.

This is the same set of criteria used in the American Community Survey done by the U.S. Census Bureau.

“The only way to look at success with data is to see if there are good jobs and how much money people make,” Johnson said. “Of course, there are more philosophical ways to determine success but this is what we focused on.”

In their study, Zippia found that Cary’s median income is $91,481 a year, meaning half of the town’s residents make more than that and half make less. Also, Cary had the 9th lowest poverty rate out of the 289 municipalities looked at in the study, with only 2.43 percent of residents living below the poverty level. On top of that, Cary had the 10th lowest unemployment rate at 3.4 percent.

Those figures were averaged out and left Cary as the 2nd most successful town or city, falling just behind Frisco, Texas.

“When you’re measuring three different criteria, across the board there is a lot of data that goes into the rankings,” Johnson said. “Cary did better in some things and other cities did better in others but at the end, Cary came out in 2nd place.” 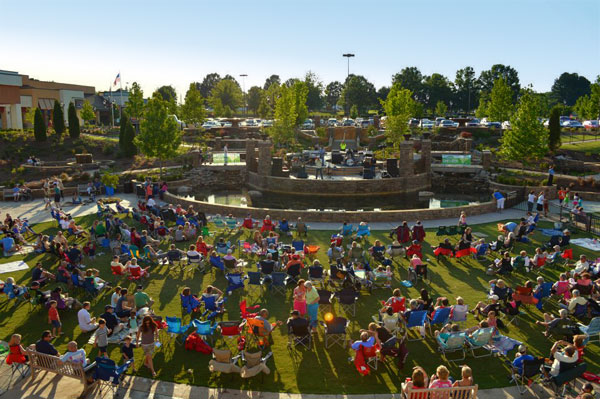 If you have been reading reports about top-ranking cities and town in North Carolina and the United States, you have seen Cary get similar accolades in the past, to the point where Johnson said such results are not a surprise.

“It’s a well-known story at this point. Everyone in Cary already knows,” he said.

But this kind of data corresponds with increased growth in Cary as more and more people move in every year.

“Over time, people will continue to figure out that Cary is a good place to move,” Johnson said. “Seeing another study like this reinforces that idea for someone thinking about moving.”

Johnson said it is results like this that have more of an impact on where people choose to relocate in the United States with the prevalence of new technology.

“People use the internet more and more to look for places to live,” he said. “Real estate agents might be going the way of travel agents.”

Cary’s income per capita is $43,332. Data on poverty and unemployment in Cary came from city-data.com and the Bureau of Labor Statistics respectively.