Cary, NC – The Carolina RailHawks returned to WakeMed Soccer Park to win with a commanding lead in the season’s first home game against the Tampa Bay Rowdies. 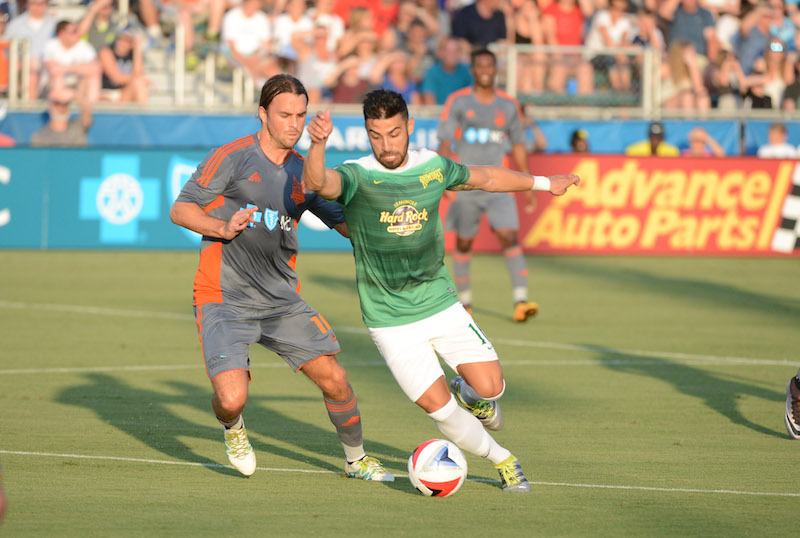 The RailHawks first goal, which came early in the match, came from the team’s newest player, Matt Fondy. Fondy joined the RailHawks in late June, coming over from Jacksonville Armada FC. Fondy is a Golden Boot winner and was the 2015 MVP for the United Soccer League.

“[Fondy] is a center forward who loves to get in front of goal, makes runs across defenders, puts them under pressure, works hard and makes the people around him better because of that,” said Colin Clarke, RailHawks head coach. “He loves to score goals, and I think that will be the first of many, a great performance.”

This was also Fondy’s first goal scored as part of the RailHawks and first goal of the 2016 Fall Season, which started Saturday, July 2, 2016. 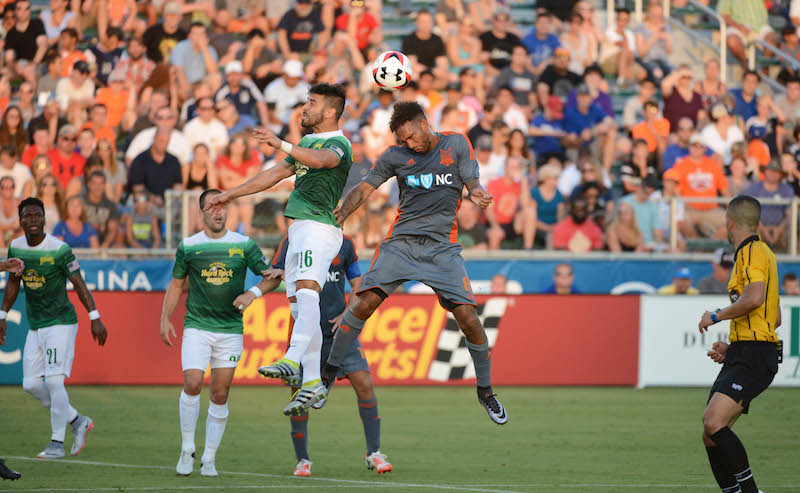 The Rowdies were only able to score one goal on the RailHawks during a penalty kick from Tampa Bay’s Georgi Hristov in the 19th minute. But the RailHawks would get their own shots as two penalties on Rowdy allowed Carolina to get penalty kicks of their own, with Brian Shriver and Austin da Luz both scoring on Rowdies goalkeeper Matt Pickens.

Finally, the RailHawks’ Nazmi Albadawi got a big, unassisted goal in the final minutes of the game, ending the match at 4-1.

“It’s been a long time coming,” Clarke said. “We got what we thoroughly deserved, and that was a big win and three points.”

With this victory, the RailHawks are ranked 7th in the North American Soccer League for the Fall Season, following their loss against Minnesota United FC at the season opener. 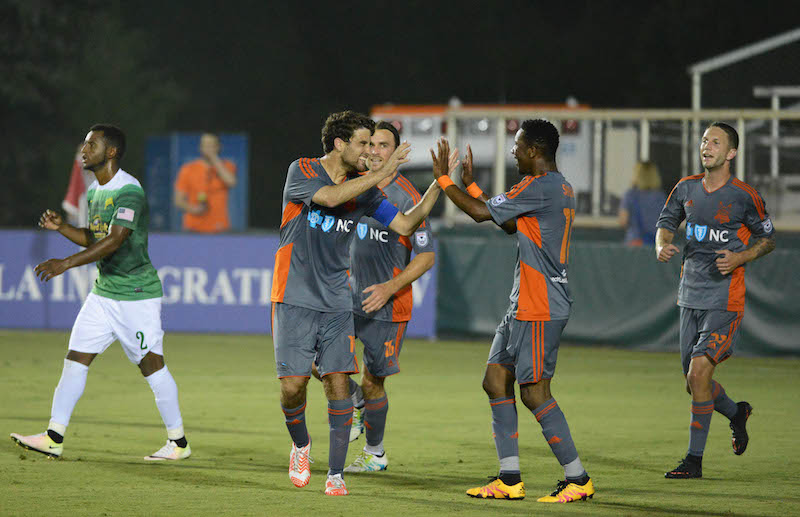