Cary, NC – Even with the July 4th holiday weekend over and done, there are still lots of fun things to do around town in Cary. Here are just some of the great events going on this weekend.

Get involved in Cary civics with a variety of events in town. The Rotary and Kiwanis Clubs are meeting at 6 PM this Thursday, at the BNC building and the Perkins restaurant respectively. Also, the Cary Town Council is having its biweekly meeting at 6:30 PM at Town Hall.

The 17th Annual Animation Show of Shows is playing at The Cary Theater at 9 PM. See 11 animated short films from around the world, including two Academy Award-nominated films: World of Tomorrow and We Can’t Live Without Cosmos. The films are acceptable for children but tackle sophisticated topics and themes meant for adults. The show is also playing Saturday, July 16; Thursday, July 21, 2016; and Saturday, July 23, 2016.

Cary’s Outdoor Sculpture Exhibition starts at 5:30 PM at the Page-Walker History Center. See the new sculptures from artists of all backgrounds that will be around Cary, plus vote for the best in show. You can also meet with the artists, local leaders and get a drink while you’re at it.

Wine Away Friday is going on at Chatham Hill Winery. Starting at 7 PM, enjoy some wine from the local Cary winery while listening to live music and sitting under the stars.

Hometown Hilarity is a stand-up comedy event sponsored by the Town of Cary. Hosted by Southern comedian Larry Weaver, this show at the Cary Theater will feature a number of local comedians with their observations on life. The show, starting at 8 PM, is clean and appropriate for all ages. 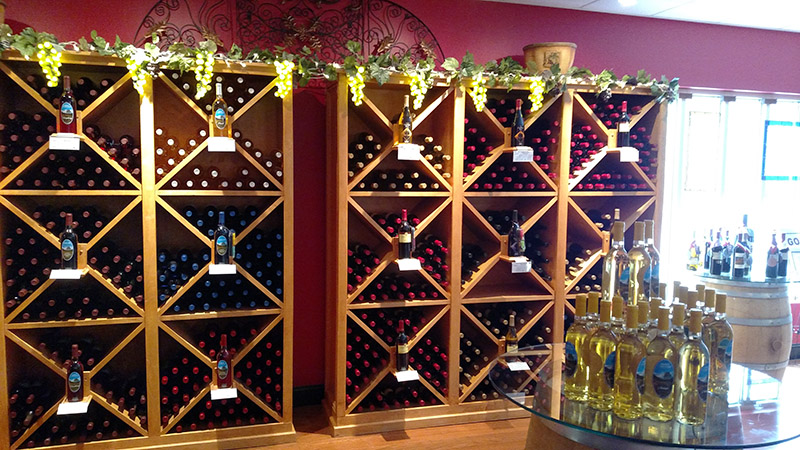 Acoustic Nights in the District is free outdoor music in front of the Stone Theater at Park West Village. This weekend’s artists are Earline on Friday, July 15 and Britney Monroe on Saturday, July 16, 2016.

Barnes & Noble is having two events on Saturday for pop culture fans. At 4 PM, they are having giveaways for Pokémon products and holding other events to commemorate the 20th anniversary of the major video game franchise. Later, at 7 PM, they are holding events and giveaways for fans of manga and other comics, plus a visit from Canadian comics artist Camilla d’Errico.

For more on Saturday’s events, check out our calendar.

Town Hall Campus will officially open to display the sculptures unveiled at Friday’s exhibition. You can walk around and get up close to the new art that will be around Cary for the next year and take some pictures.

Grief Share Classes are an outlet for anyone dealing with some kind of grief or other personal trouble. Meet with sympathetic peers at Westwood Baptist Church, with the meeting starting at 2 PM.

Jaws is playing at the Cary Theater at 2 PM this Sunday. There’s not a lot more to say about Jaws. It’s great.

And there’s more Sunday events over on our calendar.

Starting this Friday, the Honest Pint Theater Company will be performing Hamlet at the Leggett Theater at William Peace University in Raleigh. Starting at 7:30 PM and 2 PM on Sundays, the players will be putting on Hamlet while adhering as closely as possible to the early 17th Century documents recovered from Shakespeare, including the Hamlet folio from 1623.

The Dangling Loafer is the state’s top independent showcase of stand-up comedy, with Triangle stand-up comedians performing at Raleigh’s Kings Barcade at 8 PM.

The LOVE Revue is an event to support the LGBTQ community in the wake of the attack in Orlando. At Durham’s Motorco starting at 10 PM, there will be music, burlesque, dance and more, with all proceeds going to the LGBTQ Center of Raleigh. The event is produced by the VaudeVillain Revue, not to be confused with the former NXT Tag Team Champions, the Vaudevillains. 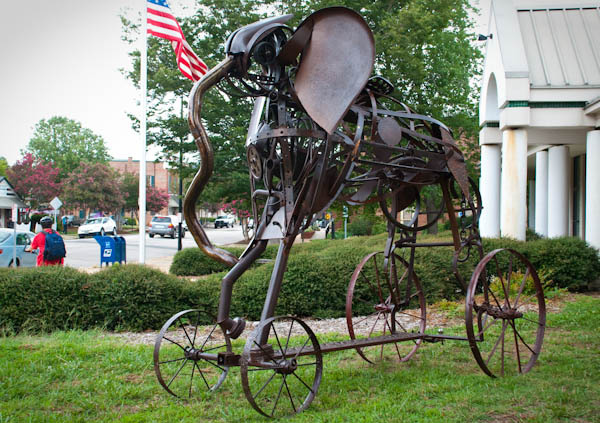 Story by staff reports. For more events and info, check out the CaryCitizen calendar. Photos by Hal Goodtree and Michael Papich.