Cary, NC – This week was a typical slow summer week.

Monday – Downtown and Other Developments

Monday started with my weekly one on one meeting with the Deputy Town manager and one of the Assistant Town managers. We talked about several issues including the Academy Street construction which is now projected to finish around October. I was also told about an announcement that La Farm Bakery, which will open its second in downtown Cary, would be made Friday. This project had been in the works for quite some time so I was glad to finally hear that it was happening. Other topics included the state property next to the Wake Med soccer park, Jack Smith Park, the downtown park, and the Cary Chamber retreat that was held Thursday and Friday.

Tuesday afternoon I contacted the Apex mayor about citizen concerns raised about an apartment proposal in Apex on the Cary border. Here are the points he made:

It is important to understand that Cary has no authority in Apex. However, Cary and Apex have a great working relationship. And the Apex mayor is always willing to work and discuss issues between our two municipalities.

Later Tuesday I met with a developer who recently proposed a storage facility behind the shopping center at Kildaire and Maynard that was denied. He expressed an interest in getting a waiver from the required one year waiting period after a proposal is denied. In addition, he is interested in getting two of the parcels of the original proposal rezoned to commercial without specifying what would be built. If that were approved then a council decision would not be required for a storage facility. If this is the case council will view this as a circumnavigation around the process. We’ll see how this moves forward.

Some of the takeaways from the work session on the design of the library and parking structure included:

This part of the work session took a little over an hour.

The work session on the Eastern Gateway lasted about two and a half hours. The Eastern Gateway is bounded by Chapel Hill Road to the north, Walnut Street to the south, I40 to the east, and Maynard Road to the west. Visions and designs were presented to council which was discussed at length resulting in a few changes. Some of the most interesting takeaways from this work session included:

Other parts of this plan include area north of Chatham, east of the soccer campus, and the mall site. Some options will be brought back on how to best connect the mall site to the state site across Cary Town Boulevard. This will include bike and pedestrian access. The Eastern Gateway is part of the Imagine Cary process but has been accelerated to finish earlier.

Thursday I traveled with Mayor Pro-Tem Yerha to the Cary Planning Conference in Wrightsville Beach. I was surprised when I was asked to give remarks to the attendees before dinner. I thanked the crowd made up of a who’s who of those that have stepped up to help Cary in various ways. I then recognized our soon-to-be town manager and thanked him for attending.

Friday morning before the beginning of the planning conference sessions I had breakfast with the Wake County manager and we talked about the Hotel, Meal, and Beverage tax. He said that he and his staff will soon tour all of the current Cary facilities. This is a great start. I hope that from their tour they realize that Cary is truly an amateur sports mecca and is drawing thousands of people and creating millions of dollars in economic benefit. Bringing tourism and dollars to this area is the purpose of the tax.

Later I attended the morning sessions of the planning conference which included updates from the Wake County manager. Some of the take away points from that presentation included:

He also talked about trends and transit.

The next presentation was from the Wake County School superintendent and a school board member. Some of the take away points from that presentation included:

They did state that they get up-to-date accurate information from Cary that helps them plan.

I next introduced Sean Stegall who will be our next town manager. He talked about why Cary is so special and why he wants to be in Cary. He will be sworn in on August 4th at 7:30.

The last topic before lunch was from the Executive Director of the Regional Transportation Alliance. He talked about the transit plan and the upcoming bond referendum. He made one point that people might not be aware of. The vote in the fall is the funding of the plan not a vote on the plan. The plan has already been approved.

After the morning sessions were complete the Mayor Pro-Tem and I returned to Cary.

Next week will include a regularly scheduled council meeting on Monday which is very unusual. Activities also include a ribbon cutting, and a meeting with a school board member.

Well, that is all for this week. My next post will be on Sunday, July 31st.  Although I have Facebook and Twitter accounts those are not the best means of communications with me. Please send all Town of Cary questions or comments to Harold.Weinbrecht@townofcary.org and email personal comments to augustanat@mindspring.com. 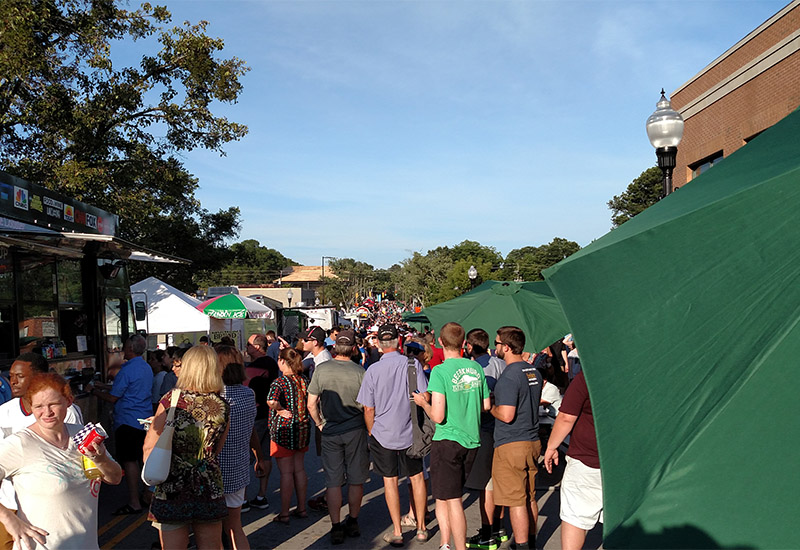