Cary, NC – When the Carolina RailHawks signed soccer star Omar Bravo, it was in hopes he would be a big scorer for the team. That proved true when Bravo helped the RailHawks get three goals in their tie game against Miami FC. 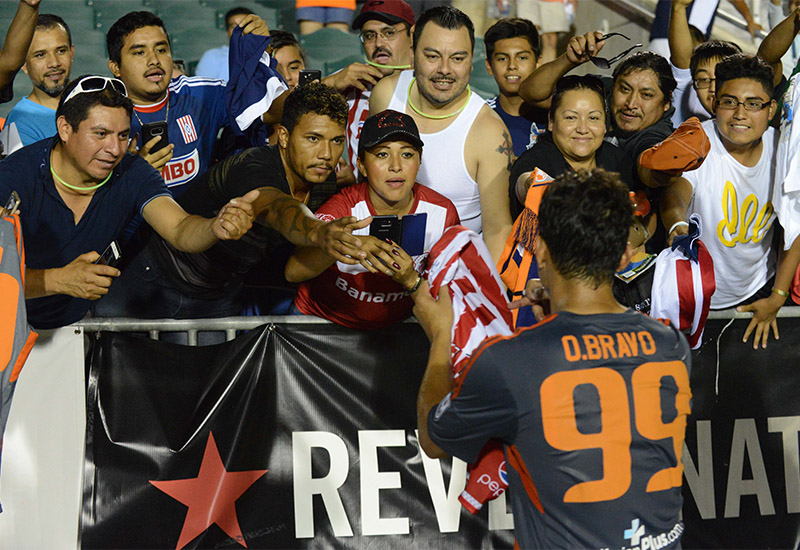 Omar Bravo with fans at the RailHawks home game

While Bravo played the final ten minutes of the RailHawks record-breaking game against West Ham United, the Friday, July 22, 2016 home game was Bravo’s first official home game for the Carolina RailHawks. He scored in the 78th minute thanks to an assist from Tiyi Shipalane. 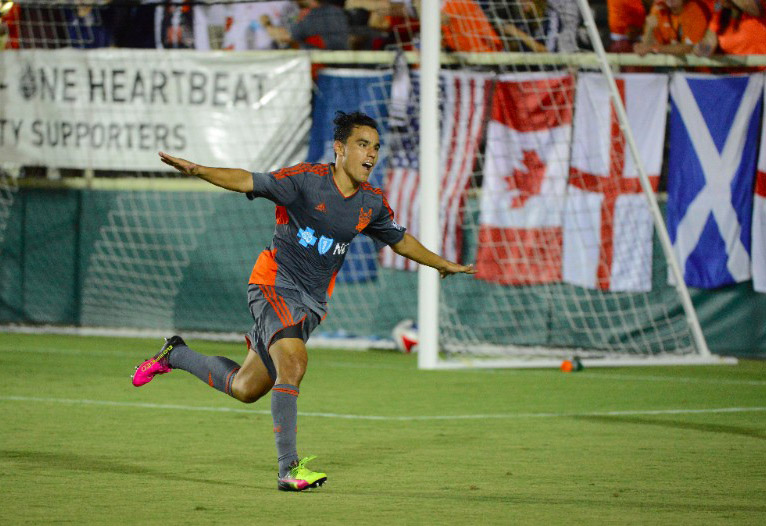 Bravo wasn’t the only new player to score big at Friday’s game. Matt Fondy, the RailHawks’ other new signee, made a very close goal in the 30th minute when Nazmi Albadawi’s free kick caused a scramble in front of the goal.

Brian Shriver also scored at the game, taking advantage of a cross from Shipalane to get a big goal.

“I think it was a great effort from the team,” Bravo said. “It was great to get on the field for the first time. I think that it’s important to get to know your teammates.”

However, as many goals as the RailHawks scored, Miami FC answered back with three of their own, drawing the game at 3-3. 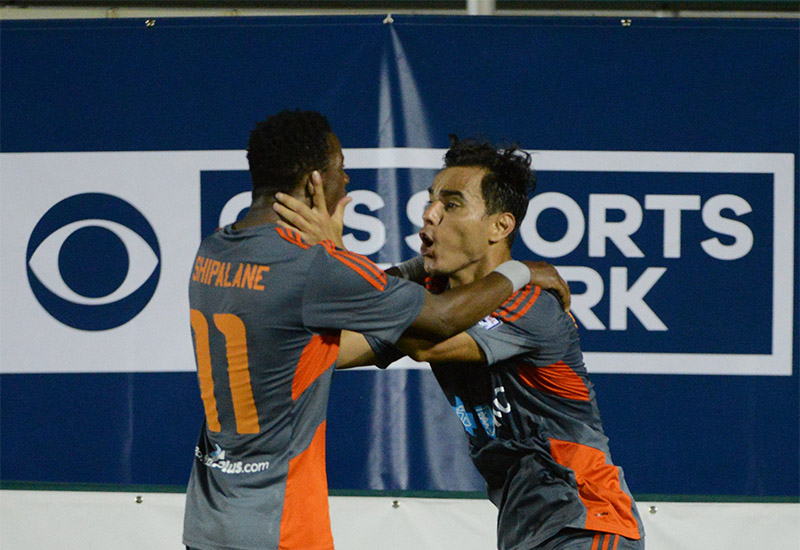 Bravo with Tiyi Shipalane after his first RailHawks goal

With the addition of Bravo and Fondy, the RailHawks roster appears to be more robust going forward. Fondy scored his second goal in three games and Bravo played all 90 minutes of Friday’s game while also scoring a goal. On top of that, Shriver is now fourth in the NASL in terms of goals scored this season.

The RailHawks are now ranked fifth in the league. Their next home game is Saturday, August 13 against Puerto Rico FC, the league’s newest team. 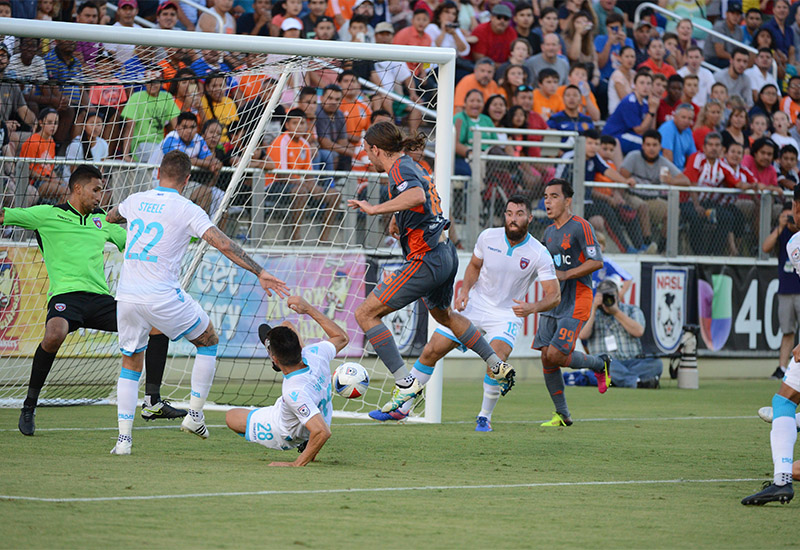