Cary, NC – Throughout Cary’s history, the changes and developments in the town can often be linked to the mayor that presided over them. In this story on town history, we’ll look at one mayor who worked to modernize Cary, Mayor H. Waldo Rood.

Moving Into the 20th Century

While Cary has been a bustling commercial center since the 19th Century and produced one of North Carolina’s if not the South’s top thinkers when it came to reforms, for a long time it was very old-fashioned in the way it conducted business.

For example, since 1871 when Cary became incorporated, it operated as one mayor with five commissioners, each one in charge of a particular service around town. One commissioner was in charge of fire and police, another garbage clean-up and so on.

So somewhat ironically, the mayor who made changes to move Cary into a direction other towns across the country were taking came from one of the oldest families here. Mayor H. Waldo Rood’s grandparents moved to Cary in the 1870s. His father, George R. Rood, worked as a minister while Rood became a school teacher and radio engineer.

In Rood’s first year as mayor, 1949, he immediately made changes by creating the Planning and Zoning Board. This created building requirements for construction around town and new standards. At the time, residents complained to Rood that this would mean “having regulations like Raleigh” but that was part of the idea. Rood and the rest of town staff did not want Cary to be the place where builders put the sub-standard construction they could not get done in Raleigh.

The first building given permission by the town’s new Planning and Zoning Board was Chatham Station on West Chatham Street.

Rood’s other major contribution to the modernization of Cary bookended his mayoral career as he pushed for a change in the structure of Cary’s government. Instead of the mayor-commissioner set-up, Rood advocated having a mayor, a town council and a town manager – the system we have in place today.

Rood was out as mayor by the time Cary switched over in Thursday, April 6, 1961. Opposition to the plan included fears that a town manager would mean a new employee for Cary to pay, draining our resources but Rood urged this system would improve town efficiency. 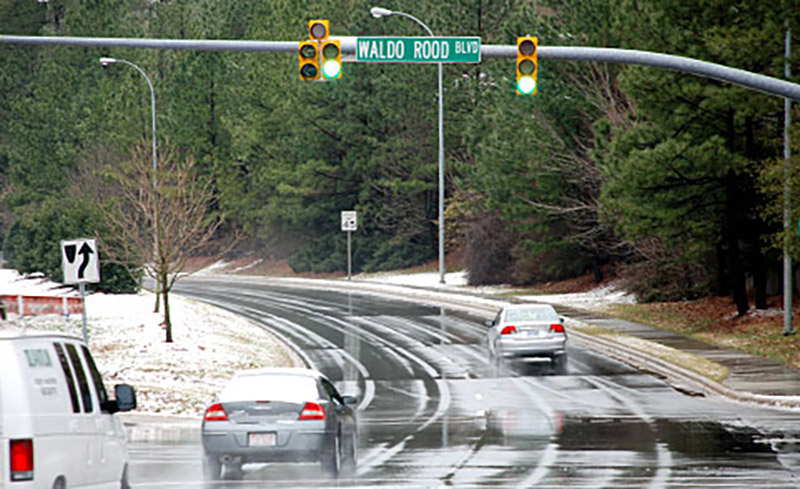 Rood was one of Cary’s longest serving mayors, from 1949 to 1961. During that time, Rood oversaw the creation of a Cary Fire Department, which took over from the Cary Volunteer Fire Department on Thursday, April 20, 1961. There was initially some friction between the new and old employees and concerns that the new department would not reach rural areas but this was solved when the department was split to focus on specific regions in and around Cary.

Rood was also the last owner of the famous Page House where the Page family had grown up. It burned down in an electrical fire on Tuesday, September 20, 1970 – just before Cary’s Centennial.

The new location for Cary’s Town Hall in 1975 was also thanks to Rood, who sold his land in the center of Downtown Cary. The old Town Hall was a house that had been used since 1925 and was barely able to stand with the constant stream of police, clerks and other town employees who came in and out of it.

Having Town Hall in Downtown also helped to revitalize the area and Ralph Ashworth of Ashworth Pharmacy said it “saved Downtown.”

Story by Michael Papich. Sources: “Around and About Cary” by Thomas M. Byrd.