Cary, NC – With the record for most Gold Medals at a single Olympics Games going to a swimmer, swimming gets a lot of attention every four years at the Summer Games. And this year, one local athlete who trained at the Cary YMCA made it to the Olympic trials to show the world what she’s got. 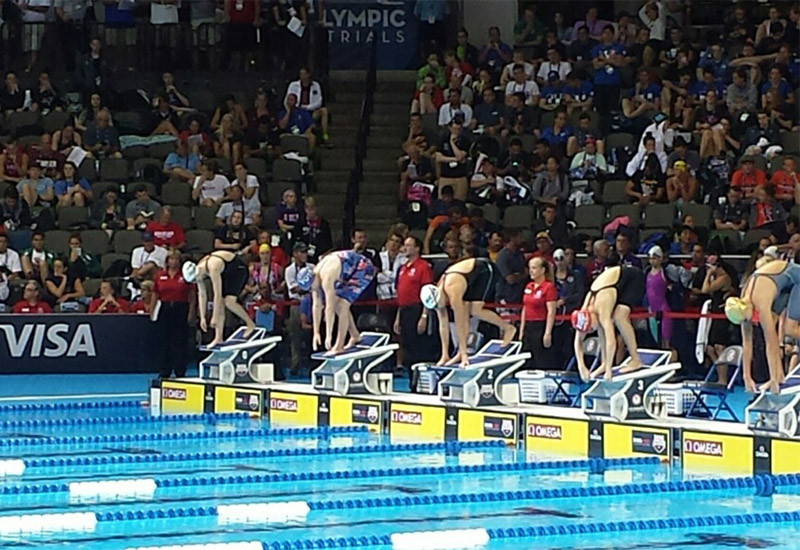 Williams in Lane 1, with the multicolored suit and YOTA cap

The swimmers at the Olympic trials are fast, obviously, but the United States also has the world’s fastest Olympic swimming trials. Katy Williams of Apex was one of those fast athletes to make it and she said it was a powerful experience.

“Before the meet, I was very nervous and very excited at the same time,” Williams said. “I had to calm myself down and remember, ‘Just treat this like any other meet.'”

Williams participated in the 100 and 200-meter breaststroke and said it was exciting to be using the same pool as so many titans of the sport.

“I was in the same place as Michael Phelps, Missy Franklin, Ryan Lochte,” Williams said. “These are my heroes. These are people I looked up to.”

Williams said she has been swimming competitively most of her life and had goals in mind even at a young age.

“Since I was eight, it was a goal of mine to compete on such an elite level,” she said.

And once Williams made it to the Olympic trials level, she said people took notice.

“Swimming isn’t that big of a sort and people only pay attention to it once every four years,” she said. “But when you tell them where you’re going and they hear that word ‘Olympics,’ it registers and they congratulate you.”

Williams is currently swimming for Davidson College where she is the record-holder in the 100 and 200-meter breaststroke, the 200-meter IM and the 200 and 400-meter medley relays. But Williams trained in Cary as part of YOTA (YMCA Of the Triangle Area) and wore a YOTA cap to the trials.

“I love that I got a chance to train under YOTA and got to qualify with them,” she said. “For years, they were my family.”

At the trials, Williams said she was cheered on by other YOTA members, was approached by younger area swimmers and even got compliments from coaches she had not trained under. 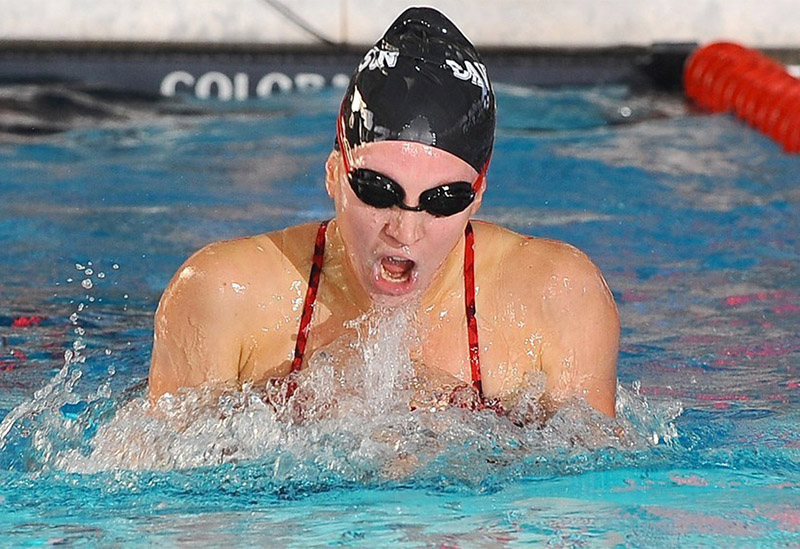