Cary, NC – With the news that a patient who had contracted measles was in Cary, the Wake County Human Services Division of Public Health is trying to contact people who may have been exposed to the disease.

What You Need To Know

Dr. Kim McDonald, medical director of human services in Wake County, said the department first became aware of the case when they received an alert from the patient’s local provider on Sunday, July 31, 2016. Since then, the county has released a list of locations, dates and times when people could have been exposed to the patient. 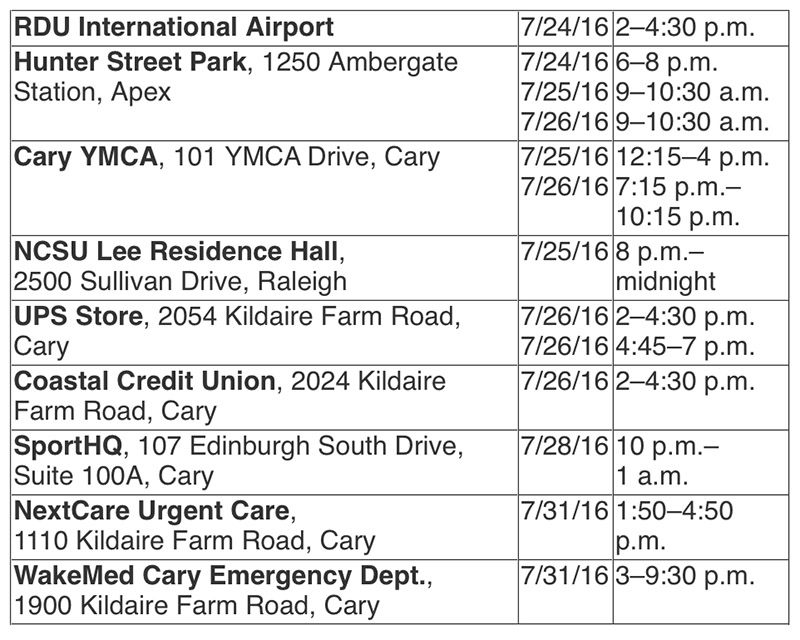 “If they fall into one of those locations, they should call their local provider or call the department directly,” McDonald said.

McDonald said the department is also trying to get the names of people who were in those locations and speak with them directly but are not able to find everyone and ask for people to make themselves known.

For those worried about contracting the disease, McDonald said anyone who is fully vaccinated is protected from measles.

“Even just one dose offers 93 percent protection,” McDonald said. “And the entire state has a more than 90 percent vaccination rate so that protects people as well.”

She said her biggest message to people in the wake of the measles news is to get vaccinated.

As for the patient who tested positive for measles, McDonald said that person is currently doing well. The patient is believed to have contracted measles while traveling extensively in Europe. 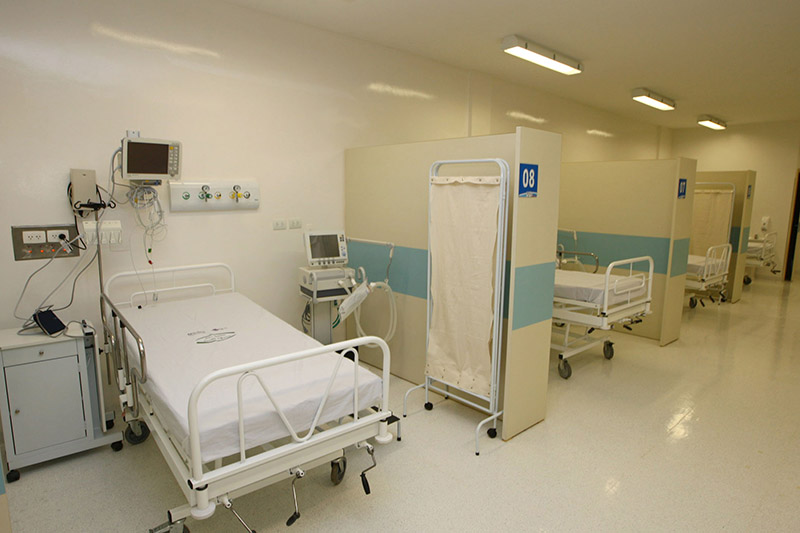