Cary, NC – At the latest regular meeting of the Cary Town Council, several issues saw concerned residents come out to voice their worries about proposed developments in their neighborhoods.

This meeting was the first for Cary’s new Town Manager, Sean Stegall, and he saw a lot of Cary come out on Thursday night, August 11, 2016.

What took up much of the meeting was a proposed development of land near Morrisville Carpenter Road. This is a large piece of land, some of which contains the historic Ferrell farm. The plan by the developer and land owner is to turn this area into a mix of offices and residential neighborhoods. Cary statues would mean a connection road would need to run through this developed land, connecting the various neighborhoods such as Carpenter Village and Wexford. 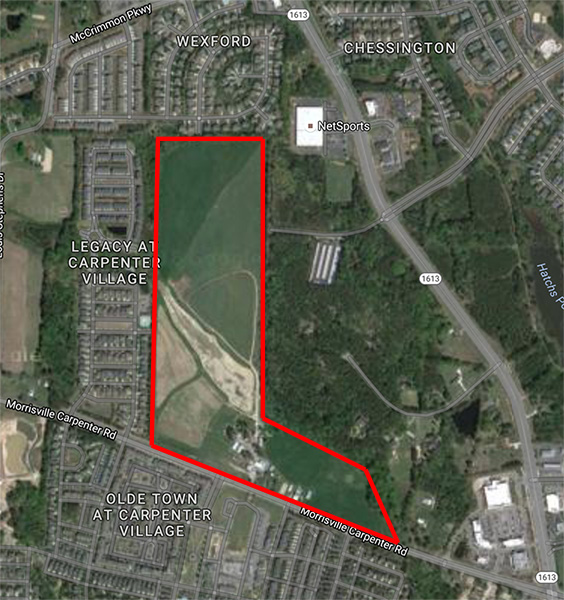 The land for the proposed Carpenter Village property

David Ferrell, current owner of Ferrell Farms, talked about the history of his family there, with himself and his daughter being the fourth and fifth generations to live there. His house will be moved to the lower right corner of the property.

Ferrell said he and his family have not opposed developments and changes to Cary before but are worried about the connecting road going through and said he believes the best use for this piece of land is residential.

Three other people came to speak, representing the surrounding neighborhoods. Many more were in the audience and stood up to show their numbers. All three talked about concerns with the connecting road and new cars coming through their neighborhoods, with one speaker mentioning fatal car accidents that involved children in the area.

This proposal has not yet gone to the Planning and Zoning Board but Town Council repeatedly said that the requirement for connecting roads are something they came up with and have been trying to improve the language to best fit the community. But many, including Councilmember Don Frantz, said these neighborhoods were designed to one day connect.

“Those neighborhoods were stubbed,” Frantz said, “They knew this was coming.”

Councilmember Jennifer Robinson pointed out the potential usefulness for the connecting roads and told the residents in attendance they would come to appreciate them, which got some vocal disagreements from the crowd back at her. Robinson also said there needed to be some controls for speed on the connecting roads, in the form of provisions such as raised walkways and speed humps.

Carpenter Village and Wexford were not the only neighborhoods out Thursday night. A public hearing on proposed rezoning of a small piece of land along Holly Springs Road to add three new homes brought out concerns about more run-off generated by the development. The land is on a hill and two residents spoke out to say there is already flooding in this neighborhood during heavy rain and were worried this would increase it.

Part of the concerns came from the fact that this development is so small, it may be exempt from subdivision plan requirements. Whether or not it is exempt would depend on how roads are installed on the property, which has not be determined. 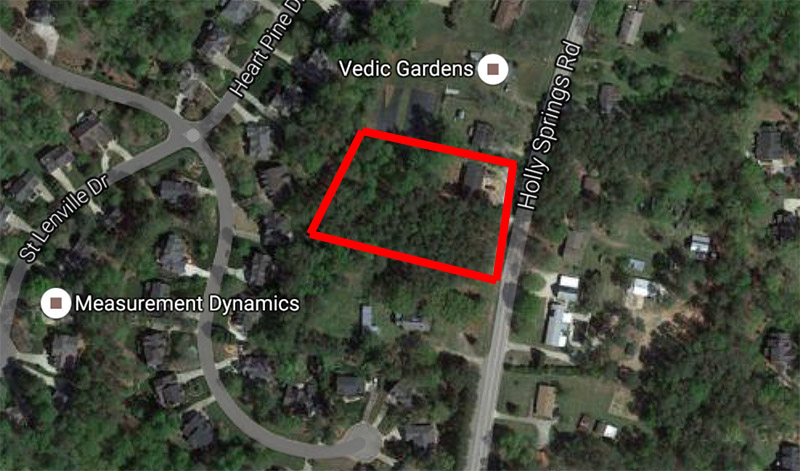 Roughly the area of the proposed Holly Springs rezoning

Town Council pointed out how requirements dealing with run-off are more stringent now than in years past so that would still be in place but Mayor Harold Weinbrecht and others were left with a lot of questions, particularly when it came to the road.

“I hope that when this comes back from the Planning and Zoning Board, those concerns are assuaged,” Weinbrecht said.

One other resident spoke out to say he had a problem with how vague the descriptions of the planned buildings on the property are and did not know what was going to be built.

Also in a public hearing was a plan to amend part of a zoning map to allow for a parking lot in the Regency Park area. The idea is that this would lead to a similar set-up to the adjacent property, which has an office building and a large parking lot.

One nearby resident spoke out to say he hoped the development would take into account the impact on the nearby neighborhood, since he felt uneasy about homes being next to a large parking lot, and wanted access to the nearby wooded area.

This was also passed onto the Planning and Zoning Board for their consideration.

The only citizen to talk at Public Speaks Out asked Town Council to table one of the items, a request for utility systems reimbursement for sewer facilities, to give all parties more time to understand the issue at hand. Town Council joked that the issue was very complicated and agreed to table it to let everyone learn as much as possible from town staff and the parties involved.

During the meeting, Town Council approved $630,000 from the General Fund to work on repairs for damage done during the Saturday, July 16/Sunday, July 17, 2016 storm. Repairs were suggested to take up to a year.

“This was one of those once in a lifetime storms,” Frantz said.

Council also voted to approve going back to the old system of having Town Council work sessions on the Tuesday before the fourth Thursday of each month. While dates had been moved around to accommodate various people, Town Council agreed that whatever plan impacts citizens and staff the least should be prioritized, as opposed to thinking about Town Council’s schedules and preferences since they chose to take on the burden when they ran for office. 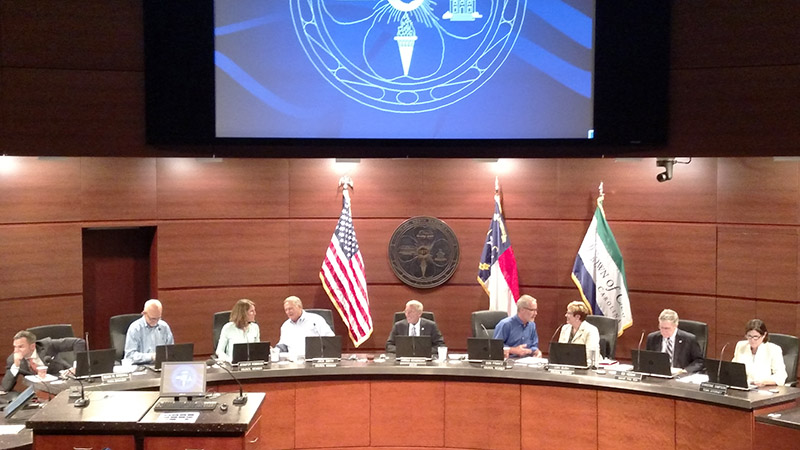