Cary, NC – As with any close-knit town, the Rotary Clubs of Cary have had a large impact in shaping the character and appearance of Cary over the years. And while some younger residents may not be as familiar with Rotary Club, their influence can be felt to this day.

While the idea of a Rotary Club, so named because members would rotate through different office meeting spaces, started all the way back in 1905 in Chicago, Cary’s didn’t start getting involved until the 1960s.

While starting up the first Rotary Club was difficult because Cary did not have many businesses at that time – things have definitely changed in the past 50 years – G. Richard Ladd eventually chartered the Cary Rotary Club in 1964 which is still active to this day. And interestingly, its vice president was Ralph Ashworth of Ashworth Pharmacy and its treasurer was former Cary Mayor Waldo Rood.

By 1981, Cary was changing rapidly. The population had quadrupled since 1970 and new booming businesses were open and hiring in town. It was clear that more Rotary Clubs were needed to adapt to the changes.

From 1981 to 1991, four more Rotary Clubs were added to the town. First, the Central Cary Rotary Club started, focusing on a three-pronged approach of service projects in Cary, North Carolina and then internationally with partnerships with clubs in Mexico and Canada.

After that came the Cary-Kildaire Rotary Club in 1984, which started with some minor disagreements about whether to have a hyphen in the name or not. But since the club’s secretary, Bob Cassell, was also Cary’s U.S. Postmaster, everyone deferred to his judgement and the hyphen stayed.

The Cary-Page Rotary Club came next in 1989, starting with just 25 members but has gone on to win several awards as an outstanding club not only in Cary but in the region.

Cary’s fifth and youngest club, the Cary-MacGregor Rotary Club, was chartered in 1991 under the guidance of Wythe Quarles who worked hard to have the club adhere to the philosophy and spirit of Rotary International and pushed for club expansion at all times. 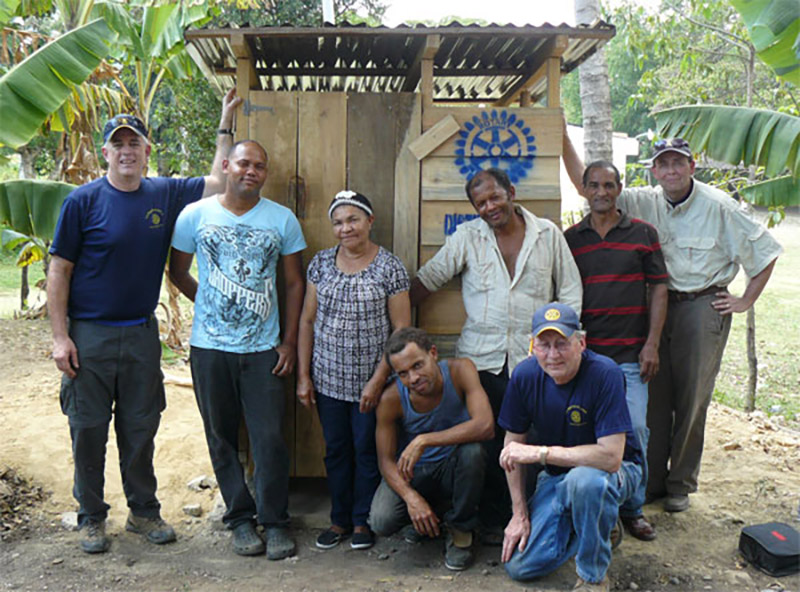 All five Rotary Clubs have, to this day, continued to work to raise money for events and charities. For example, Cary’s Lazy Daze would likely not have been as successful had it not been for the efforts of Cary’s Rotary Clubs and all help out with organizations such as Habitat for Humanity, the Dorcas Ministry and more.

Some of Cary’s landmarks are thanks to the Rotary Clubs as well. Cary’s distinctive clock downtown at the corner of Academy and Chatham Street was paid for by the Cary Rotary Club in 1984 and the fundraising drive to put a YMCA in Cary was created by the Rotary Clubs at the time.

Each Rotary Club also puts on its own unique events. The Cary Rotary Club has been holding its 10K race since 1994 to fund things such as the YMCA and the Kids Together Park. The Central Cary Club has its yearly programs to help needy families, including its “Christmas in April” drive and has twice been named as the district’s best Rotary Club of the year. The Cary-Kildaire Club works closely with other international Rotary Clubs on ending polio, which is still an active disease in many parts of the world. The Cary-MacGregor Club has been giving out college scholarships for many years for high-achieving students in need. And the Cary-Page Rotary Club has been recognized as the 2013 Club of the Year out of the entire district that includes most of the Triangle and more than 40 individual Rotary Clubs.

One of the Rotary Clubs’ more philosophical contributions to Cary is the use of the signature Four-Way Test. This is a guiding principle of the way Rotary Club meetings operate, where every statement must go through this test:

The goal is not only to have this test dictate Rotary meetings, but for it to bleed into the business and community dealings of the members too, making Cary a better place to live. 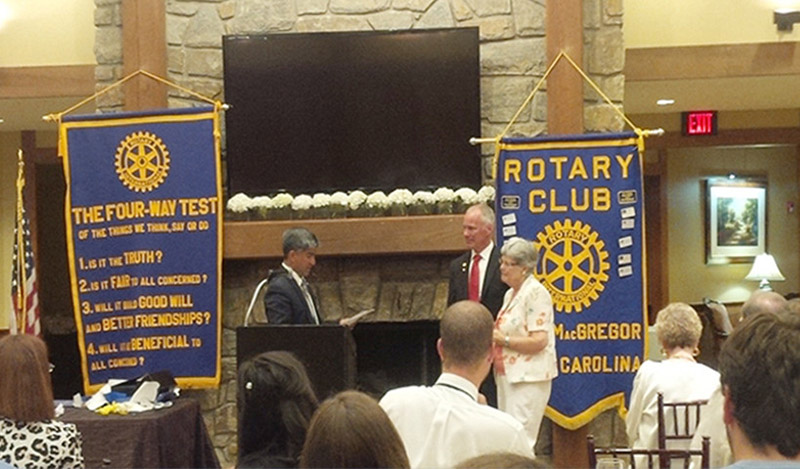 Story by Michael Papich. Sources: “Around and About Cary” by Thomas M. Byrd. Photos courtesy of the Cary-MacGregor Rotary Club and North Carolina Rotary District 7710.