Cary, NC – The infusion of new, talented players together with a seasoned RailHawks team has proven successful as they beat the top-ranked team in the NASL at their latest home game. 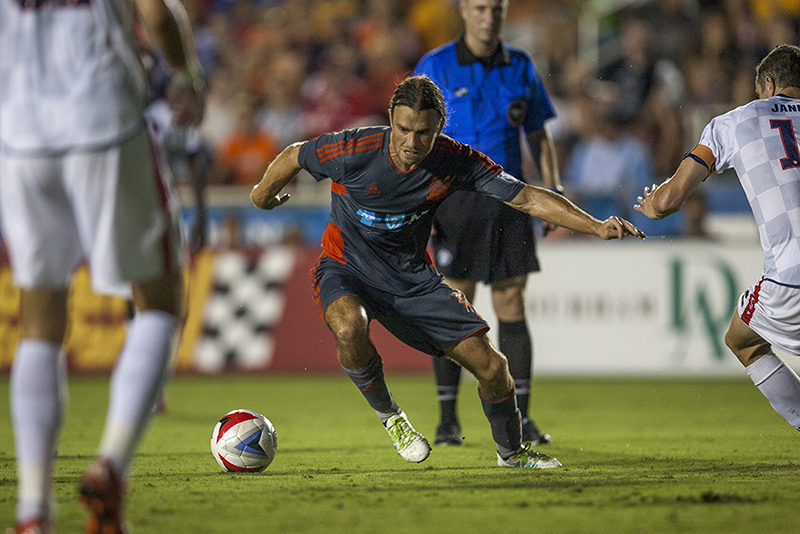 Taking Out The Leaders

While Brazil and Germany were playing for Olympic soccer gold on Saturday, August 20, 2016, the Carolina RailHawks faced off against Indy Eleven, the top-ranked team in the NASL. But after a defeat at the hands, or rather the feet, of the RailHawks, Indy Eleven is now number two in the league.

The game started off in the Eleven’s favor as Greg Janicki took an enormous leap to head the ball over Carolina’s defenders and score a big goal. But the RailHawks responded quickly as Nazmi Albadawi and Matt Fondy worked together and, with one of the Eleven’s defenders hot on their tale, got the ball to Fondy to score.

A penalty kick from the Eleven’s Eamon Zayed put them back in the lead and maintained the lead for the rest of the first half until Carolina’s Steven Miller came back around the 50th minute and shot the ball out of the Eleven’s reach and tied the game up. That was Miller’s first goal of the season.

While in the final minutes of the game, it seemed as though the RailHawks might have another tie game on their hands, the Eleven got a handball penalty and the penalty kick was given to the RailHawks’ Omar Bravo. He scored and the RailHawks beat the league’s top team 3-2. 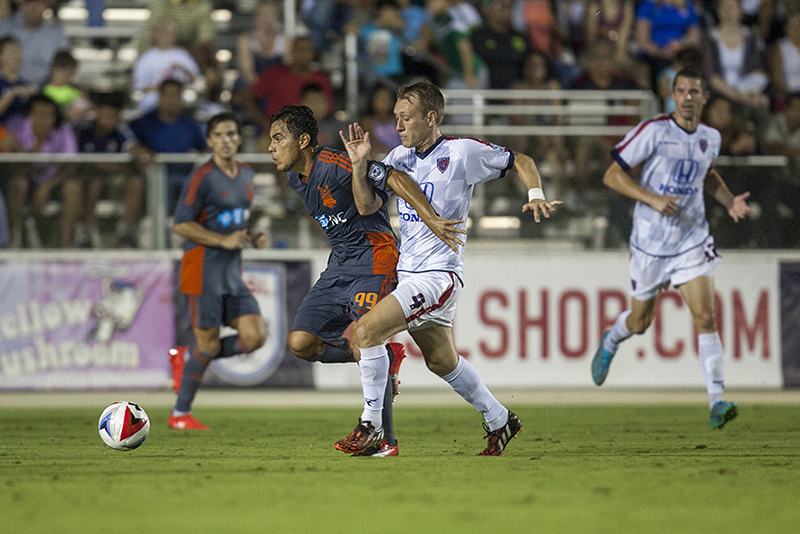 Saturday’s game shows how much better the RailHawks have been getting since the inclusion of new players Fondy and Bravo. Fondy in particular is now tied with Brian Shriver for most goals for the RailHawks with five in the past eight games and Bravo has scored a goal in nearly every game he has played with the RailHawks.

In addition, Albadawi now has the most assists of any player in the league this season and the RailHawks have had six different players named to the Team of the Week for five out of seven weeks.

Saturday’s game bumped the RailHawks up to seventh in the league and next take on the New York Cosmos in an away game on Saturday, August 27, 2016. After Indy Eleven lost their match against the RailHawks, the Cosmos are now the top ranked team in the league.

The RailHawks next home game is Saturday, September 3, 2016 against the Jacksonville Armada FC. 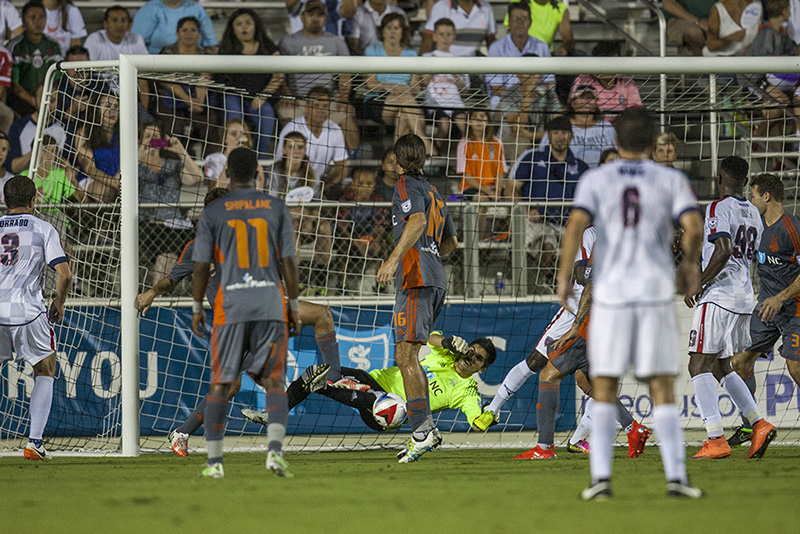