Cary, NC – This was a busy week with several long nights.

Monday I attempted to contact all council members to hear their questions or concerns about the agenda for the upcoming regularly scheduled council meeting. Most questions centered on the nine discussion items. Later in the day I met with staff to go over the items on the agenda. After the staff review I believed the meeting would last at least three hours.

Following the agenda meeting I met briefly with the town manager, an assistant town manager, and the town attorney. We talked about issues related to the state property which is included in the town’s Eastern Gateway planning.

Later I joined the town attorney, town manager, and town clerk in a webinar on required ethics training. The webinar lasted about two hours and covered issues like conflict of interests and what is legal compared to what is unethical. I am required to take ethics training once a term and also required to take another ethics class for my role in the metropolitan planning organization.

Tuesday the council held a work session on three issues: Board and Commission appointments, next winter’s council-staff working retreat planning, and the Eastern Gateway portion of Imagine Cary. Council member liaisons each went over their recommendations for appointments to boards and commissions and all were approved unanimously. These will be ratified at our first meeting in September.

Next the council discussed options for the council-staff working retreat. It was decided that the retreat will begin with the traditional council dinner on Thursday, January 26th followed by all day sessions with the staff on Friday and Saturday. The location options were based on cost and availability and included Greenville, New Bern, and Wrightsville Beach. Council members expressed little interest in Greenville and decided on Wrightsville since we were in New Bern three years earlier.

The final work session topic was on the Eastern Gateway portion of the Imagine Cary plan. The Eastern Gateway is bordered by Chapel Hill Road to the north, Walnut Street to the south, I40 to the east, and Maynard Road to the west. Council decided that range of square foot percentages should be used as guidelines instead of a requirement since this is a plan and not a zoning document. Council also decided that building heights should also be guidelines. In addition, council decided that the road connections from the state property to the mall site needed further study. The work session concluded after about 2 hours.

Wednesday I met with town officials and chamber members to show business executives our downtown. There continues to be strong interest in our downtown. I believe that within the next five years downtown will not only have more shops and residents but good paying professional jobs too.

Thursday began with a reception for visitors from our sister city in Markham, Canada. We have had a great relationship with Markham and our official town crier, John Webster is from Markham. Each year he and his wife Mary travel down for Lazy Daze and do their act in full regalia. This year, in honor of the 40th anniversary of Lazy Daze, they brought the Markham band that performed with the Cary Town band at Lazy Daze. What a treat. We are blessed to have such great people from our sister cities.

Thursday night the council held their last regularly scheduled meeting of the year. The meeting opened with the town crier from Markham, Ontario. Then he presented gifts from the mayor of Markham to the town. The meeting had nine consent items, three public hearings, and nine discussion items.

Most of the speakers at the Public Speaks Out portion of the meeting talked about the Carpenter Village rezoning proposal. It was later approved by the council. Council members stated they believed this was a good solution to a difficult problem.

Council also agreed to enter into a contract with the Piedmont Conservation Council to lease 29 acres for a working farm on the town’s AM Howard farm site. This site has always been planned for a working farm. The next phase, several years from now, will include the restoration of the historic buildings on the site.

In another discussion item Council denied the one year waiver for a rezoning at 128 SW Maynard Road and 202 Gordon Street that was previously denied earlier this year for a storage unit.

There was a great deal of discussion on the Occupancy Tax and Prepared Food and Beverage Tax approach for Phase 2. While we are hopeful that funding will become more equitable for Cary we are highly skeptical. We decided to keep all options on the table including approaching the legislature to change the tax.

The council meeting ended after around three hours.

Saturday I had the honor and privilege of opening the 40th Lazy Daze which was held at town hall campus for the second year. The town crier opened the ceremony followed by remarks from several people including myself. 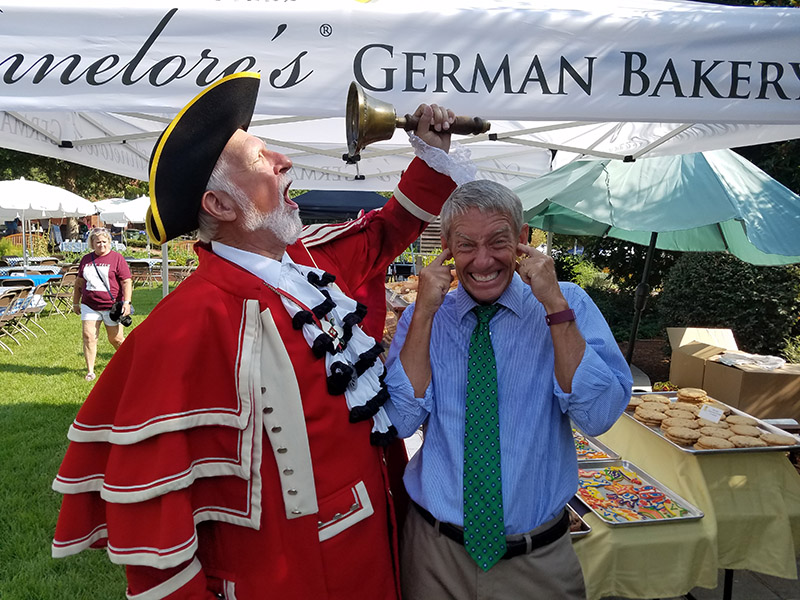 My comments were based on the following notes:

I was joined on stage by former mayor Koka Booth, council members Robinson, George, and Smith, and Mayor Pro-Tem Yerha. Afterwards, I spent about two hours touring the various vendors, stages, and exhibits.

Sunday I gave welcoming remarks for the second day of Lazy Daze. This was the first time we have had a second day. We then followed a three man band playing “When Saints Go Marching In” to the front of the Herb Young Community Center. The town crier gave a cry and then counted us down to cut a ribbon rededicating the center. Then once inside we heard many stories about the late Herb Young.

Emails from staff included a reminder that Adopt a Spot Program is celebrating its 5th anniversary this fall. This is a great program where you claim your part of Cary to keep clean and forever green with the Adopt a Spot Program! Adopting groups agree to keep their area clean, litter-free and beautiful throughout the year and in return will be recognized with a sign where permitted. So get a group together and Adopt a Spot. Maybe I can get council members to join me in adopting a spot. Stay tuned.

Next week will lead into Labor Day so it won’t be quite as busy. Activities include meetings with staff, developers, and event organizers. There will also be a quasi-judicial meeting with three items which will undoubtedly be a long meeting.

Well, that is all for this week. My next post will be on Sunday, September 4th.  Although I have Facebook and Twitter accounts those are not the best means of communications with me. Please send all Town of Cary questions or comments to Harold.Weinbrecht@townofcary.org and email personal comments to augustanat@mindspring.com. 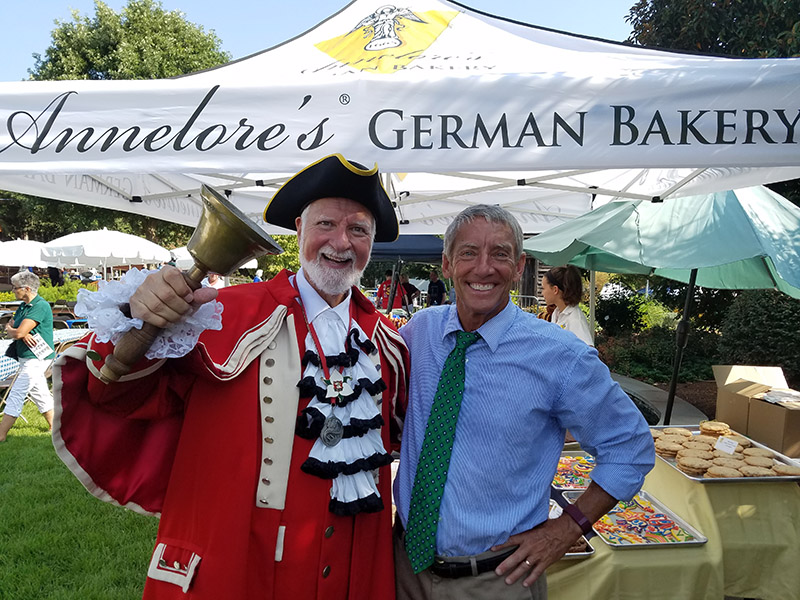