Cary, NC – The Carolina RailHawks gotten a lot of support from the local crowds lately and have not lost a match at home in the Fall season. This streak was upheld by last Saturday’s victory over the Jacksonville Armada FC. 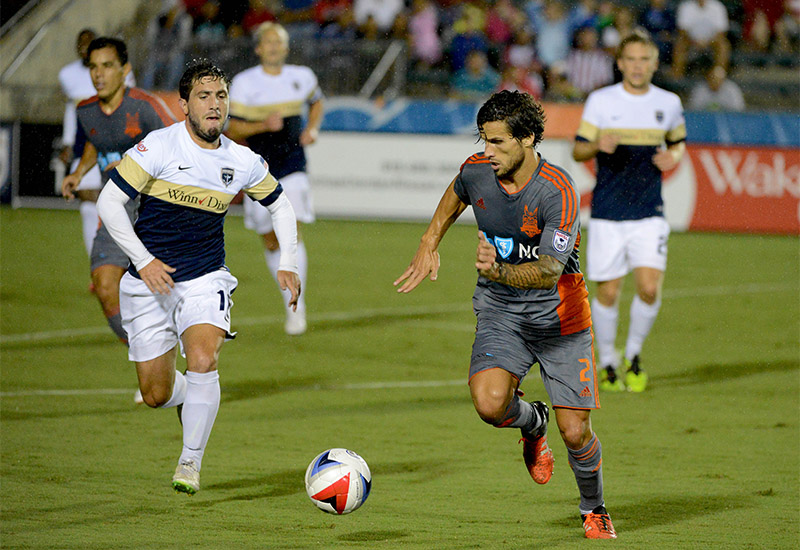 The RailHawks returned home Saturday, September 3, 2016 after a bad loss to the NASL’s new top team, the New York Cosmos.

But the team brought a new focus to Cary as they took on the Armada, who were also out in full force. The game started with several close calls from both sides as the teams attacked the opposing nets. RailHawks’ goaltender Brian Sylvestre and Jacksonville’s goaltender Miguel Gallardo managed to keep it even at zero all, with Gallardo making a particularly risky save by leaving the net.

With the sour weekend weather still hanging over the field, the wet conditions made it difficult for players but Matt Fondy, one of the RailHawks’ top scorers, kept on the Armada with an assist from RailHawks Captain Nazmi Albadawi, the league’s leader in assists.

However, it was not Fondy but Tiyi Shipalane who managed to get the RailHawks one and only goal of the day, hitting in a header past the Armada’s replacement goalkeeper, Sean Lewis.

“It was just a matter of getting a good time and a good ball in and Naz got a great ball,” Shipalane said, with “Naz” referring to Albadawi. “I was able to run between the two center backs and I saw the goalkeeper was way out of line, and I didn’t want to complicate myself and I just picked my spot and measured it right and it went in. It’s been working for me this year.”

In the end, the RailHawks were not able to make another goal but had 14 shots on goal, making it a very aggressive game. 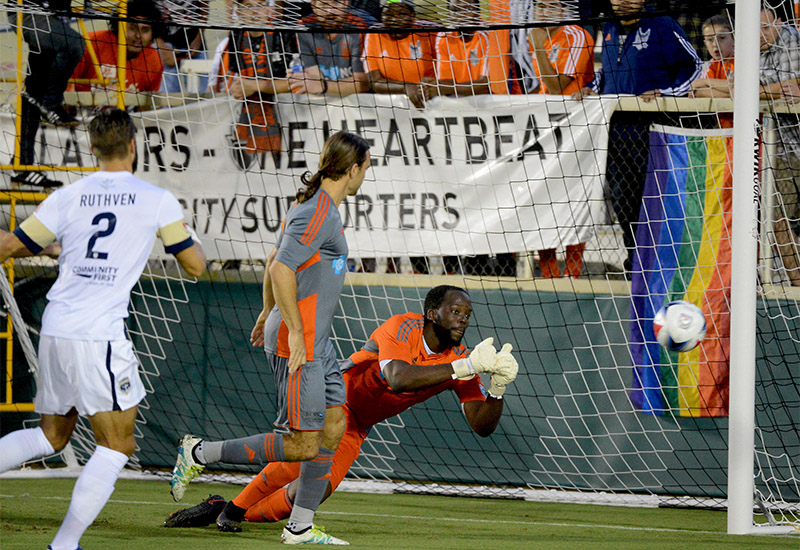 With Saturday’s win, the RailHawks have moved up in the NASL, now ranked sixth with four wins and three draws this season.

“We got a clean sheet, a victory and three points we needed,” said Carolina Head Coach Colin Clarke. “Another good performance at home. I thought we could have, and should have scored a couple more, but we’ll take the three points and move on to the next one.”

This was also the first game for Mickey Daly after signing his permanent contract with the RailHawks. Daly was previously on a one-month loan from Bethlehem Steel FC.

Albadawi is still the league leader when it comes to assists, now with nine.

The RailHawks’ next home game is against the Ottawa Fury FC on Saturday, September 10, 2016.

Diamante Changing Up Award Ceremony This Year
Scroll to top