Cary, NC – Diamante has been working to preserve and promote the Latino and Hispanic population of North Carolina for more than 20 years. Part of its promotion is through a yearly awards ceremony but this year, it’s changing some things.

For the 21st Annual Diamante Awards, Diamante founder Lizette Watko said it will now be a full awards show.

“The event is changing completely,” Watko said. “It used to be a gala that had a dinner and some dancing afterwards.”

Now, the Diamante Awards will be at the Cary Arts Center with a pop-up reception at the beginning for food and chatting and the opportunity for some dancing afterwards but there will be a show at the center of it.

“In between awards, there will be four artistic presentations to reflect different regions of the Americas: the Caribbean, Mexico, Central America and South America,” Watko said.

The awards statues are getting an update as well.

Past Scholarship and Awards Recipients.

The Diamante Awards honor members of the Latino and Hispanic community in several different categories: 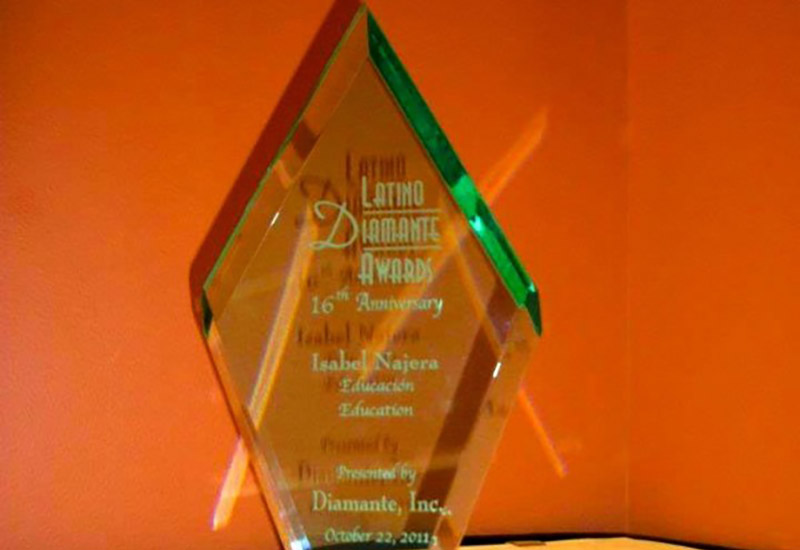 “The awards are for individuals or organizations that are doing good deeds in the Latino community,” Watko said. “Nominations are public so it can be your friend, your neighbor, your family – anyone who is helping.”

There is also an eighth category that is only nominated by the Diamante Board of Directors for the “Lizette C. Watko Award.”

The deadline to nominate someone is Thursday, September 15, 2016, with forms on the Diamante website. They are then sent to Diamante’s new board chair, Roberto Perez.

In its time, Watko said Diamante has helped bring her community together with the larger Town of Cary community.

“It’s done a lot to foster a relationship between the town and the Latino community,” she said.