Cary, NC – The people of Cary are known to step up when they are needed. Look no further than the results of Cary Family Dental’s Smiles for Life campaign earlier this year, which they have now announced raised thousands of dollars for charities both local and abroad.

In the campaign, when people come in to get a teeth whitening procedure, 100 percent of the proceeds go to the Smiles for Life Foundation, run by the Crown Council, a dentists alliance.

The foundation then donates those proceeds to a variety of charities, with half of them decided by the contributing dentist.

“It is a wonderful cause to be a part of. We feel that giving back to our patients and to the children who benefit from the Smiles for Life Foundation is very satisfying,” said Dr. Allan Acton of Cary Family Dental. “When someone gets a brighter smile, it makes their personality brighter. It’s an amazing transformation.”

Since the Smiles for Life campaign began in 1998, it has raised more than $36 million from participating dental practices. 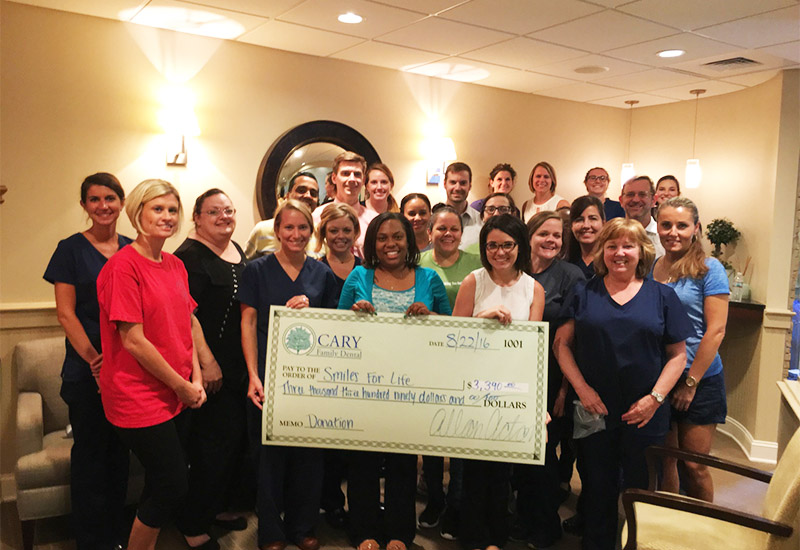