Cary, NC – Part of what makes Cary distinctive is its multiculturalism and the celebration of different communities. And one of Cary’s newest and biggest celebrations, the Dragon Boat Festival, brings many of these cultures together with a focus on Chinese art and history.

Race on the Lake

The defining part of the Dragon Boat Festival is the dragon boat racing. While it wasn’t always about racing, Asian Focus NC Board Chair Lily Chan said it has roots in a tradition going back thousands of years.

“Way back then, a beloved general was forced to commit suicide and his body went into a lake. After, villagers took boats out onto the lake to feed the fish so they wouldn’t eat his dead body,” Chan said.

This started being repeated every year, always on the same day following the Chinese lunar calendar, with the festival on Saturday, September 15 this year. After a while, the food meant for the fish started being eaten by the community.

“People started the tradition by taking boats out and making dumplings and eating them,” Chan said.

Now teams race in the long dragon boats, paddling quickly to try and beat out the others. And the Dragon Boat Festival has grown since it started in 2014, going from 14 teams to now close to 30 in the 2016 Festival. Many of the teams are made up of members of local companies, such as the Grand Asia Market and Lenovo, or organizations, such as the Bayanihan Dance Group or NC State’s International Affairs department.

“What we are celebrating is not the holiday itself but the ethnic holiday to bring all of these communities together,” Chan said. 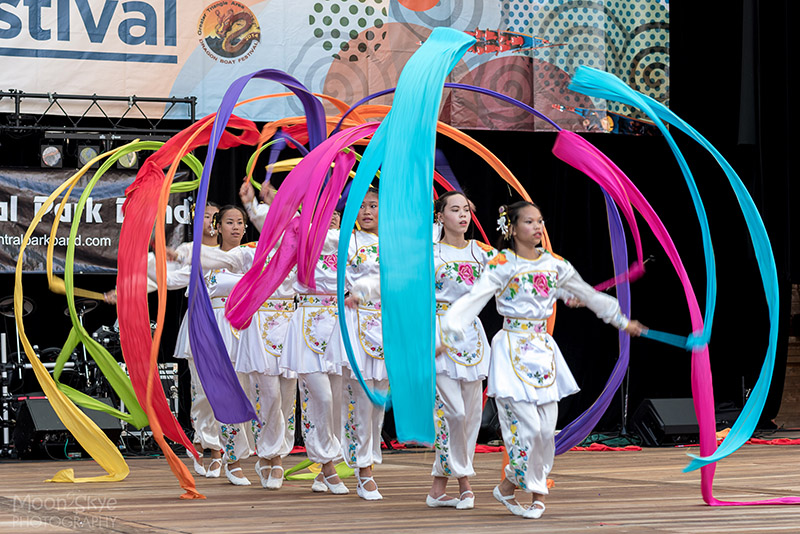 The Dragon Boat Festival is not only the races on Symphony Lake by Koka Booth Amphitheater. There are also dozens of booths and tables for people to visit, as well as performances on stage during the entirety of the festival, from 9 AM to 4:30 PM. Performances range from music to dance to martial arts and more.

“Every year, we are trying to add something new,” Chan said.

This year, there will be a children’s fair with lots of educational elements mixed in, with a focus on technology. There will even be a raffle to giveaway a new tablet from Lenovo.

But food is also a big part of the Dragon Boat Festival, with 22 vendors from a variety of cultures. Not only are many different Asian countries represented but there will also be Kenyan and Mexican food.

“We try to encourage all cultures to come out,” Chan said. “We want to bring in as many ethnicities as we can to celebrate their culture.”

In addition to the food vendors, there will be a live cooking show on stage from world renowned Taiwanese chefs.