Cary, NC – While this week’s Cary Town Council meeting did not see much discussion or debate, the agenda saw items that will set into motion large changes in Cary as part of community plans such as the Eastern Cary Gateway and mass transit.

Note: Councilmember Jack Smith was not present at this meeting.

The largest item at the Tuesday, September 20, 2016 meeting was the Eastern Cary Gateway. One of the key pieces of the Imagine Cary community plan is the Eastern Gateway which stretches from Chapel Hill Road to Walnut Street.

Town Council has pushed for an “accelerated adoption” so it is being discussed ahead of the rest of the Imagine Cary plan. Staff also noted that the guidelines set with the Eastern Gateway will help decide other aspects of Imagine Cary.

Town staff and Leigh Anne King from Clarion Associates presented the plan for the area, showing the various segments of the Eastern Gateway for residential and civic space, commercial, employment, transit/business center, PSNC, an office campus bordering 540 as well as the preservation of the Triangle Aquatic Center and WakeMed Soccer Park.

Some concerns were brought up by staff about traffic and transportation in the area so the Eastern Gateway plan includes extending and connecting Trinity Road, adding in a collector road and more bike and pedestrian lanes.

This item was a public hearing and one resident spoke to ask that the plan preserve park space and as many big trees as it could. An attorney with Parker Poe also spoke to briefly thank Town Council for its work on this project. The item was referred to the Planning and Zoning Board without discussion from council.

As public transit may be expanding in Wake County, several changes and modifications will need to be made by the members of the Capital Area Metropolitan Planning Organization (CAMPO) including road and curb repairs. As a discussion item, Town Council was presented with project to repair sidewalks and roads and make them more curb accessible for the 45 most-used bus stations in the area.

The plan is for these bus stop modifications to be completed by fiscal year 2018. Town Council passed the plan unanimously. 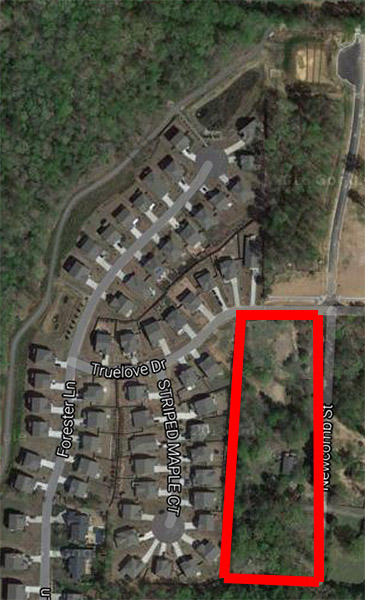 The other public hearing on the agenda for a rezoning of a 1.14 acre patch of land at the intersection of Truelove Drive and Newcombe Street for three detached dwellings. The applicant spoke and said this would not include any new streets so he felt it would not affect the surrounding area. The item was referred to the Planning and Zoning Board without discussion.

Only two people spoke at Public Speaks Out at this Town Council meeting. Both were local residents, with one from the Philips Place neighborhood, expressing his issue with the addition of more than 100 new townhomes near his neighborhood with, as he said, no current plans in place for a second roadway. He said the roads there are very narrow and adding new residences will hurt dual access.

The other resident spoke briefly to thank Town Council for one of the meeting’s consent agenda items, the rezoning of a property on Davis Drive, Casey Brook Court and Connelly Springs Place from Residential 40 to Residential 8 Conditional Use.

The Tuesday meeting started with a moment of silence in memory of Dick Ladd, a former Town Council member, former President of the Cary Chamber of Commerce and all-around influential figure in Cary. Also in attendance at the meeting were several Cub Scouts from Pack 200 who were recognized and applauded by Town Council. 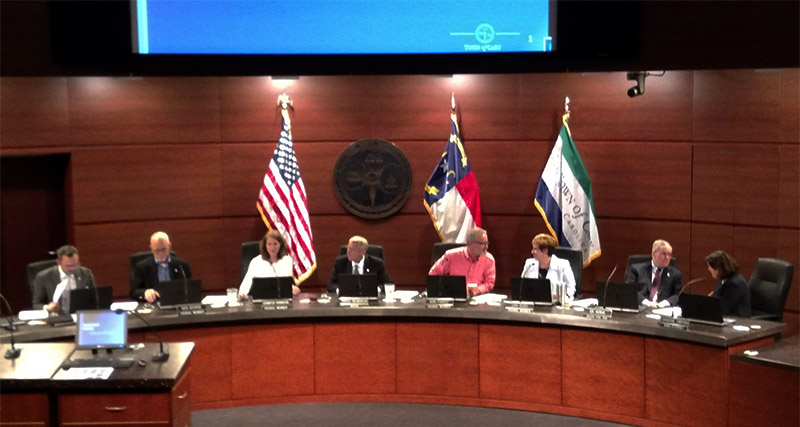