Cary, NC – A day of intense competition and family memories took place during CaryCitizen’s 2016 Cary Scavenger Hunt on Saturday, September 17. In its seventh year, 2016 marked the largest event to-date with 69 teams registered, 28 sponsors and 40 booths. The event was hosted by the Town of Cary at the historic Page-Walker in Downtown.

Teams gathered in the morning to check-in, where they received their team t-shirts and enjoyed breakfast from several booths including Great Harvest Bread Company, McDonald’s and Whistle Stop Nutrition. Many people dropped off donations to the Kramden Institute, Dorcas Ministries and Operation Eagle, and in the process earned bonus points that would be added to their scores at the finish.

Over 480 pairs of socks were donated that will delivered to our military in care packages going overseas. Thirteen desktop computers, 26 cell phones and 12 laptops were donated to Kramden. Some of these will be refurbished and donated to deserving youth in North Carolina and some will be sold to companies that recycle the components, providing income to Kramden to run their operations. 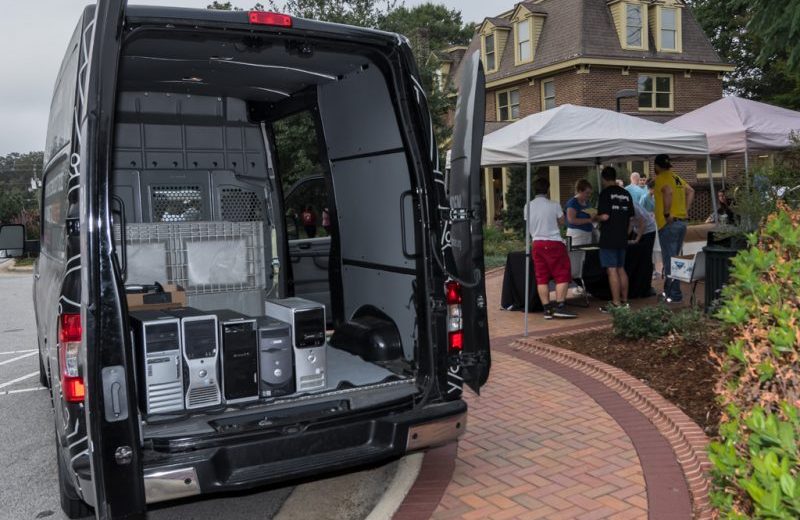 Clue books were given out at 9:30 AM and then the race was on! Each clue book included 70 clue questions ranging from taking a photo at the iconic “C” sculpture on the Cary Chamber lawn to finding an Eagle Scout project at Ritter Park in Lochmere. Teams uploaded photos and logged their answers into a new smartphone app designed especially for the 2016 Cary Scavenger Hunt. 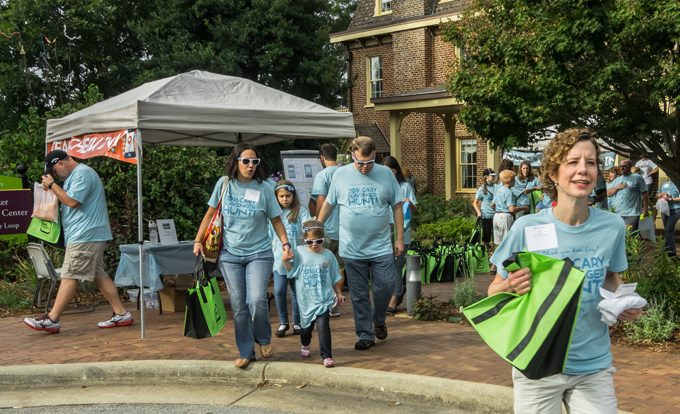 They had until 1:30 PM to find and log as many answers as possible before returning to Page-Walker where a team of celebrity judges would verify all answers and declare our winners.

At the finish area teams were greeted by more than 25 booths to keep them busy while their hard work was analyzed inside Page-Walker. There was food to sample from Academy Street Bistro, the Mayton Inn, Chick-Fil-A Waverly, Tribeca Tavern, Fortnight Brewing, Smoothie King, KIND bars and Pei Wei. Activities included face painting, henna tattoos, a giant connect-four game and more. 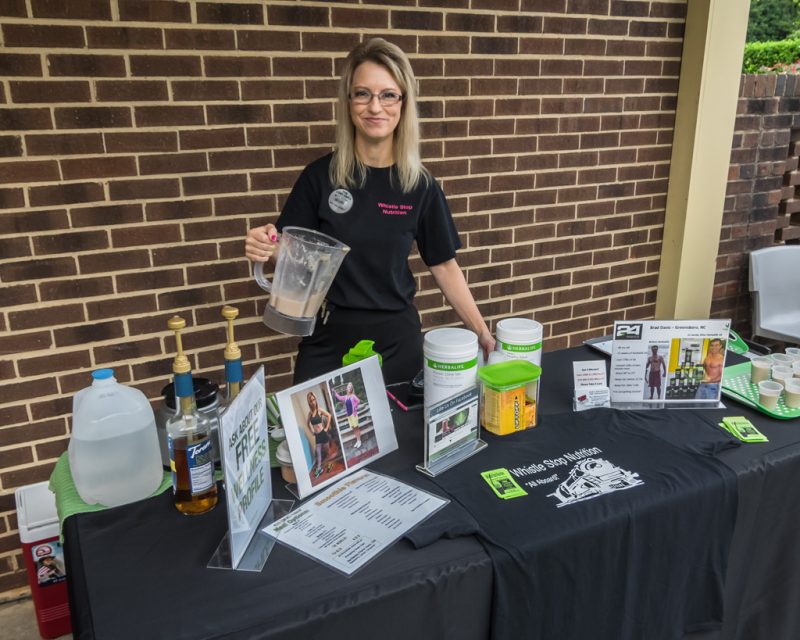 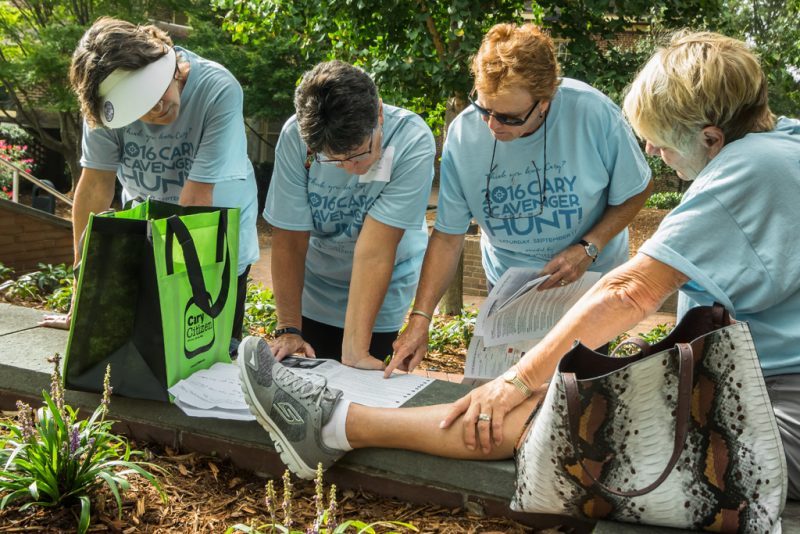 A team strategizes before departing on their adventure 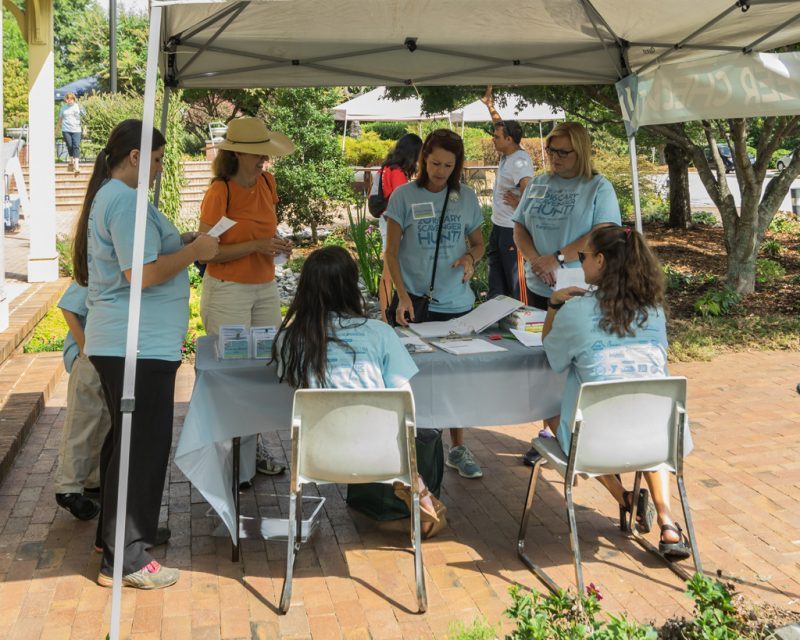 Volunteers preparing for team arrival in the afternoon 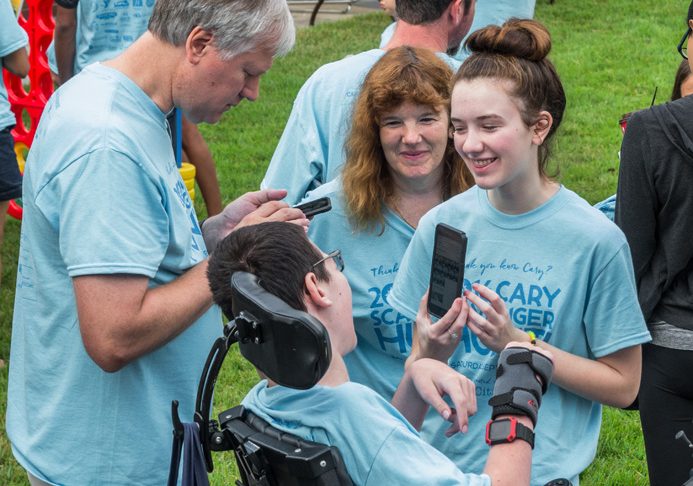 Team A-Made-Sing who have competed for three years 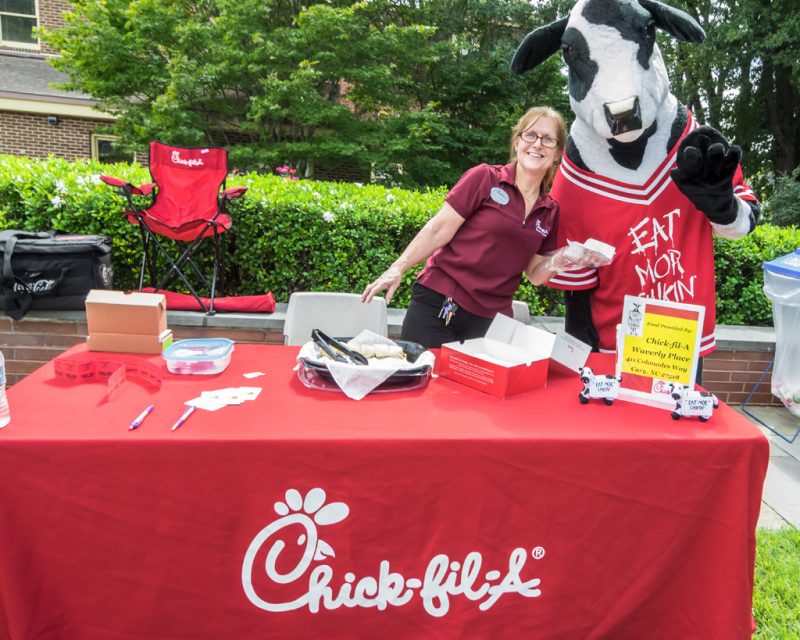 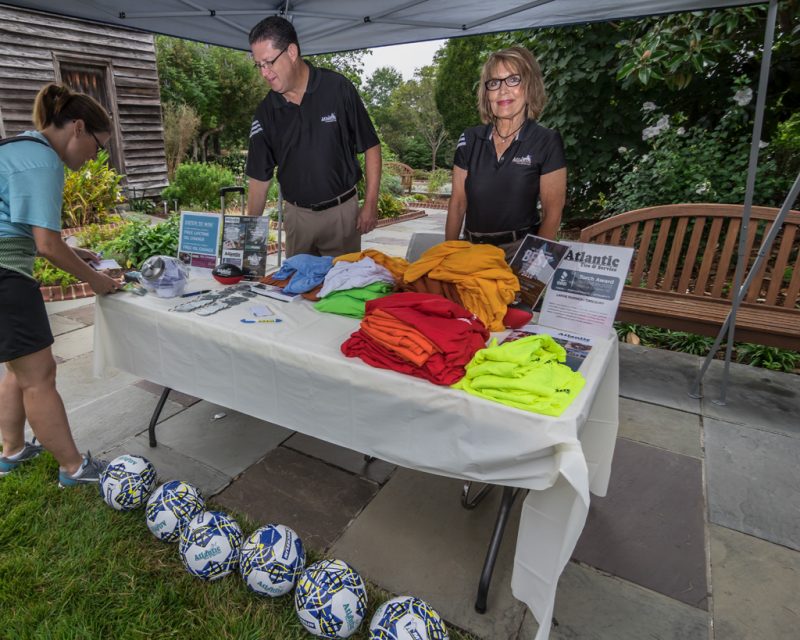 Atlantic Tire Service, a Platinum sponsor, was a clue location during the day and had a booth in the morning 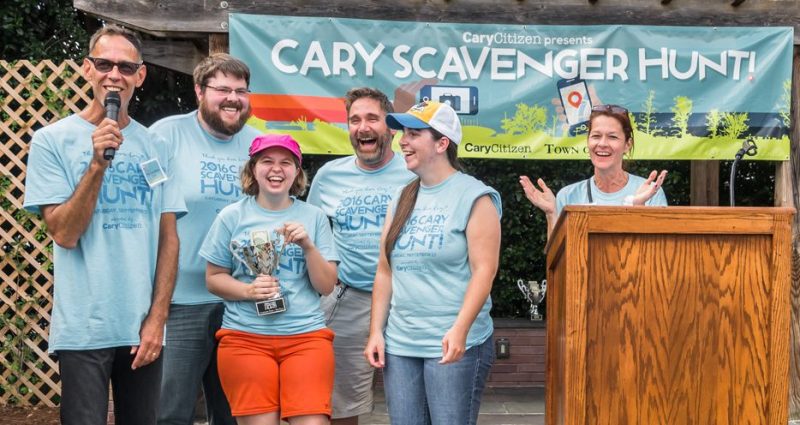 The College Nannies and Tutors team receiving their award 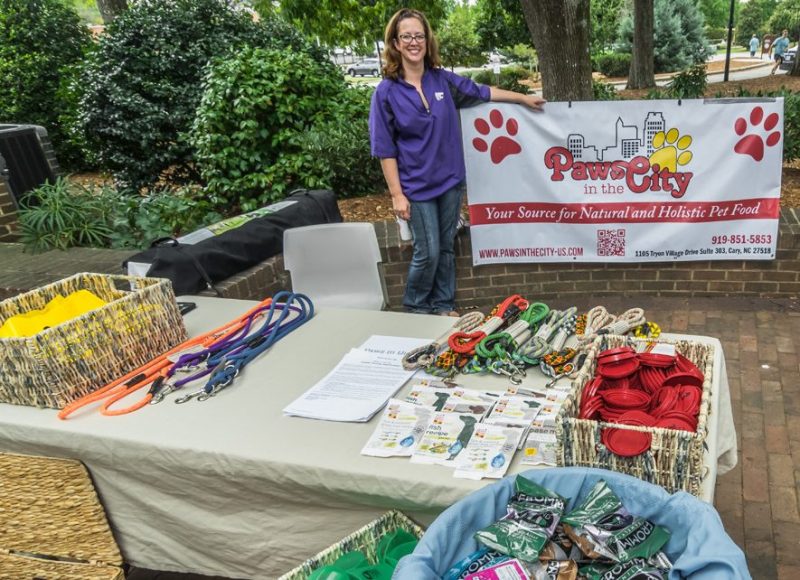 Paws In the City was an afternoon booth at the finish 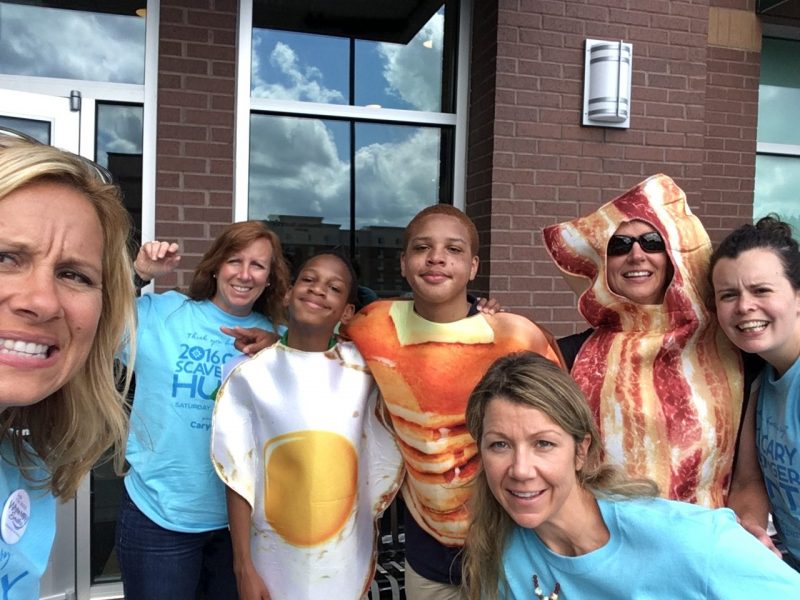 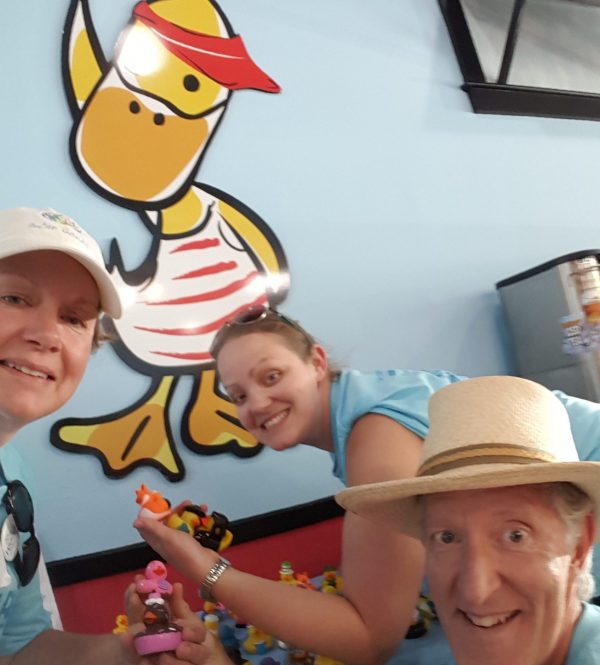 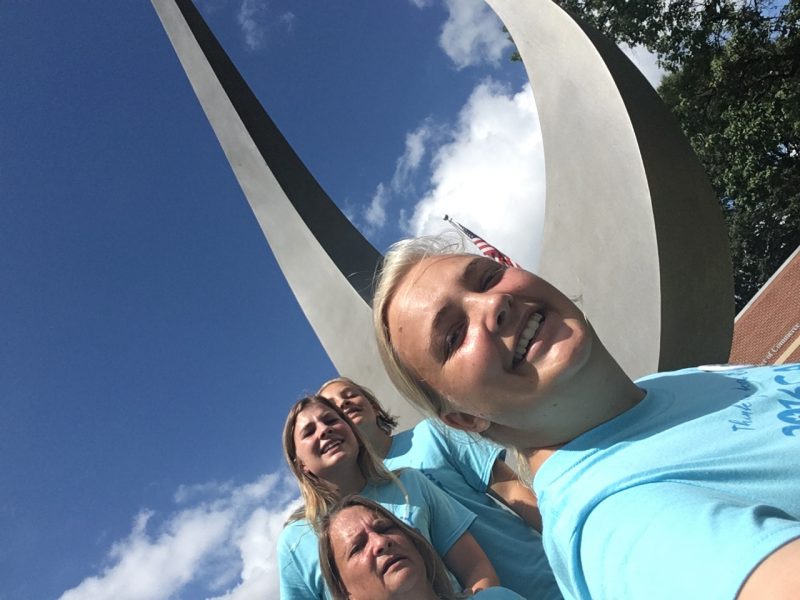 The Hungry Hungry Hippoes at the Cary Chambers “C” sculpture 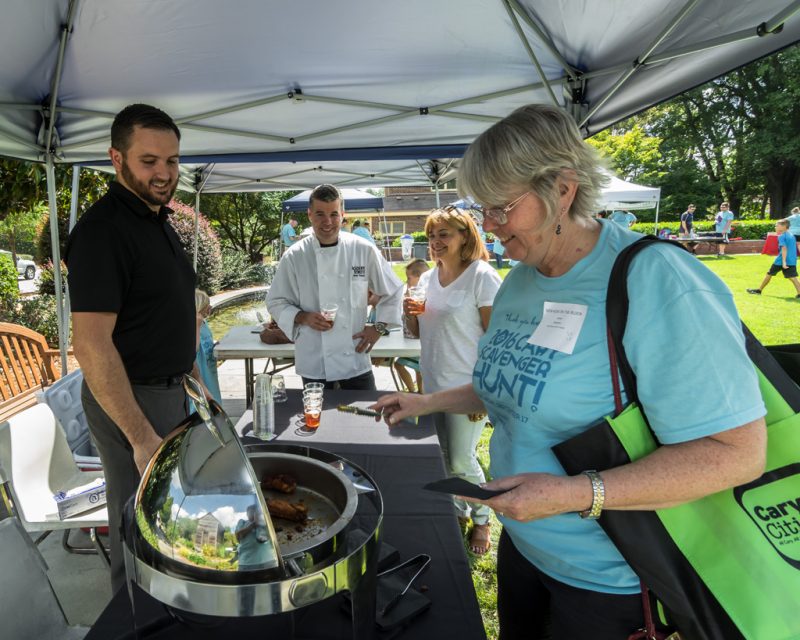 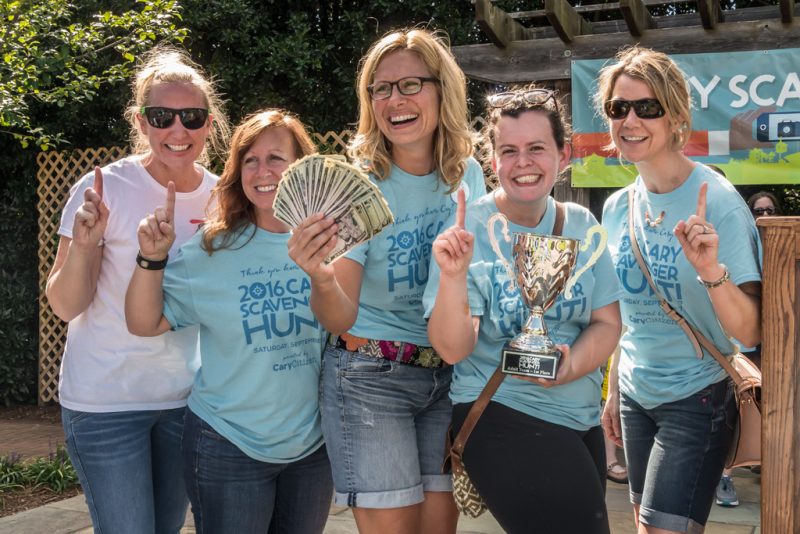 The big Winners of the Day, The Fab 4, crushed the competition with a score of 13,722 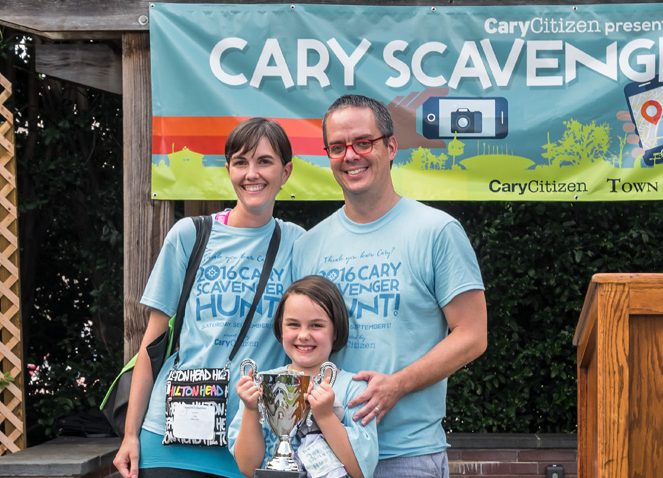 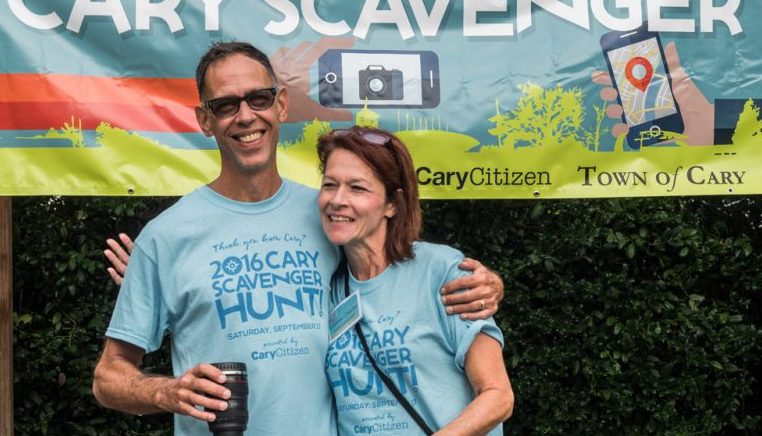 Hal Goodtree and Lindsey Chester of CaryCitizen, the event creators

To see the score results of all of the teams you can read more at the Cary Scavenger Hunt website or visit the score board here.

We would like to thank everyone involved with the Cary Scavenger Hunt: our judges, our volunteers and our wonderful sponsors, without whom the event would not be possible. Special thanks to Triangle Family Dentistry and Carolina Orthodontics, out technology sponsors who helped us fund the phone app. Thank you again to the Town of Cary, Lyman Collins, Kris Carmichael and the awesome Public Works staff who help to coordinate the location and all the logistics to make the event run seamlessly.

Look for a date to be announced soon for the 2017 Cary Scavenger Hunt!

All Photos provided by Brooke Meyer.  Visit his website to see the 2016 Cary Scavenger Hunt gallery, or to download and purchase prints.