Cary, NC – The Cary crowd continues to be a good luck charm for the Carolina RailHawks as they continued their undefeated streak at home, taking down the third-ranked team in the league, the Edmonton FC.

The Saturday, September 24, 2016 game saw the RailHawks fight to hold their own against Edmonton. The RailHawks took many shots at Edmonton’s net, dodging the opposing players, only to come short each time. But eventually, RailHawks midfielder Austin da Luz was able to score just after the 30th minute mark. This was the fourth goal by da Luz of the Fall season, made with an assist from one the RailHawks’ new star players, Omar Bravo.

The RailHawks got several more chances to add onto the score, including a free kick that was intercepted by Edmonton’s goalkeeper Matt VanOekel and multiple passes from Nazmi Albadawi, the current NASL leader in assists.

But while the RailHawks did not manage to add onto their score, they still won the game thanks to a strong showing from the team’s defense. The RailHawks controlled the ball for most of the game, making it easier for Carolina’s goalkeeper Brian Sylvestre to keep their lead up.

With Saturday’s win over one of the top players in the NASL this season, the RailHawks remain undefeated at home.

“The way this team is shaping up and where they are right now, there’s nothing stopping us from going on the road and getting wins,” said Head Coach Colin Clarke. “We’re in the middle of a fight and it’s going be great to watch from a lot of different angles. It’s going to be up and down and back and forth because that’s the way the game goes, but it feels great to be a part of it.”

The RailHawks team in general is showing an impressive record. Sylvestre has started in the goal for five straight games now, only allowing two goals in all of them. Also, Albadawi is one assist away from setting the modern NASL record for most assists in a single season.

The next home game is against the top-ranked New York Cosmos on Wednesday, September 28, 2016 at 7:30 PM at WakeMed Soccer Park. This is one that will really test the team’s undefeated streak at home. 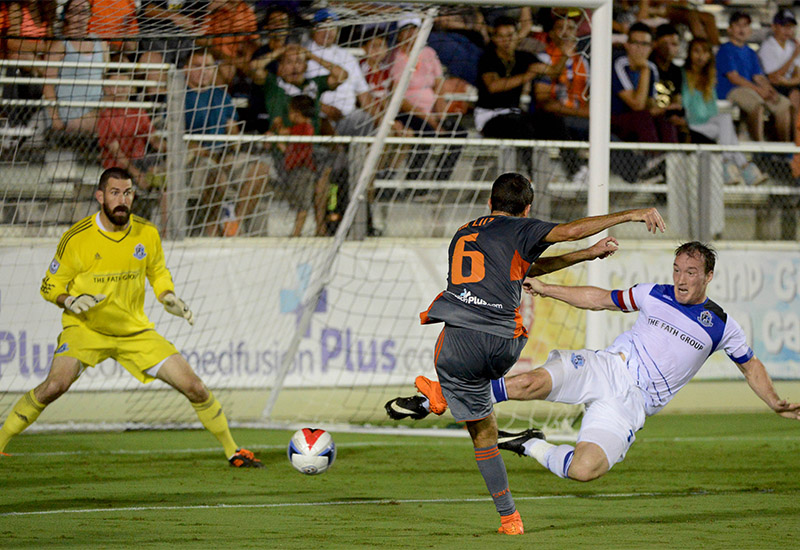 Transit and Education Top Issues at “State of Morrisville” Meet...