Morrisville, NC – As Morrisville and Wake County grow, new successes produce their own problems and the yearly “State of Morrisville” meeting addressed both sides of the town’s growth, focusing on how a booming population means a greater need for schools and public transportation.

Businesses from around the Cary-Morrisville area gathered on Wednesday, September 21, 2016 for a meeting of the Morrisville Chamber of Commerce where elected and public officials discussed where the town is now and where they hope for it to be.

Morrisville has grown 230 percent since the 2000s, according to Morrisville Chamber President David Brunner, and that creates a lot of pressure on the roads.

“Traffic is the number one issue we hear from citizens and businesses,” said Morrisville Mayor Mark Stohlman.

Among the changes and improvements to the roadways Stohlman mentioned were extending the McCrmmon bypass into a four lane loop, opening Morrisville Parkway back up, the $90 million the Department of Transportation has committed to roadway projects in Morrisville and the possibility of improvements to Morrisville Carpenter Road with the town asking for funding.

“We’ll hear about if that funding was approved in the Spring,” Stohlman said.

But the biggest news with transportation is the Wake County Board of Commissioners’ approval of a mass transit plan in the county – a collaboration between the Capital Area Metropolitan Planning Organization (CAMPO), GoTriangle and others. And all of the elected officials who spoke urged those in attendance to vote in favor of the plan on the Tuesday, November 8, 2016 ballot.

Holmes said the goal is to get the bus lines to run between all major metropolitan areas in North Carolina, so Raleigh could potentially be connected with Charlotte, but it will depending how the county works with the DOT for funding.

“The roads in Wake County don’t just serve Wake County,” Holmes said. “People move through here so we need to make sure they can work for as many people as possible.”

Benjamin Howell, senior planner in transportation for Morrisville, added that some of the routes going through Morrisville will connect to the Research Triangle Park and they are already working on existing routes.

“So where you may not see new routes, you’ll see expansions and longer hours,” Howell said. 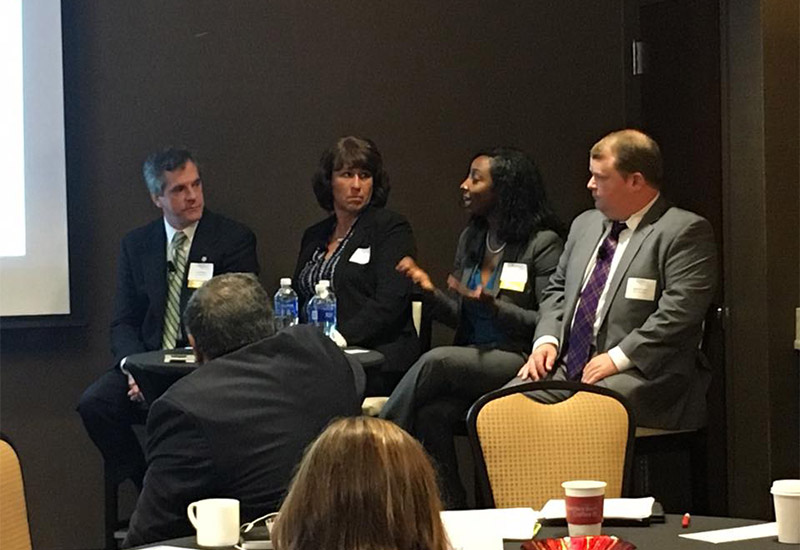 The other most-discussed issue at the “State of Morrisville” meeting was education. Wake County is the ninth-fastest growing county in the United States, with 60 more people coming in every day.

Stohlman announced an elementary school, tentatively called “E-50,” that will be open on Little Drive in Fall 2019 but everyone agreed that more needs to be done. Stohlman said one issue with Morrisville is they have nowhere to develop into so the town will need to focus on “high quality developments” when they can.

“You’re going to see redevelopment. You might see a warehouse from the 70s that’s gone through its usefulness turned into something new,” he said.

Holmes said she also views focus on education and schooling as a way to fight poverty. She talked about the InterFaith Food Shuttle putting new food pantries in schools that will have a fridge and deep freezer to keep fresh fruits, vegetables and meats.

“And it will get families into schools who may have not been there before and get them to talk with a school councilor about their needs,” she said.

Holmes reminded the audience that despite Wake’s growth, both in population and economics, there is still poverty here.

“We are one of the wealthiest counties in the state but we have more than 100,000 people in poverty,” she said.

Part of Holmes’ effort to combat this is pushing for more affordable housing.

“When we think of affordable housing, we think of a teacher or a police officer or a firefighter being able to live in the neighborhood where they work,” she said.

Stohlman and Holmes continued to discuss these issues as part of a panel with Howell and Morrisville Town Manager Martha Paige, all moderated by Rita Jerman, chief RTP campus officer for Wake Tech.

“The world changes every day and we aren’t the sleepy town we used to be,” Paige said. “We always have to be vigilante and ready to tackle the next challenge.” 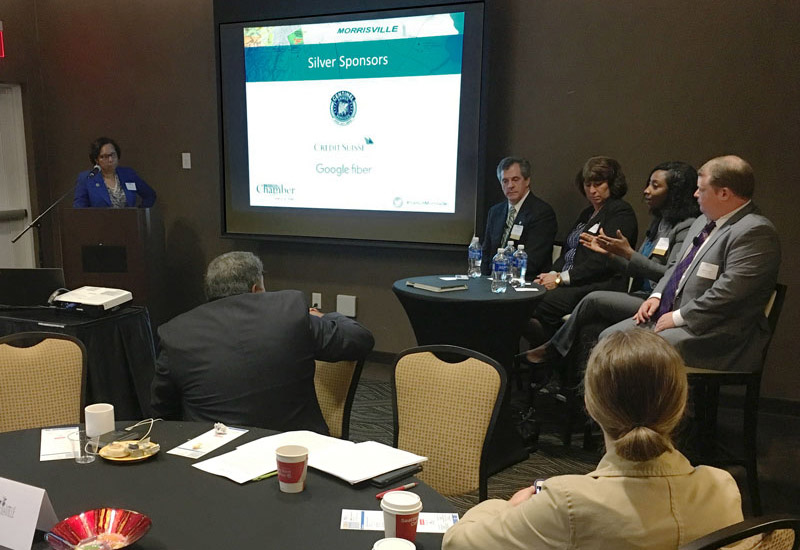