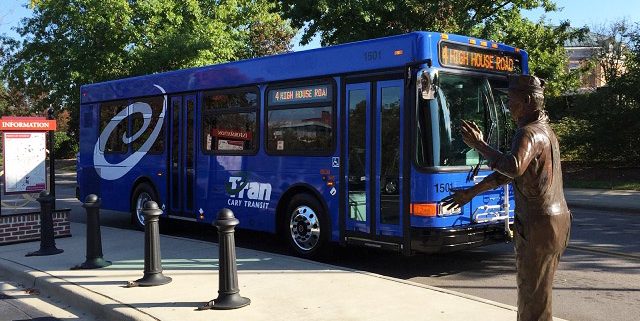 Cary, NC – It is the one item Wake County commissioners have said is their top priority and now, the county has passed a resolution to create a transit plan.

The Wake County Board of Commissioners voted Monday, June 6, 2016 to adopt the recommended transit plan. The Town of Cary has worked with a variety of partners around Wake to try and bring this plan to fruition. Cary Mayor Harold Weinbrecht has voiced his support through his participation in the Capital Area Metropolitan Planning Organization (CAMPO), a group of area mayors.

Among other things, this transit plan will expand bus access across Wake County, give towns a way to fund their own public transportation plans and create a rail system that stretches from Garner to Durham.

The plan was the result of a year-long collaboration between CAMPO, GoTriangle and other Wake County groups such as WakeUp, a non-profit advocacy group in Wake County.

“Public transit in a growing community is not an option,” said Danny Kadis, transportation and land use chair at WakeUp. “It is an absolute necessity: to provide access to employment and services, to guide development, improve health, and to keep our economy strong.”

The transit plan has had its detractors, however. Some feel it does not go far enough, others say they are concerned it will speed up gentrification and one mayor in CAMPO said the plan should be privately funded.

Voters will decide if this is what they want on a ballot initiative on Election Day, November 8, 2016.

“This plan has been in the works for a very long time and has been through many votes already by many groups but the one that really counts will be the one on November 8,” said Cary Mayor Pro Tem Ed Yerha. “There will be a lot of decisions made at the polls that day but none will be more important to the future of Wake County than this one.”

If the plan is passed by voters, it will still be some time before transportation is seen as the hard work of construction and developing new infrastructure begins.

You can also read the Wake County resolution in full. 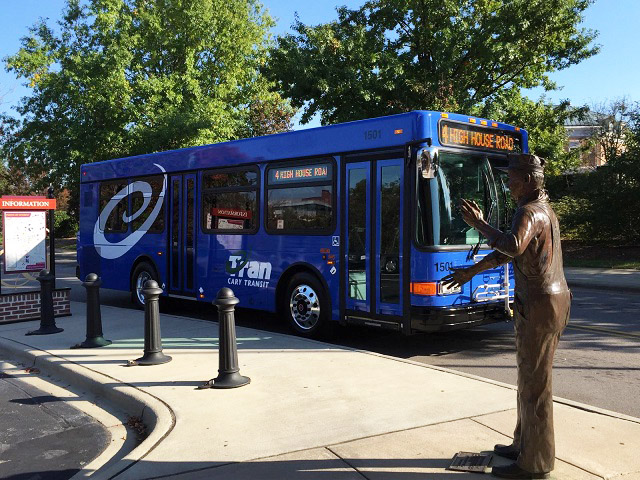 Story by staff reports. Photos by Hal Goodtree and the Town of Cary.

Eating Fresh at the Farmers Market