Cary, NC – The RailHawks had an impressive undefeated streak at home this season but it did not last up against the top-ranked team in the NASL, the New York Cosmos.

The Carolina RailHawks showed close attention during the Wednesday, September 28, 2016 game against the New York Cosmos. The possessions were even between the two teams in the first half and the RailHawks made two close attempts, with Nazmi Albadawi crossing on a Cosmos defender and narrowing getting in a low goal and a pass from Matt Fondy to Omar Bravo missing by inches.

In addition to their tight defense and targeted goal attempts, the RailHawks forced the Cosmos to take some risks, resulting in three yellow cards for the league leaders.

But things changed in the second half when the Cosmos got a penalty kick and New York’s Adam Moffat put numbers on the board for the first time in the game. Then the Cosmos got in a second goal only moments later with a powerful kick from Ruben Bover.

There were other notable goal attempts from the RailHawks, such as one big kick from James Marcelin, but it was not enough to score back and the game ended with a 0-2 loss.

While the Wednesday loss puts an end to the RailHawks streak at home, the team has improved over the season and Head Coach Colin Clarke said there are opportunities in the team’s future.

“It’s time for us to go on the road and get a win,” Clarke said. “It’s an important time of the year coming up, seven games to go, and I think it’s a great opportunity for us to go and get three points.”

The RailHawks have consistently shown a tough defense, out-possessing the Cosmos in this game and winning most of their direct stand-offs. Albadawi is also only one assist away from setting the record for most assists in a single season in the modern NASL.

The RailHawks’ next home game is on Saturday, October 8, 2016 against the Fort Lauderdale Strikers. 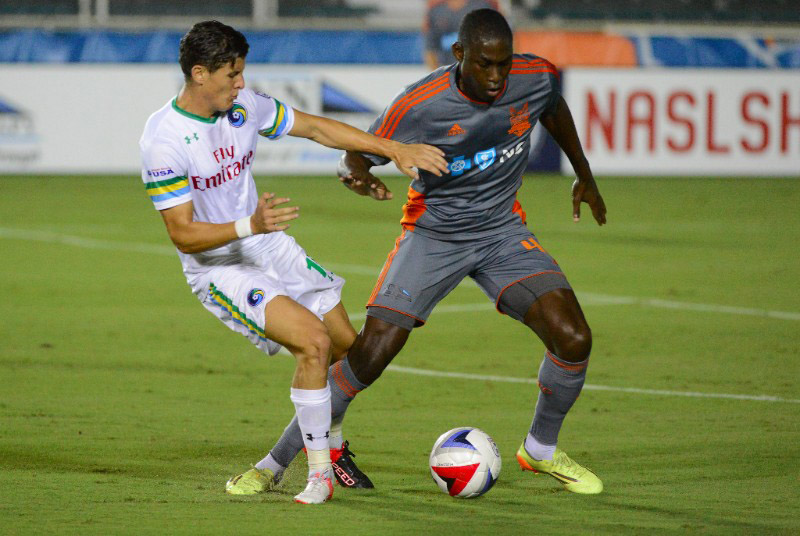 Halloween 2016 In Cary And Other Fall Events