Cary, NC – If you walk around Cary’s roads or woods, you may have noticed how much trash and litter is around town. But one Cary resident has been taking long walks and filling up large bags of trash to clean Cary up as much as he can.

Mike Keelean moved to Cary two years ago to be closer to his grandchildren and started going on long walks, five to ten miles a day, in order to get healthy.

“As I was walking around, I saw, geez, there’s a lot of trash around,” Keelean said. “It’s a shame. It’s a beautiful area with nice greenways.”

Keelean began using a grabbing rod and plastic grocery bags to pick up the trash he found but as he started paying attention, he saw just how much there was, eventually getting to a point where his average haul was three bags per day.

“I don’t think Cary necessarily has more than anywhere else. I’m think I’m paying more attention now,” Keelean said. “But there’s lots of building and construction and that plays a part. With more trucks and more people, that’s to be expected.”

Since he started, Keelean said he has noticed the amount of trash going down but he still sees a large amount on Morrisville Carpenter Road and he is beginning to expand his regular trips to places such as Davis Drive.

“They put up a sign for me with ‘The G Team’ for grandpa since I bring my grandkids sometimes,” Keelean said. 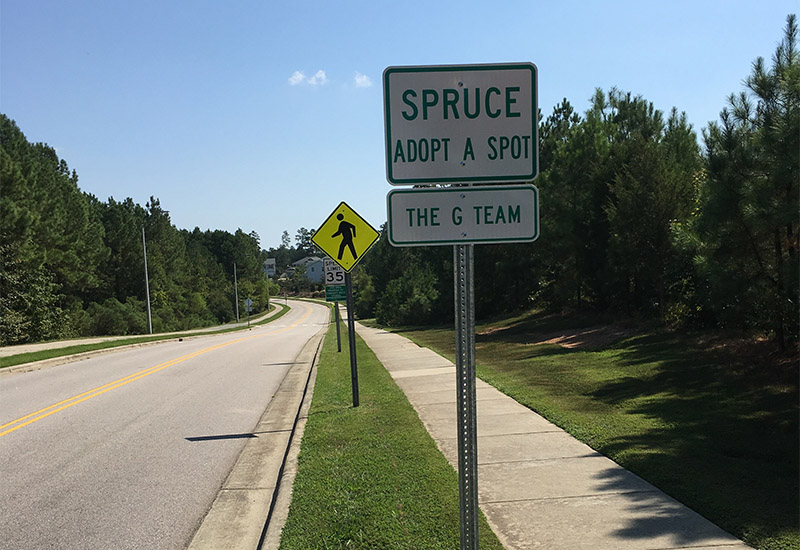 One of the main issues Keelean points to as a contributing factor to the large amount of litter in Cary is the low number of trash cans.

“You have some on the greenways and roads but there are very few,” he said. “There are a lot of heavily travelled roads with no trash cans.”

Keelean said the animal waste program has been effective at reducing feces and other animal wastes, with small bins for them around Cary.

“You don’t see animal waste as much anymore,” he said. “They come and collect the bins and it’s an effective program.”

Keelean said he sometimes deposits the trash he collects in those bins but they are too small for much of what he collects. And there are some parts of Cary where Keelean has found a particularly heavy concentration of garbage, such as the woods in the Twin Lakes area.

“I took back 20 full garbage bags and it didn’t leave a dent,” he said.

Some other sources of trash Keelean has seen are the flags put in the road during construction and roadwork, lawn care signs and waste from gas and service stations.

“There doesn’t seem to be a lot of concern about litter in Cary and Morrisville,” he said.

On his trips, Keelean also said he has come across many curious items, such as full bottles of cough syrup, expensive construction tools and tires with the rims still on. 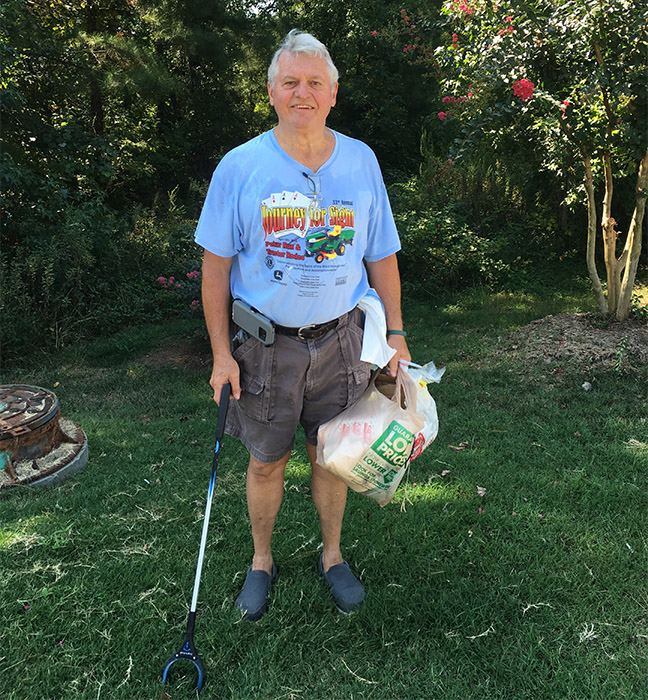