Cary, NC – In the Carolina RailHawks’ penultimate home game of the Fall season, they kept up a strong defense but lost against Rayo OKC in the final minutes of the match.

The RailHawks met Rayo at WakeMed Soccer Park on Wednesday, October 12, 2016 and played a very tight game. Rayo was unable to put up much offense in the first half, with goalkeeper Brian Sylvestre stopping the few attempts the team did make.

Meanwhile, the RailHawks made multiple attempts on Oklahoma City’s goal, with Matt Fondy and Simon Mensing both nearly making it, with Mensing working off of a cross from Nazmi Albadawi. The closest opportunity came from Billy Schuler, who was able to break free and get into a one-on-one confrontation with Rayo goalkeeper Daniel Fernandes but came up short.

The game remained scoreless until the 83rd minute when Michel Pereria took advantage of Rayo’s control of the ball and shot one past Sylvestre and gave Rayo their only goal of the night but it was the only one they needed. The game ended 0-1 with Rayo picking up the win.

Chances For The Season

With only three games left in the Fall season, the RailHawks still have a chance to make the playoffs depending on their performance going forward. The RailHawks are currently ranked sixth in the NASL and both Rayo OKC and their next opponent, Indy Eleven, are ranked above them. However, the RailHawks were able to defeat Indy Eleven earlier this season, though they will not be playing them at home.

Including Wednesday’s game, the RailHawks have only lost two games at home this season. Looking ahead to the next three games, the RailHawks have an impressive arsenal, with Fondy being one of the top scorers in the league and Albadawi now holding the modern record for most assists in a single season. 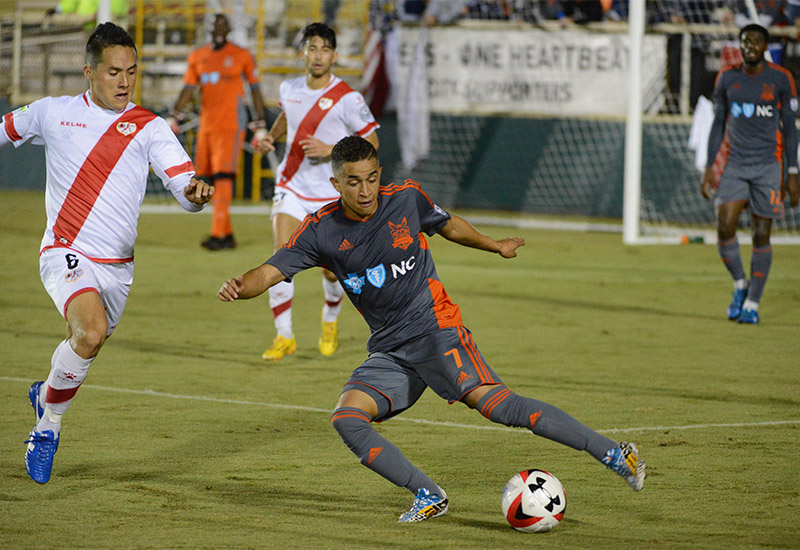 Cary Once Again Safest City in America
Scroll to top