Cary, NC – In their final home game of the Fall Season, the Carolina RailHawks gave the fans a win, playing to their largest regular season crowd in team history. 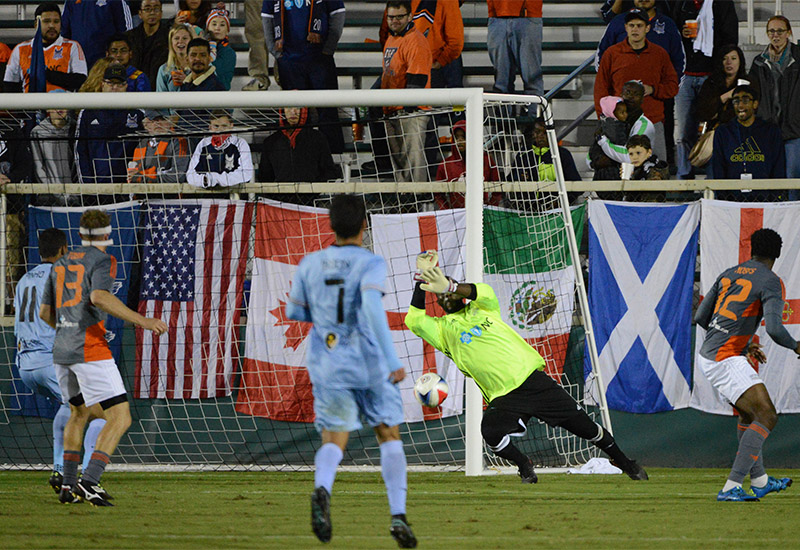 The RailHawks had a good showing this season, only losing two games at home. For their final home game on Saturday, October 22, 2016, they took on Minnesota United FC. The two teams were very evenly matched, which made for tense gameplay going in.

Things started off badly for the RailHawks, with a foul against them giving Minnesota’s Kevin Venegas a free kick. Thankfully, it missed and hit the outside netting instead, keeping the RailHawks in it.

Several times, the RailHawks set up ideal shots, including Matt Watson’s often-devestating outside box kick, but Minnesota’s Sammy Ndjock was diving throughout the game and protecting Minnesota’s net by thin margins each time. By the end of the first half, despite controlling the ball for most of the game and getting seven shots on the net, the RailHawks couldn’t get past Ndjock and the game was kept 0-0.

But finally, in the 51st minute, the whole team came together when Watson was able to steal the ball at center field, passing it from Brian Shriver to Matt Fondy, who shot and scored his seventh goal of the season. Fondy, who only joined the RailHawks this year, is now the leading scorer for the team.

After that exciting goal, there was still a lot of time left in the game and the home crowd was stunned silent when Minnesota made a goal in the 80th minute but it was called offside. A few more narrow saves from Sylvestre and the final home game of the season ended with Carolina winning 1-0. 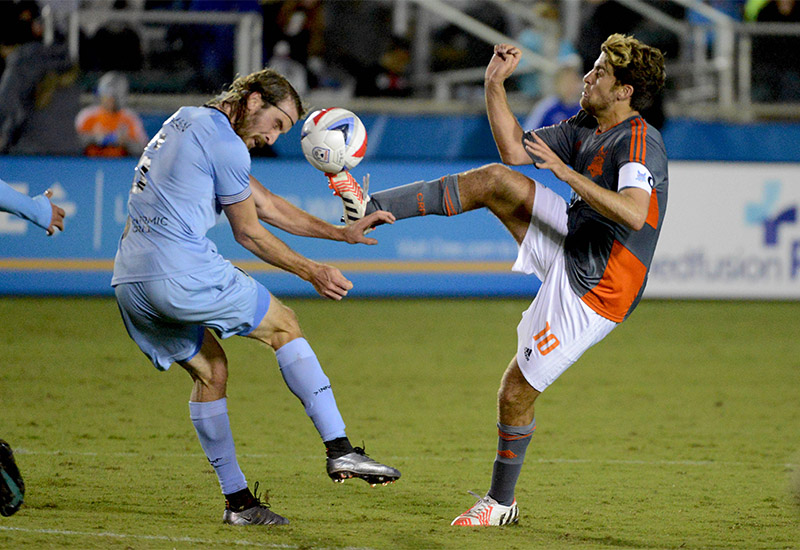 While the RailHawks pulled off a terrific win on Saturday, they were not able to secure a place in the playoffs. That made Head Coach Colin Clarke call the win “bittersweet.”

“It was our best performance of the year in a lot of ways against a very good team,” Clarke said. “We had our best crowd of the year, it was just a great night. I thought the boys were superb from the first whistle and their overall performance was very good.”

Other news from the game, in addition to Fondy becoming the team’s leading scorer, were the team awards handed out at halftime. For both MVP and Offensive Player of the Year, Nazmi Albadawi won. Albadawi broke the modern record for most assists in one season during this Fall Season. Defensive Player of the Year went to goalkeeper Brian Sylvestre who had a 75 percent shot to save ratio.

The final game of the season is against Puerto Rico FC in Bayamón, Puerto Rico on Saturday, October 29, 2016. Their next home game dates have not yet been listed. 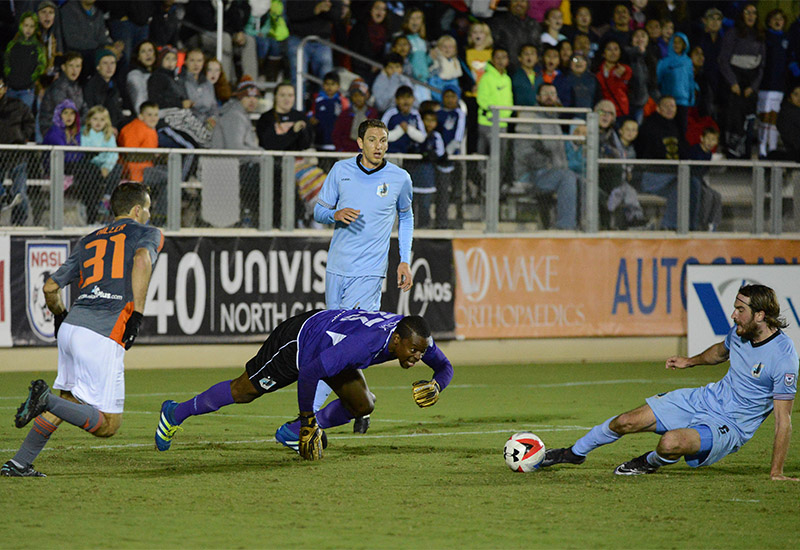