Cary, NC – It took forever for the Carolina Hurricanes to win back-to-back games and now they’re tied for current longest winning streak in the NHL at three games.

The Canes beat Montreal 3-2 in front of a decent crowd on the first of the new Home Grown series where local businesses for food, beer and music get to display their goods. I can say first hand, everything was excellent and a nice bonus to a nice win. 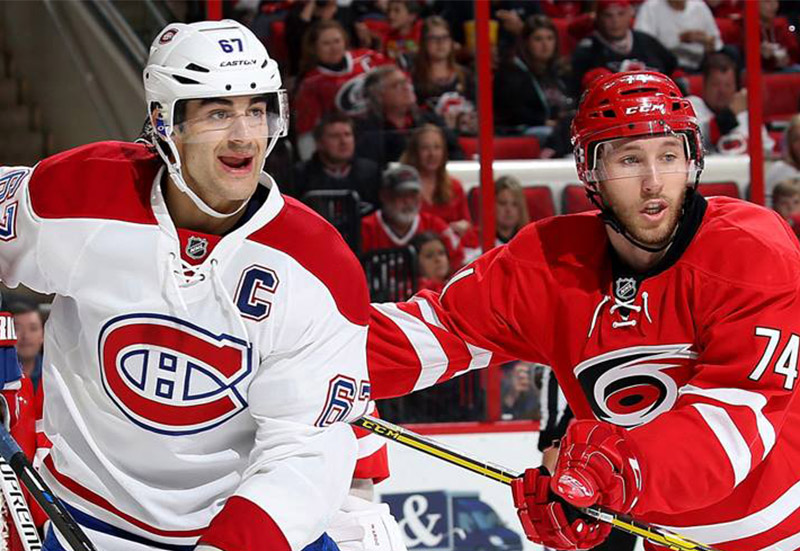 The Canadians started this season as they did last season: on fire going 10-0-1 in their first 11 games. They are a well-balanced team with a very strong defense, led by Shea Weber, who is also leading the Habs in goals, and the best goalie in the league for the past three years, Corey Price.

Last night Price got to rest as Al Montoya was between the pipes. Cam Ward was back in goal as Bill Peters believes that when a goalie is hot, keep him in crease. Former Canes Chris Terry playing in only his second game this year, took a shot from the circle to Ward’s right and hit the pipe on the far side.

Late in the second period with the game still at 0-0, Noah Hanifin every so lightly checked a forward who went down like a house of cards but made sure he leaned enough to fall on Ward.

With Ward down, the puck skirted out to the left of the goal where Jeff Petry was all alone for an easy slap shot to brake the scoreless tie. The Habs defense was like a wall from about the faceoff dots to the goal holding the Canes to only four shots in the each of the first two periods.

Canes Answer With Three in the Third

Peters, being the analytical type, had to stress the need to get more shots on net in the third and that’s exactly what the Canes did; they had 10, with three making it to the back of the net. Ron Hainsey had the puck on the left point sending his patented hard wrister towards the net with the puck deflecting off Skinny’s skate from 18 feet out to tie the game.

With the Vanes keeping the pressure on, four minutes later it was déjà vu all over again as Hainsey sent a wrister to the net but this time it was Teravainen had the tip in to give the Canes their first lead of the night. Just two minutes later, Elias Lindholm fought hard on the puck, made a sweet pass to Victor Rask who skate to the slot then sent a puck along the ice far side off the pipe to put the Canes up 3-1.

The Habs made a comeback adding a goal with less than five minutes left on a shot Ward would like to have back as he left the near post unprotected and got burnt. The Canes never turtled and kept the pressure on to get another goal but time ran out with the final 3-2 giving the Canes a nice three game win streak.

Next game is Sunday as the Canes hope to extend their streak to four games. Be There! 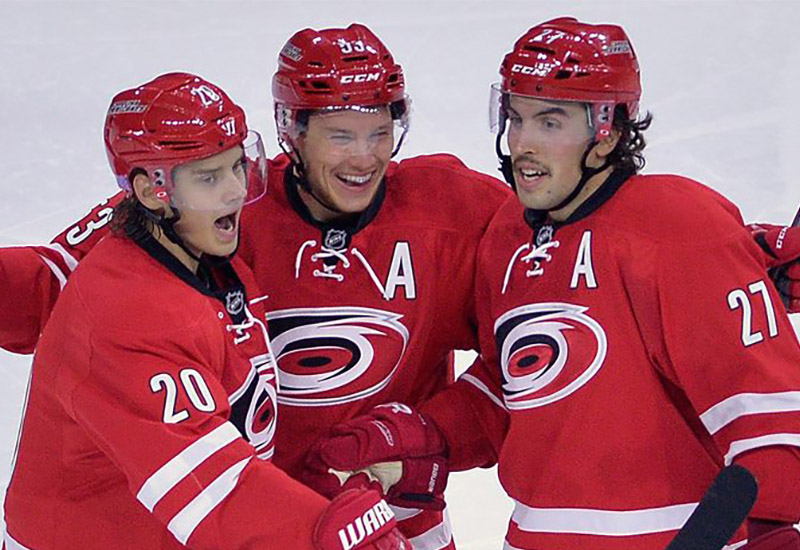