Cary, NC – To help out for the holidays, hundreds of Cary residents gathered at Herbert C. Young Community Center to help charities across the state. 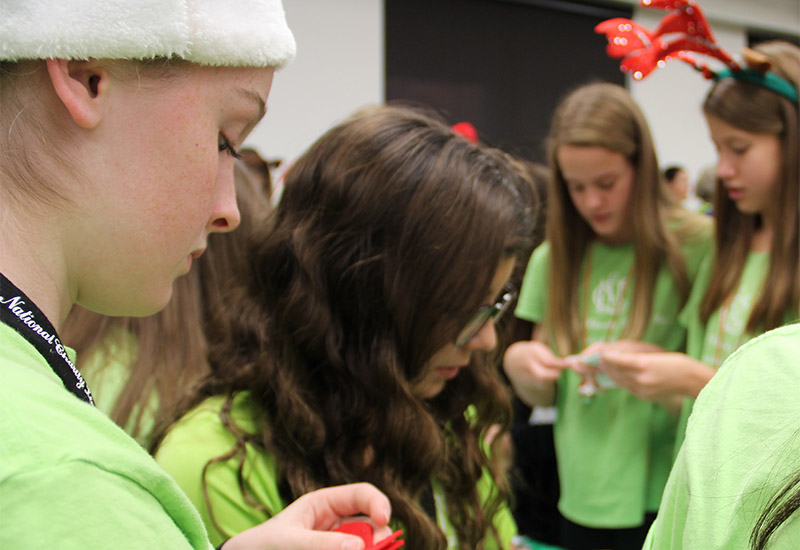 On Sunday, November 20, 2016, the Carolina Lily Chapter of National Charity League Inc. gathered about 100 mother-daughter teams of its members at Herbert C. Young Community Center to stuff and decorate stockings. More than 1,000 stockings were put together.

“Our hearts are full after this year’s holiday stuffing party,” said Carolina Lily President Diane D’Agostin. “So many of the philanthropies we serve are a vital source of support to people in our area, and we’re honored to be able to help them celebrate the holidays.”

The stuffed stockings and the gifts that went with them included school supplies for Brown Bag Ministries, toiletries for Dress for Success, stockings and gifts for the USO of North Carolina and the Ronald McDonald House and toys for animals at the SPCA of Wake County. 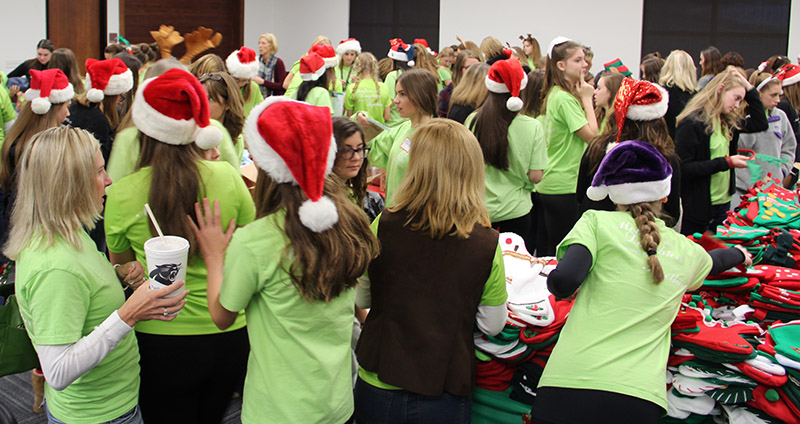 At the event, retired Air Force Reserves Lt. Col. Janet Lane Allen, who is also a Cary resident, spoke before the women gathered and gave encouragement ahead of the stocking stuffing.

Carolina Lily is one of Cary’s two National Charity League Inc. chapters, along with Cardinal. 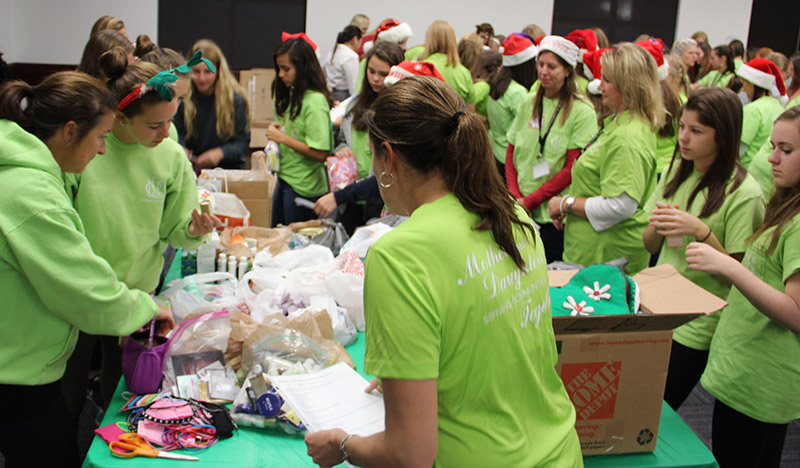