Cary, NC – The holidays are always a big time for charities and donations as more people think about giving. And at SearStone, residents have gotten into the spirit with a large donation of handcrafted wooden toys. 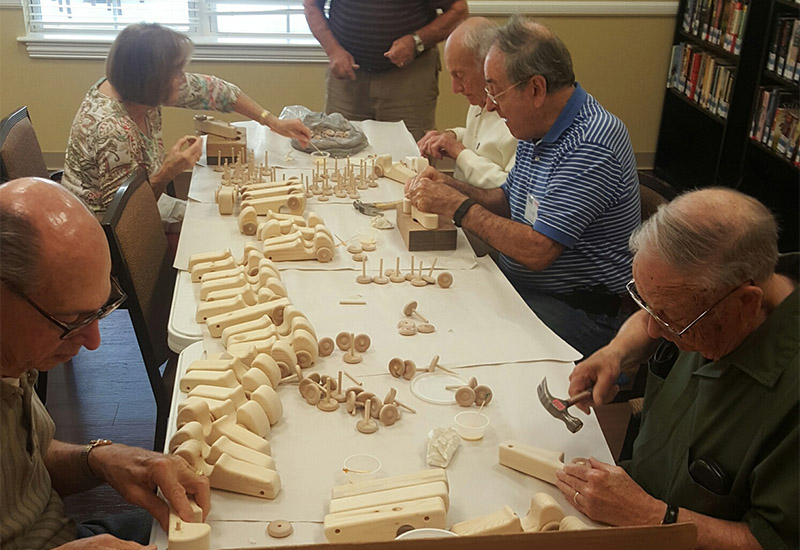 Alex Knittel, a SearStone resident and woodworker, said the donations are not new but they have changed the layout some to improve speed and efficiency.

“We’re breaking into different groups. One group makes airplanes, one makes race cars, one makes dogs and so on,” Knittel said.

Knittel said this system also helps woodworkers stick with materials that they are better suited for. For example, Knittel said he is not good with airguns and power tools so he works on race cars and wheel assembly.

This year, SearStone residents are set to donate 650 wooden toys to Toys for Tots and Knittel said it is a good cause that he can work on at any time.

“When I was sick, I decided to focus on making a wood locomotive. By the time I was done, I had some coal cars to go with it,” Knittel said. 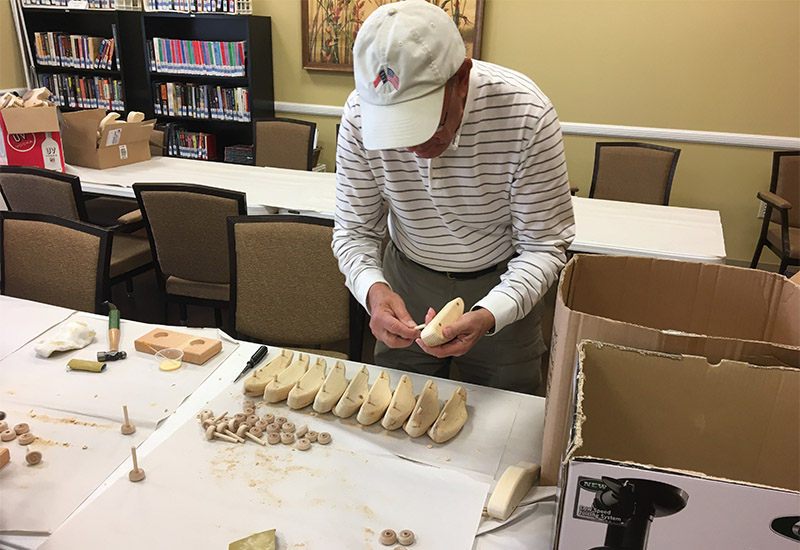 Knittel said he originally got into woodworking by seeing his friend at church come back with a toy race car he made.

“And I thought I could make one too,” he said. “And since then it’s become a good time and a lot of fun.”

With this donation program, Knittel said it gives the children something a little special.

“We’re woodworkers. If we just bought them a toy, it wouldn’t be the same,” he said. “With handmade, handcrafted wooden toys, there aren’t a lot of those out there.”

While working on the toys, Knittel said the residents had to come up with creative solutions, such as getting around their lack of paint by making sure all toys were sanded very fine to maximize quality and durability.

To thank the residents and the Triangle Woodworking Association, SearStone is holding a reception on Tuesday, December 13, 2016 with guest speaker Roy Underhill of PBS’ “The Woodwright’s Shop.” 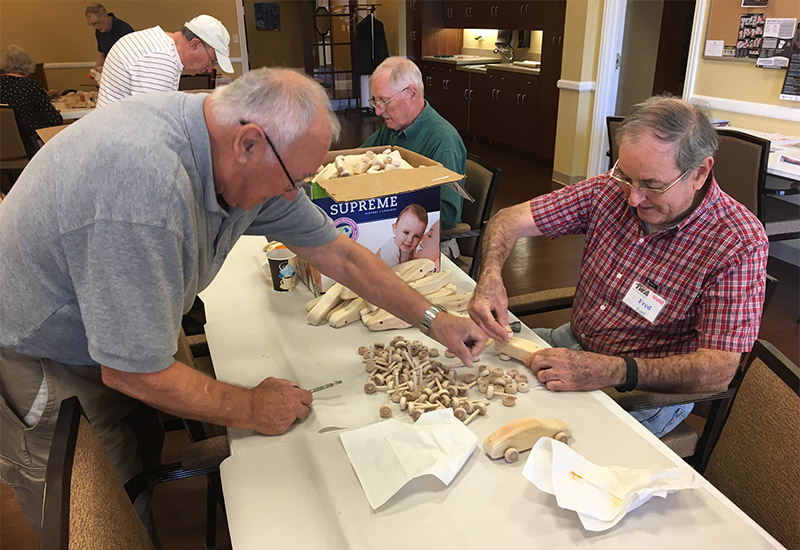 Knittel on the left