Cary, NC – Green Hope High School has had a strong semester so far, with multiple state, conference and regional victories in a variety of sports. But the athletics department’s top honor came with their ranking as the top men’s soccer team in the nation. 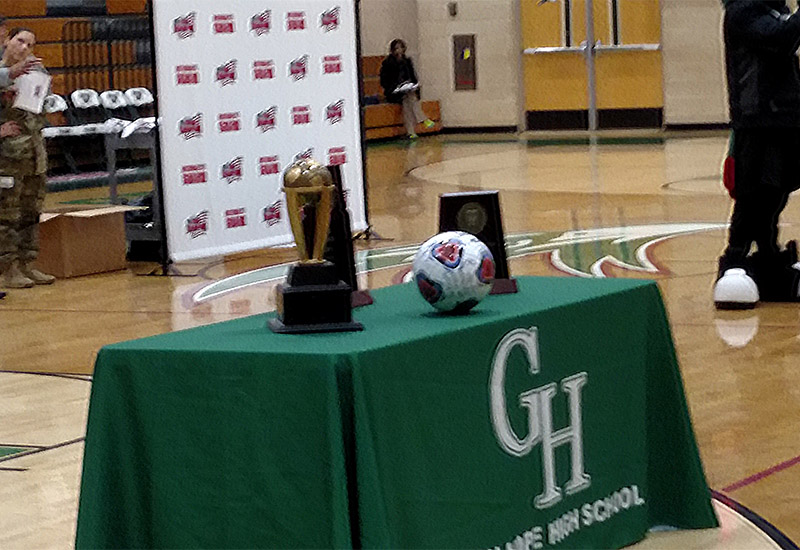 Green Hope’s title as the number one men’s soccer team nationwide comes from MaxPreps, a high school sports new site partnered with CBS Sports that ranks teams all over the country.

“You neer know what’s going to happen in the future but you can prepare,” said David Corsbie, head coach of the men’s soccer team. “Whether in academics or athletics or being a good member of your family, you can prepare.”

The Falcons’ accomplishments at the state championships were not the only reason they were ranked so highly by MaxPreps.

“Not only did you win the state championships, but you had a 28-1 season,” said Ray Dungee, regional representative for MaxPreps. “Among the nation, you finished first, out of more than 16,000 schools and teams.”

“We get excited about trophies and rankings, but I want you to take pride in the moment,” Corsbie said. 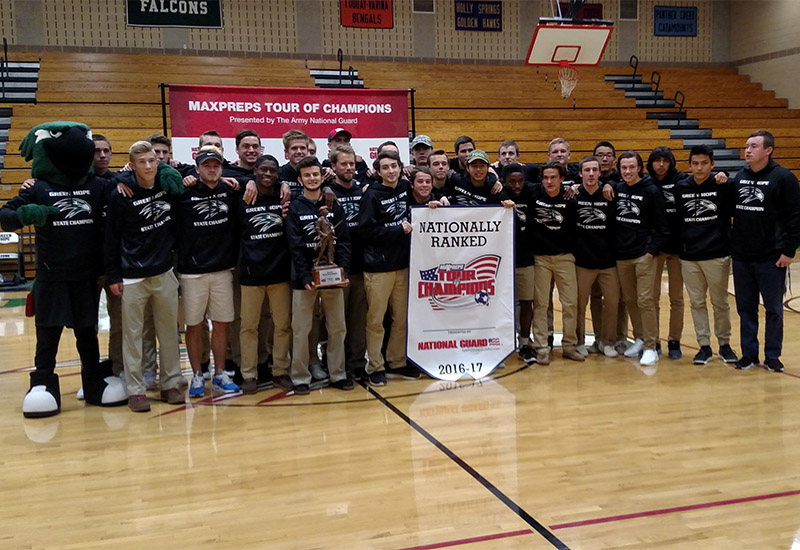