Cary, NC – It’s no secret that HMart has been highly anticipated by the Triangle community – trust us, we see the page views. And on HMart’s grand opening, huge crowds came to the grocery store to see what it was all about. 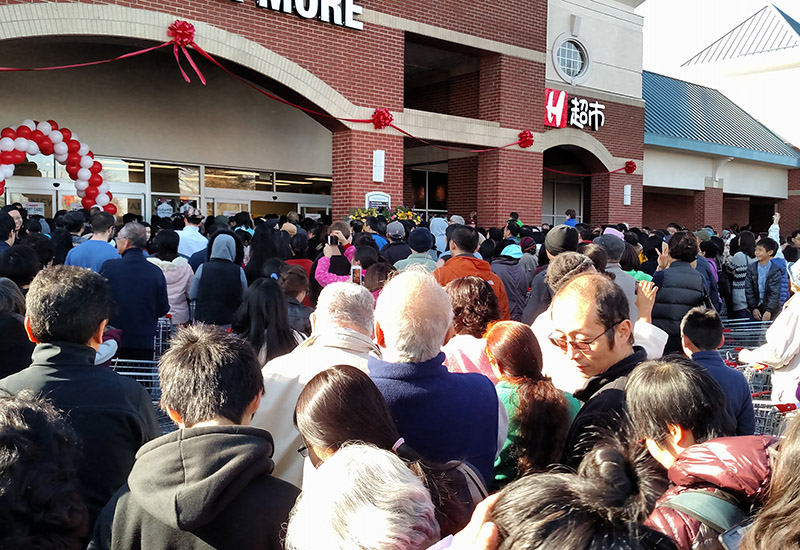 The HMart parking lot, located on High House Road, was filled with people waiting patiently in line for HMart’s grand opening in Cary on Thursday, December 22, 2016. As the first HMart in North Carolina, people came from not just Cary but around the region to shop there.

One customer, King Man, said he was excited to not only shop for Korean and Asian groceries but to eat at the various restaurants in-store.

“We’ve been following it in the news,” Man said. “We’ve been waiting almost a year.”

HMart is open in what used to be a Lowe’s Foods in Cornerstone Square and the opening included special deals for early shoppers and cultural performances including music and dance.

Another shopper, Jennifer Cho, said she had been to HMarts in other states before and was glad to have one nearby.

“Now I don’t have to drive to D.C. or Atlanta to shop at HMart,” Cho said. “It’s got fresh produce, good prices, a large selection and it’s convenient because everything is in one place.” 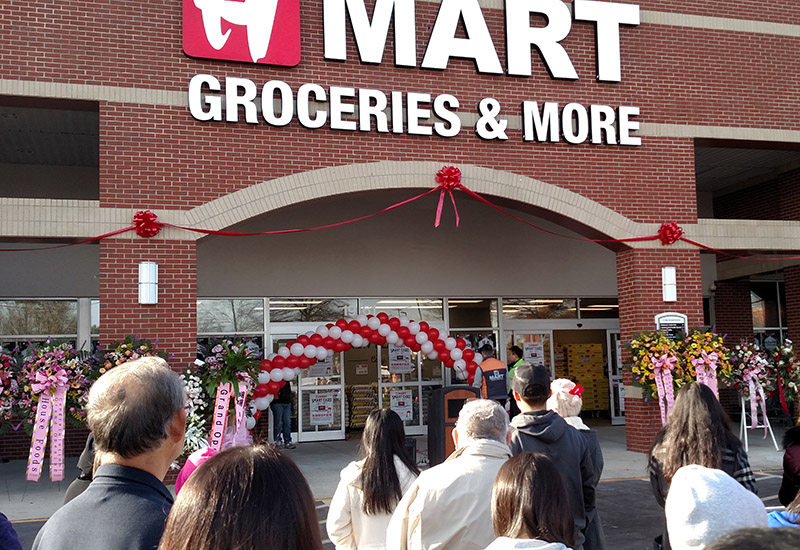 The ribbon-cutting and doors opening to the public was delayed by about half an hour due to some final inspections by Wake County but during that time, employees handed out free water and local leaders got up to talk about the store.

Representatives from Cary’s Asian and Korean communities spoke, as well as Cary Chamber of Commerce President Howard Johnson and members of Cary and Morrisville’s town councils.

“This is truly a grand opening. This has to be the most people I’ve ever seen at an opening,” said Cary Mayor Pro Tem Ed Yerha. “We’re proud to have the number one international grocery chain here in Cary.”

Story and photos by Michael Papich. Community content sponsored by Maximillians in Cary.