Cary, NC – Santa Claus was in the house, sounded the siren to start the game and helped the Canes give an early Christmas present to the larger than normal crowd of Caniacs as the Hurricanes pulled out a victory after playing flat for the first 45 minutes of the game.  The win extended the home point streak to 10 games. 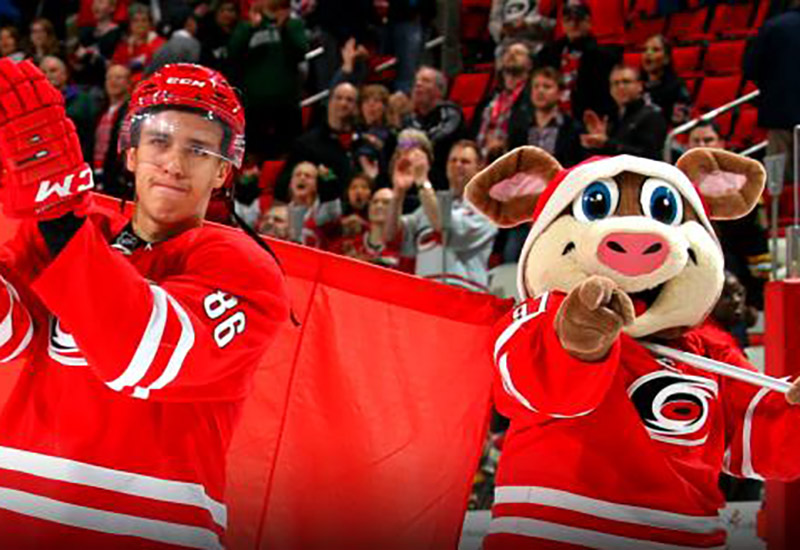 Canes Were in Their Christmas Giving Mode

The Canes started the game as if they were playing on the soft ice that canceled the game against Detroit earlier in the week – they were as flat as they’ve been all season. Boston is a very chippy team, not the fastest in the league by any stretch, so the pulling, tugging on the sweaters, slight hook here and there, were getting the Canes off their normal run and gun type of game.

There are a couple of Bruins that can make the All World team on cheap play but as the saying goes, unless it’s called, it has to be OK. Boston had control of the game from the initial drop of the puck on both offense and defense. Midway in the period with a pile in front of Cam Ward that looked like it was 14 players, somehow the puck bounced off a player into the goal for a 1-0 lead.

If it wasn’t for Ward, the period could have ended 5-0 as Boston completely dominated the game. Brock McGinn was one of the few Canes that had a decent first period. Late in the first, he had the puck along the boards on the left wing and used his speed to get past a defender, getting off a shot that former Cane Anton Khudobin kicked to the side. McGinn got his own rebound passing up to Brett Pesce for another shot that went wide. 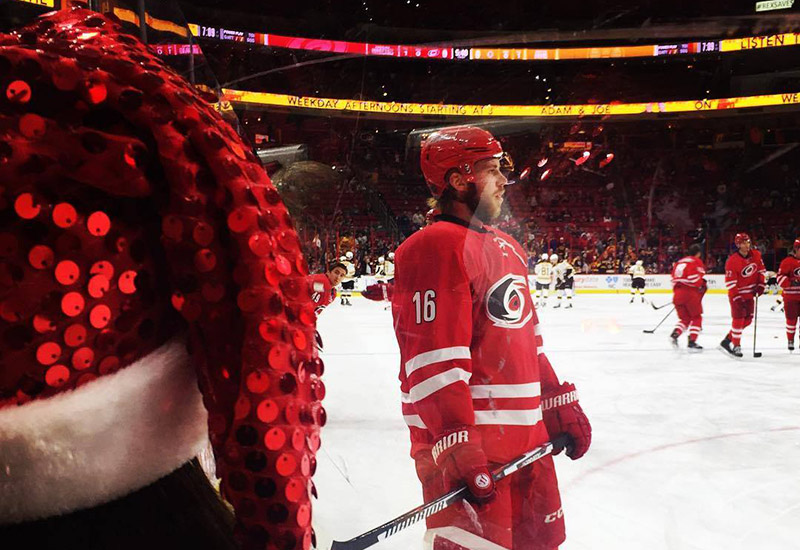 Early in the second, Pesce had his momentum going north when the man he was covering was going south so he did the Boston thing and had a slight grab. But unlike the Boston thing, he got called for holding. The Bruins converted on their powerplay against the #1 PK unit in the NHL. The Bruins know how to crowd the crease and make life miserable for goalies and that’s exactly how the goal was scored.

While the Cane forwards were fast on the puck and forcing quick movement, the Bruins executed well on possession and passing, finally getting a shot off that trickled over the goal line, barely hitting the net. Midway in the period, the Canes were again man down and call it game, set, match if the Bruins go up 3-0 on the man advantage.

Jordan Staal is one of the best defensive forwards in the NHL and he showed why as he intercepted a pass up high then somehow found some speed for a breakaway against Khudobin. Staal buried the shot, waking up the Caniacs and, more importantly, the rest of his team. The Canes played slightly better after that goal but still needed to raise their play. Coach Bill Peters shuffled lines and defensive pairings all night for anything to get better results.

After Rod Brind’Amour leaned down for a word or two to several players on the bench, it was amazing to see how their play picked up. Who knows what was said, could have been something along the lines: shall I show you what a real workout in the weight room is?

Teravainen Nails It In OT

Coming into the third down just 2-1 after playing so badly for the first 40 minutes had to send a message to the Canes if they played even half way decent the home point streak could continue. They didn’t start the third playing with any sense of urgency however with a little over six minute mark, Staal stole the puck then passed to Elias Lindholm.

Lindy took the puck into the Bruins end, passed over to Justin Faulk joining the rush. Faulk settled the puck then picked a spot for a very sweet looking goal to tie the game. With the game ending in a tie, the point streak continued but the Canes need every point they can muster. Onto the overtime and the Canes started with the defensive and muscular trio of Faulk, Staal and Lindholm.

Two shifts later, Teuvo Teravainen replaced Staal as he had a long shift. Lindy made a drop pass to Teravainen who went down the center of the O-zone sending a wrister high stick side to complete the come from behind victory giving the loud crowd an early Christmas gift as Santa had a big smile and that twinkle in his eye. 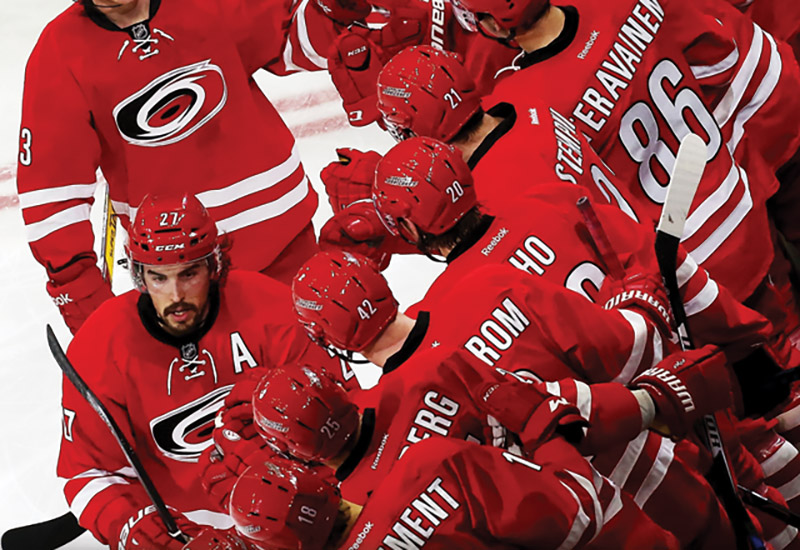