Cary, NC – Films made in China have been around almost as long as film itself – 111 years, in fact. We know that precise number because Morrisville and Cary hosted an exhibit this week in honor of 111 years of film in China. 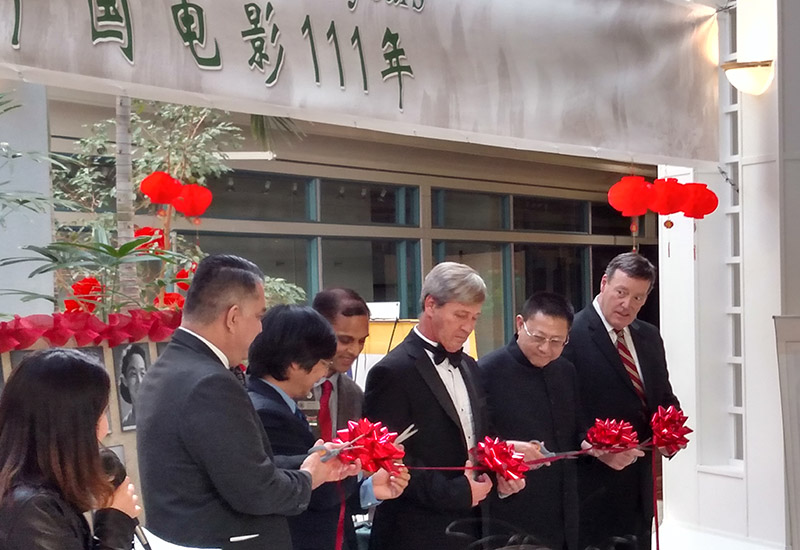 Curious crowds and film fans gathered at the Carolina China Council on 1001 Airport Blvd. in Morrisville for “China’s Films: 111 Years,” an exhibit for people to learn about the film history of China on Wednesday, December 29, 2016. The information and posters came from the China National Film Museum, the world’s largest film museum.

“The first Chinese film was made in 1905, 10 years after the Lumière Brothers invented the technology,” said Chen ZhiQiang, curator of the China National Film Museum. “With this exhibit, we want to not only bring out films for people to see but we want people to understand where it’s come from over the past 111 years.”

All around the exhibit were posters talking about different eras of Chinese film, including information on that first film, The Battle of Dingjun Mountain, and the first Chinese film to win an international award, Song of the Fisherman. There were further breakdowns to show various genres and themes, including the growth of martial arts or swordsmen films such as A Touch of Zen, romantic films such as Amidst the Rain and the film movements in Hong Kong and Taiwan thanks to filmmakers such as John Woo and Ang Lee. 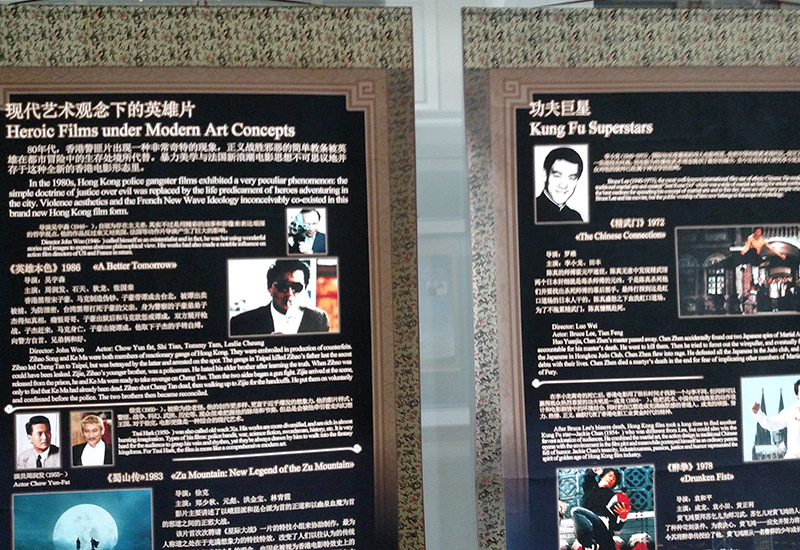 At the exhibit, visitors could also watch Uproar in Heaven, the first colored animated movie in Chinese history telling the story of Sun Wukong, the monkey king from the Chinese epic “Journey to the West.” Uproar in Heaven won the outstanding film award at the 1978 International London Film Festival.

In addition to educating attendees about the long history of cinema in China, the event also served as a way to highlight North Carolina as a destination for producers and executives from both the United States and China to make movies here.

“We wanted to make people realize there is a big Chinese population in North Carolina and it’s a beautiful place,” said Stuart Lewis, one of the organizers of the event along with Shasha Zhang, his wife. “Cary is one of the nicest places in the whole country.” 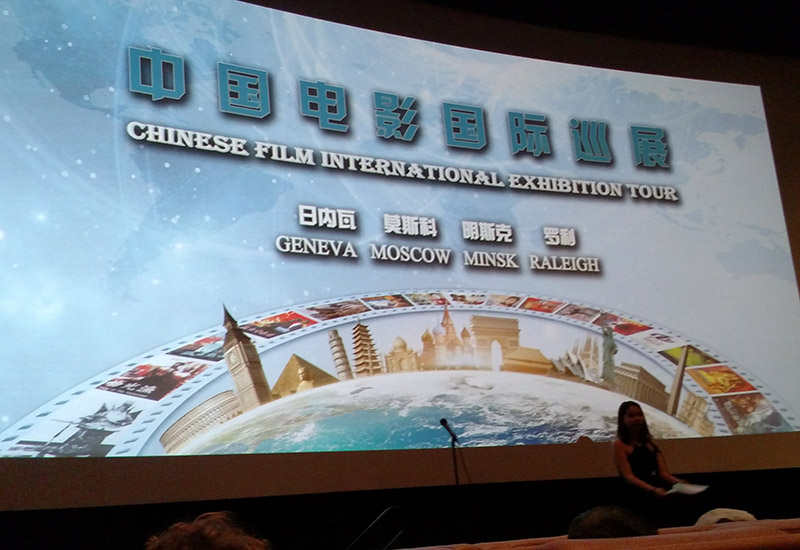 Lewis said he and Zhang had been working on this event for the past two and a half months. The idea was largely Zhang’s, who organized the DC Chinese Film Festival for the past three years.

Later in the day, guests were invited to hear a presentation about film in North Carolina at CinéBistro in Cary’s Waverly Place, followed by the 2014 movie The Taking of Tiger Mountain, a modern action take on a well-known story in Chinese film history. The film won for best director at the Golden Rooster Awards and the Hong Kong Film Awards.

After the screening, Gang Yue, associate professor of Asian studies at UNC-Chapel Hill, said he doesn’t normally show action movies in his Chinese film class but now has changed his mind.

“This movie is a perfect bridge between what used to be a revolutionary classic, now attuned to not just a Western audience but an American audience,” Yue said. 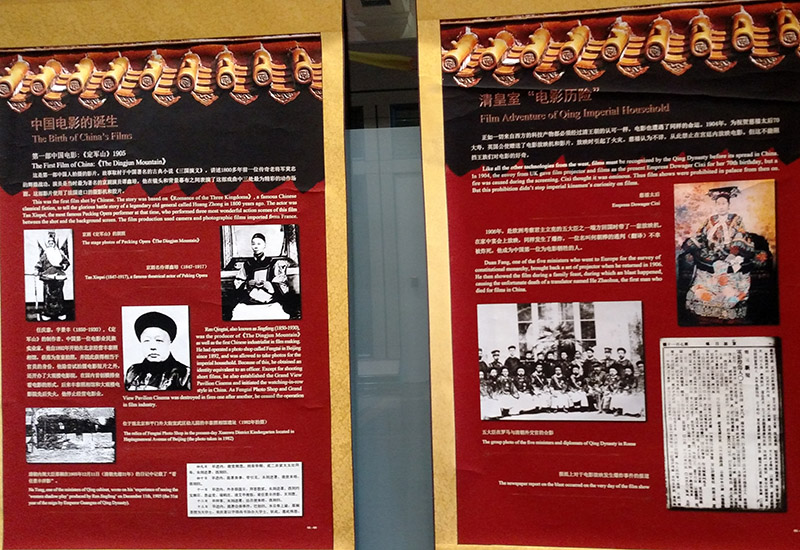 Chinese Culture in the Triangle

As Wednesday’s event shows, Cary and Morrisville, and the Triangle in general, has a large Chinese population and people outside the area might not know just how robust it is.

“It’s amazing to see how much impact the Chinese and Asian community is having in North Carolina,” said Steve Rao, Mayor Pro Tem of Morrisville, reminiscing on how when his parents came to the area from India, there were hardly any other people of Asian descent around. “It’s hard to believe how much things have changed in 90 years.” 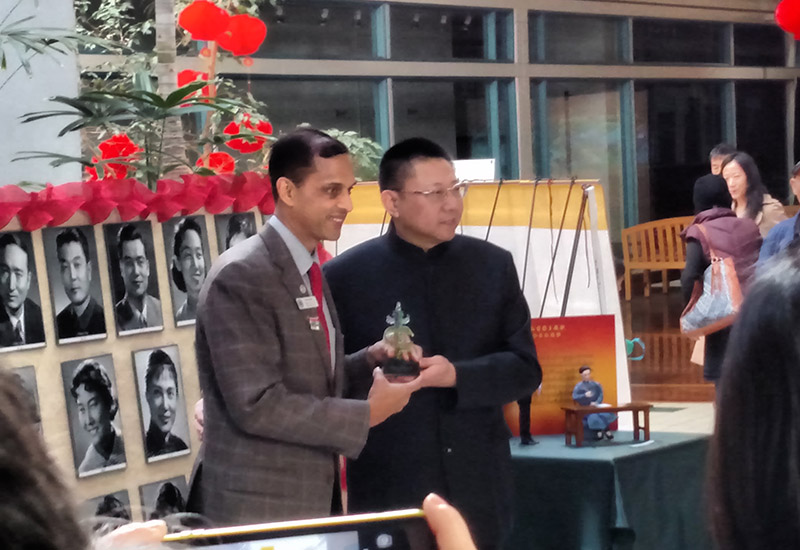 Scott Long with the Carolina China Council and president of Raleigh’s Segment Factory said this kind of event is perfect for cultural exchange.

“Film is a very powerful tool that can spread all around the globe and across cultures,” Long said.

In North Carolina in particular, Long said the exchange has brought a lot to the area that wasn’t here before.

“We’ve been exposed to different styles of music, clothing and real Chinese food,” Long said. “And we learn that we all have very similar likes.”

With the exhibit and event, Lewis said he wants this exhibit to show Chinese filmmakers and producers that the region offers everything one could hope for in a community.

“I could see people setting up a film studio here if we could just get the tax breaks back,” Lewis said. “And we hope to expand the festival and exhibit next year. Just like we did with the DC festival: every year it keeps gets bigger.” 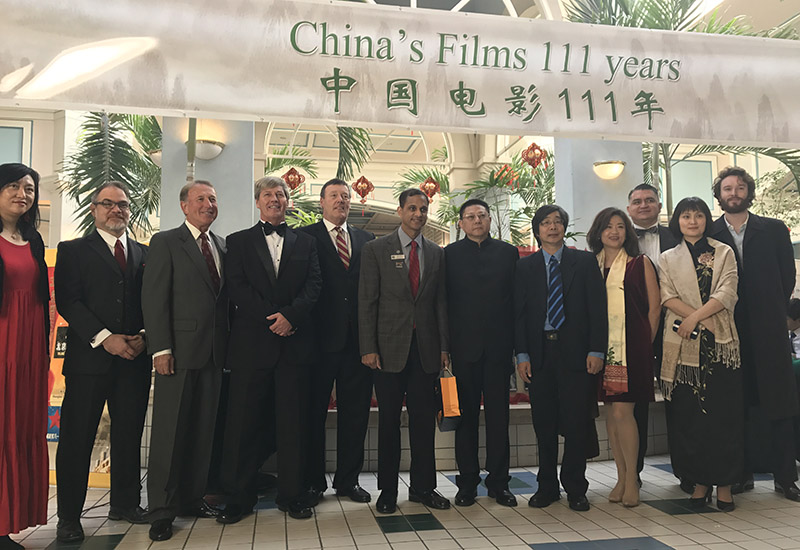