Cary, NC – With the Holidays just over and hearing so many holiday songs on the radio over and over again, one reminds me of the way the Canes played earlier this season as well as last night. In the song about the Grinch That Stole Christmas, one line says it all: Stink, Stank, Stunk.

All teams have stinkers once in a while but in my viewpoint, this was the third stinker of the season. Against the Devils no less, who are one of the few team in the standings below the Canes, and with the win, are now tied with the Canes at 39 points apiece.

The game started with both teams playing cautious, maybe because they were waiting for more fans to show up. The speed of the game was slow, the fore checking was non-existent, scoring chances were weak, shots taken were low as most of the play was between the defensive dots in both ends. The Devils had played the night before, shutting out Boston, so the Canes could have come out with guns blazing to take advantage of a team not fully rested with their travel and all.

Both goalies were perfect in the first, mostly due to not being challenged. Rarely did I see a Cane forward in front of Cory Schneider partially because much of the play was in the corners with little opportunity for a defenseman to get off a shot. Ryan Murphy, playing in only his eighth game this season, is an offensive minded defenseman and joined the rush on a few occasions, once getting off just one of the two shots by a defenseman in the first.

Brock McGinn was one of the brighter spots on the Canes this game. He’s not the biggest guy at six feet and 185 pounds but he’s fast, good with his stick, follows through on every check and is not afraid to get in the dirty area creating havoc for the opposing goalies. His tenacity paid off on one play along the boards that left hold McGinn as only option for Jon Merrill.

The Canes had four power plays on the night not connecting on any of them but on the positive side, each was an improvement over the previous powerplay. In all, the Canes had nearly half their shot total off power plays while hitting the posts at least three times that we all know don’t count as a shot on net. Just under the 15 minute Mark, Adam Henrique scored when he was left all along in the high slot on a nice pass from Cane killer Michael Cammalleri.

Cammalleri scored a goal of his own early in the third on what was partial killer instinct and luck. Towards the end of his lines’ shift, the puck went around behind Ward to the left circle with Cammalleri and Jaccob Slavin going for the puck. Cammalleri got to the puck first, swiveled and shot in one motion with the puck going four feet, hitting Slavin’s stick deflecting into the upper left corner of the goal.

The Canes came alive after that goal as it appeared the ice was titled towards Schneider. After a shot by Ron Hainsey that bounced off a few players in front, Sebastian Aho was shoved away from the crease but got the puck on his stick while falling and swiped it into the net to bring the Canes back within one. The Canes had their last power play of the night but once again failed to put the biscuit in the basket. The Devils scored an empty netter sealing the win, ending the Canes home point streak at 11 games.

Next game: Sunday, January 8, 2017 at 5 PM against Boston in another home grown series game. Be There! 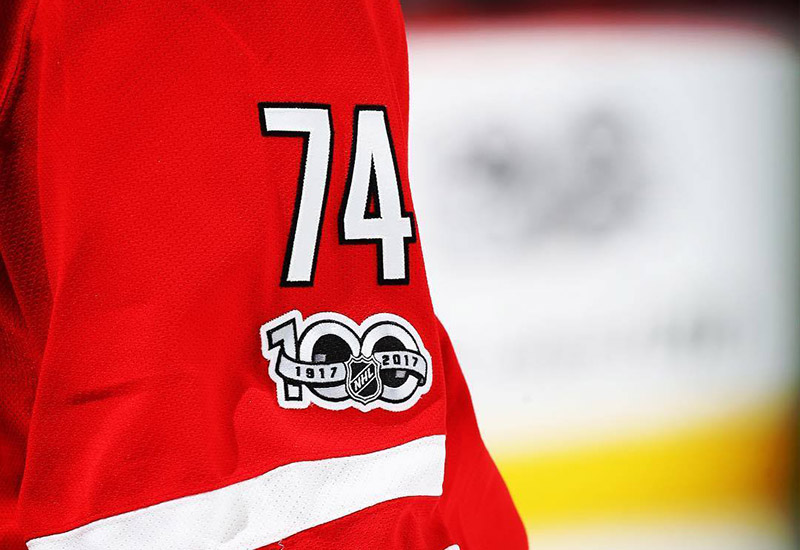 Likely Chance of Snow This Weekend in Cary
Scroll to top