Cary, NC – The first time the Canes played the Pittsburgh Penguins it was a close checking, hard fought but clean game as there were no penalties. Friday night’s game was a completely different story as the current Stanley Cup Champions dominated the Carolina Hurricanes in a 7-1 one sided loss. 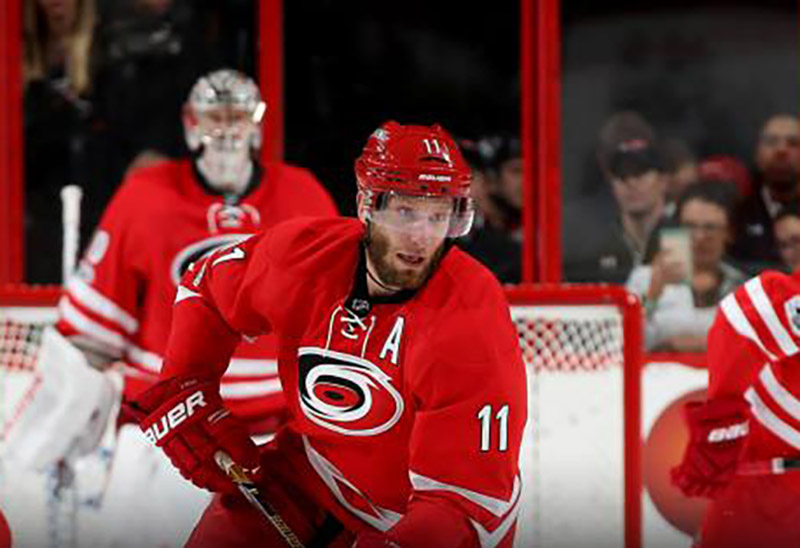 Good Start, That’s About All

The Canes tried to set the tone early with aggressive forechecking and having that attack mind set. With the Pens starting their top line with Sidney Crosby, the Canes countered with their top defensive line with Jordan Staal given the task of covering his former teammate Crosby. The Canes had the puck in the Pens end and were fast on the puck and hitting passes to either a player or open space.

Staal drew a hook by Ian Cole in the corner at just the 27 second mark giving the Canes a chance to set the tone early and hopefully score a powerplay goal that has all but taken a mid-season break as they just one for their last 33 attempts – make that now one for 34.

But while they didn’t score, as all power plays should be, they had that shoot mentality getting off two shots on goal but several were either blocked or went wide. After what became the first of many poor clearing of the puck in the D-zone resulting in a turn over, Trevor Daley caught the puck, dropped it to his stick, centered himself then sent a slap shot off Cam Ward’s shoulder in to the delight of the many Pittsburgh fans in the large crowd.

Pens Put It Away In The Second

The second period was all Pittsburgh as they could do no wrong and the Canes could do nothing right. The shots the Canes had were not quality shots. Nearly all shots by the Pens were quality shots and when Ward made the save, he was giving up uncharacteristic rebounds which nearly every time had a Penguin sitting on his doorstep for the tap in as the Canes defensemen were just not clearing anyone out front. 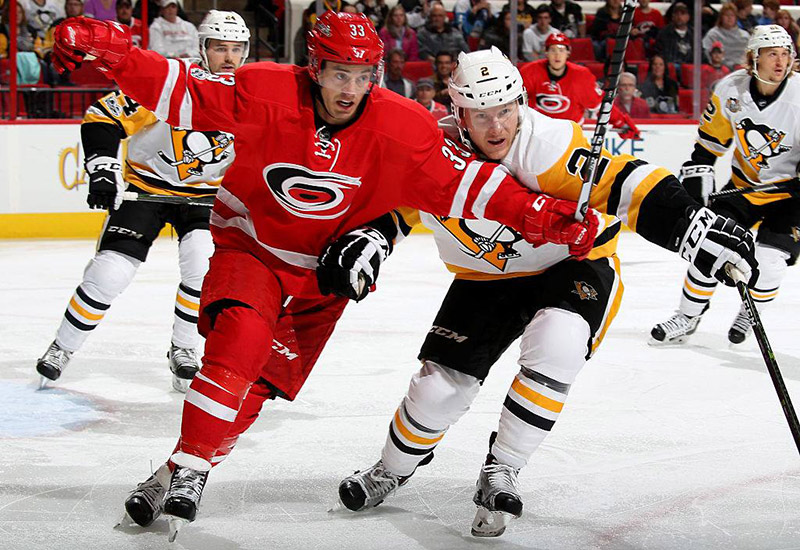 As in the first period, a poor clear led to turnovers that led to goals. If there was a lesson for the young Canes to learn was in the NHL, aggressiveness and a killer instinct leads to good things. The Phil Kessel power play goal was a thing of beauty. The Pens were passing at will and with the puck on the right side, Kessel came down the left, Malkin passed through everyone right onto Kessel’s stick. Kessel is a smart player and must study goalies tendencies as he knew Ward would being going down so he flicked a shot up high just under the cross bar.

Maybe it was because the Canes’ fathers were in attendance but I was surprised to see Ward in the net starting the third. The Canes needed a change and have an afternoon game Saturday so if they had a thought about Ward starting his 22nd game in a  row, they needed to rest him and do anything to stop the bleeding.

Malkin scored on play that after watching the replay appeared that Ward was knocked in the head by Penguin that Ward took exception with as he lunged to his left and gave the best right hook of the night. That and the Viktor Stalberg breakaway shorthanded goal were the only two things Caniacs had to cheer about. Well, maybe the final buzzer too.

All in all, no other way to put it: a stinker in the first degree. So for the second game in a row, the Canes missed the opportunity to leap frog themselves into the Wild Card spot for the playoffs. They get their third try for that Saturday afternoon against the Blue Jackets. Next home game is Thursday, January 26, 2017 against the L. A. Kings at 7 PM. Be there! 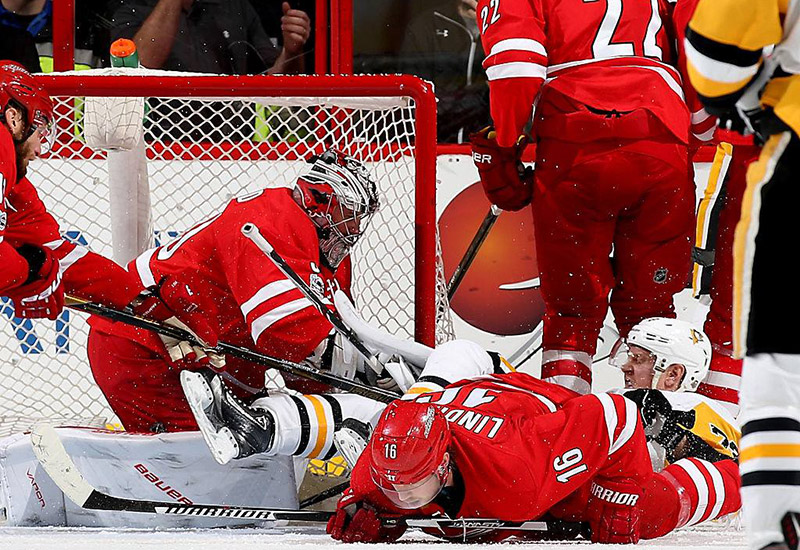 Money Matters: I’m Changing Jobs. What Should I Do With the Money in My...