Cary, NC – The Cary Town Council had one of their shortest regular meetings this week as they passed two items without any town residents speaking or asking questions.

There were no public hearings at this Thursday, February 9, 2017 meeting and no one came up during Public Speaks Out. So after voting to approve the past month’s minutes, the Cary Town Council moved into the discussion items. The first item dealt with issuing new bonds to pay for a number of capital projects, most of which dealt with water and sewage.

Karen Mills, Cary’s finance director, said the bonds will be used to pay for an expansion of the Cary/Apex water treatment facility, upgrading water lines and sewage plumbing and more. Based on her report, Mills said the town would pay off the debt from the bonds in roughly 25 years, comparing its structure to a mortgage payment. 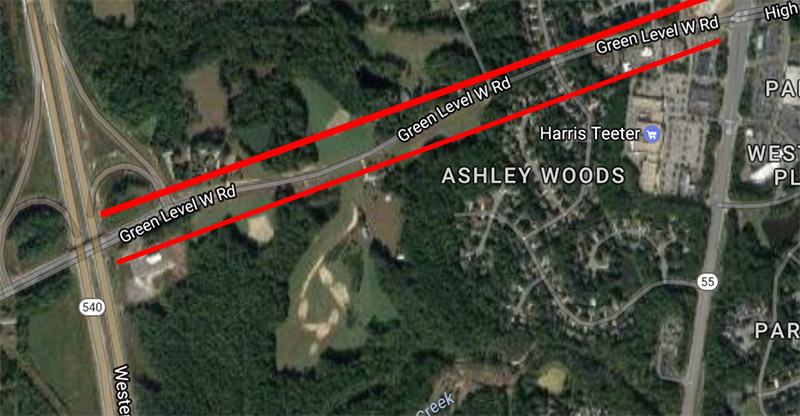 The Cary Town Council had previously approved widening Green Level West Road and this vote approved the bid award. The construction company would work on the road widening for $3.6 million.

The idea behind the widening is to make it a four lane road with a decorative median. Additions would include bike lanes and sidewalks to make it easier for bikers and pedestrians as well.

Town staff referred to this area as a “gateway” to economic hubs in Cary, with the road stretching between NC-55 and NC-540. Also, staff reports projected traffic on Green Level West Road would more than double by 2040 and said this widening would essentially get the town to be working in the necessary direction before problems arose.

Following these votes, there was no closed session so the meeting was adjourned, wrapping up in time for the UNC/Duke basketball game that same night.