Cary, NC – Last night I had the opportunity to see a thought provoking documentary by Zach Galifianakis called, “Democracy for Sale.”

Yeah, I know, you don’t think of Zach of The Hangover Movie fame as being the that kind of guy, but I have to say I was impressed.

“Democracy for Sale” is a documentary that is part of a series called AMERICA DIVIDED.

As a NC native son, Zach Galifianakis hosts and interviews a number of individuals in this documentary which looks at the gerrymandering of districts and the impact of money in our state.

The premise for Zach’s journey throughout this documentary is as a newbie to politics and the process, and he’s wondering, out loud, about the apparent shift in NC sentiment. Gerrymandering of NC districts is also dissected – through a conversation with former Democratic NC State Senator Margaret Dickson and with Carter Wrenn, a longtime Republican consultant.

As someone that devours documentaries (especially since I took Duke’s Center for Documentary Studies intro course) I found myself wrapped up in this documentary – and was pleasantly surprised at the way Zach injected humor at just the right moments. I was inspired by a 94 year old civil rights pioneer, Rosanell Eaton, and her challenges to vote so many years ago, and her continued advocacy for voting rights.

After the showing, a whole bunch of us went to Crosstown Pub next store, and we had a lively conversation about the movie, politics, gerrymandering, and how to promote civil discourse. (For real!)

Most of all, I was in awe to see a full house at The Cary Theater. This showing was sponsored by 5 folks that rented the theater, and opened the doors to the first 175 people to come in and see it for free. (Yes, I was one of those people.) 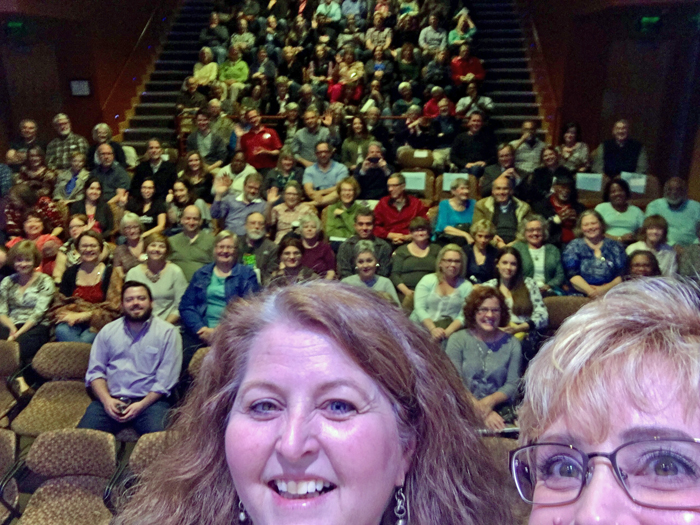 Full House at The Cary

If you are interested and want to see the series for yourself, you can watch it on EPIX, Hulu or for free if you are an Amazon Prime member. I’ll be making my way through the rest of the series soon.