Cary, NC – Cary is home to many charities but not all donations take the form of food drives and fundraisers. One Cary-based stylist is using her skills to help people with long stays at the Ronald McDonald House gain some comfort.

Robin Larsen Vitale is a stylist at Cary’s Twisted Scizzors Salon and since October 2016, she has been donating her time and talents at the Durham Ronald McDonald House to give family members haircuts during their stay.

The idea first came to Vitale after a woman who was staying at the Ronald McDonald House came into her salon.

“She was bummed at first but then she found the house nice and felt fortunate to have this place to stay,” Vitale said. “That ignited a seed in my brain.”

The Ronald McDonald House serves as a place near a major children’s hospital – Duke Children’s Hospital in the case of the Durham house – where families can stay so they can be near their child during long treatments.

“I have met people who have been in here a long time,” Vitale said. “Many have been out of town for close to a year.”

After that first woman from the house came to Vitale’s salon, she thought about how she could help the people staying there.

“I wanted to see if they would appreciate a hairdresser coming in,” Vitale said.

Since then, Vitale has started Project Happy Hair and has been coming in on Fridays, usually every other week, and giving people haircuts and styling their hair with available resources. And people have been very grateful, Vitale said.

“I may not be getting paid but it’s another kind of charity,” she said. “It’s the greatest gift to see people uplifted.” 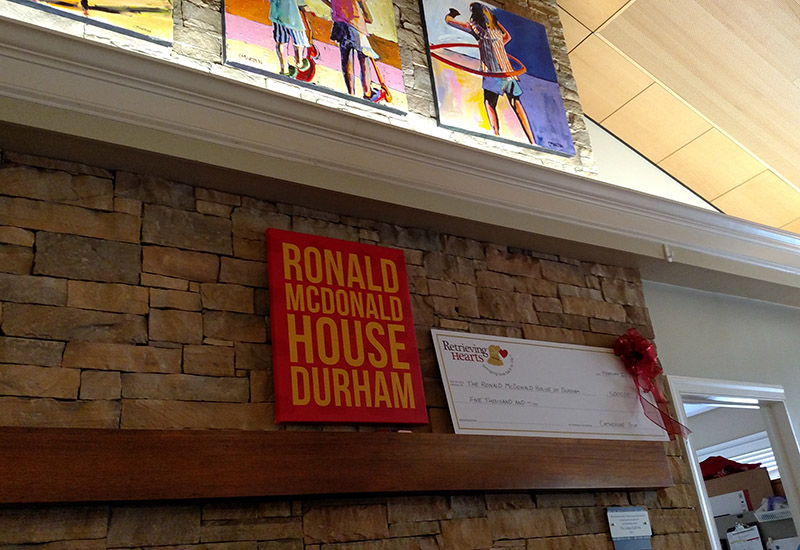 Taking the Next Step

In the past, Vitale said she has participated in other charity efforts, including “cut-a-thon” fundraisers but she said Project Happy Hair has been different.

“It’s a little more personal. I try to cater to their needs as much as possible,” she said.

Vitale has plans to expand Project Happy Hair further, starting with installing a sink for full service hair styling. Procedures such as coloring and anything to do with chemicals needs a hair sink to do that.

“I started a fundraiser to expand the layout and hopefully turn the area I work in at the Ronald McDonald House into a full salon,” she said, mentioning that she is reaching out to churches currently for donations.

Also, Vitale has been reaching out to hairdresser schools for assistance at the house.

“That way, students can help out and it’s a great way to expand the charity while also getting experience,” she said.

But through Project Happy Hair, Vitale said she has seen how people can donate in different ways.

“I want to plant the seed for other people who have trades that you can help by sharing your time and skills,” she said.

Twisted Scizzors Salon is located at 2751 NC-55 in Cary. The Ronald McDonald House is located on 506 Alexander Ave. in Durham. 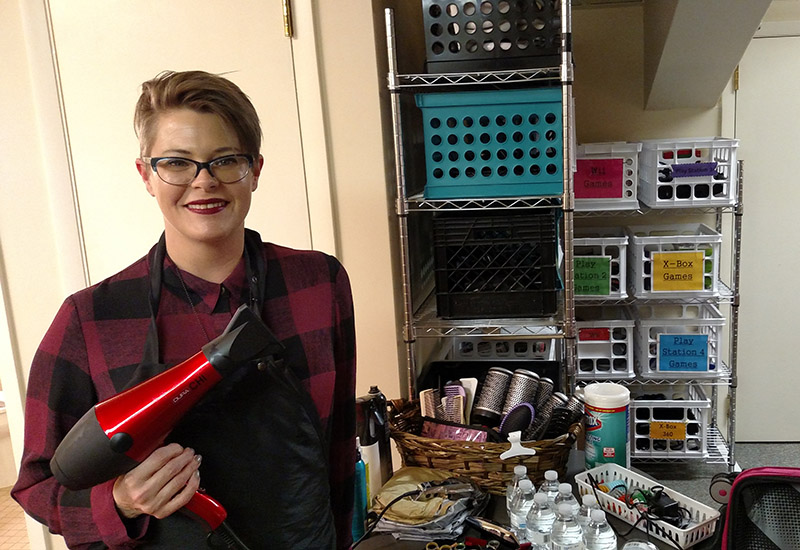