Cary, NC – Last year’s Lazy Daze was the largest in Cary history and has spurred the town to make it a two-day event for the foreseeable future. On top of that, the funds raised by the festival have gone to benefit dozens of Cary non-profits.

2016 was the first two-day iteration of the Lazy Daze Arts & Crafts Festival for the Town of Cary, spanning Saturday and Sunday, August 27 and 28, 2016. Now, the festival has provided $40,000 in grant funding for 33 different non-profits in Cary.

Every year, funds raised through Lazy Daze are donated to Cary non-profits for various projects.

“For 40 years, the Town’s Lazy Daze Festival has brought artists to, and encouraged residents and visitors to explore, downtown Cary. While the festival has grown in size and stature, it remains true to its commitment to bring the highest quality art, food vendors and entertainment to Cary’s downtown,” said Adam Bell, Cary’s Festivals and Events Supervisor. “In addition, it continues to return money to the community to support arts activities and downtown initiatives through its grant program.”

To receive funding, Cary-based non-profits had to put in an application describing the specific program they wanted funded, with priority given to cultural arts projects. After the 2016 Lazy Daze, the Cary non-profits that received funding from the $40,000 grant are:

Since Lazy Daze started, the festival has raised and granted more than $700,000 for Cary non-profits. 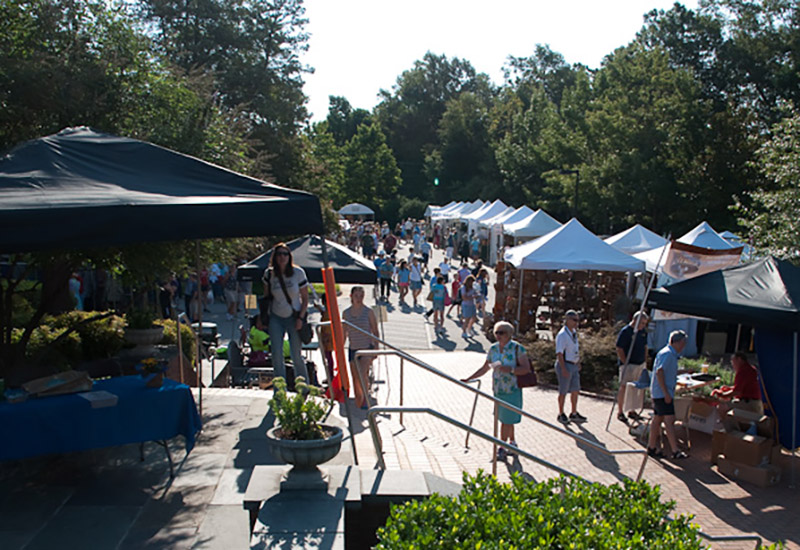