Imran Aukhil, an Apex resident from the Islamic Association of Raleigh, contributed to this op-ed.

Cary, NC – In the past month, security and religious pluralism in North Carolina experienced a disappointing and dangerous setback under the banner of law and order. Two separate cases and the distinct responses by law enforcement have brought to light a concerning disparity in our state.

In the first case, a young man in Cary, unfamiliar to any of the Muslim communities in the region, allegedly announced on an online platform that he intended to kill non-Muslims. In the second case, a group of radical conservatives met in the Winston-Salem suburb of Kernersville and were recorded openly and enthusiastically discussing their desire to kill Muslims.

Violence or threats of any kind toward any religious group are abhorrent and Americans have long trusted the criminal justice system to swiftly prosecute those who engage in these activities. This was certainly the outcome in the Cary case, where law enforcement swept into action and quickly charged the individual for his alleged online threats. The authorities went as far as to contact internet service providers and the private social media platform to confirm the identity and statements of the individual.

A child of military parents, he presented no evidence of conversion to Islam or time spent in a mosque. But he was denied bail due to the perceived threat he posed of committing an act of terror and fleeing. Raleigh-area Muslims commend law enforcement for acting quickly to mitigate any potential harm to the public. If he is found guilty, we expect him to be prosecuted to the fullest extent of the law.

But in the case in Kernersville of the alleged threats of violence against Muslims, law enforcement has pursued a frighteningly different path. While they have stated that they are “continuing their investigation” without any further action, witnesses to the incident and a journalist’s recording of the meeting offer ample evidence to detain the individuals and potentially protect the lives of thousands of Muslims living in North Carolina. Multiple news outlets reported one individual as having allegedly said, “My only recommendation is to start killing the hell out of [Muslims],” and “I’m ready to start taking [Muslim] people out.” Muslims across the nation have shared the story in utter disbelief, worrying – yet again – that their lives may be at risk for observing their faith or simply appearing to be Muslim.

Several questions have yet again bubbled up to the surface in North Carolina’s Muslim communities. Why is there a double standard in how authorities investigate and enforce the law? Had a Muslim made these threats, how would law enforcement have acted? Of course, we know the answer to the latter question as we witnessed it unfold in Cary last week. Muslims can expect to have their homes raided, belongings searched, and be detained without hesitation – as should be the case when anyone threatens violence.

The FBI responded to the Kernersville incident by stating that they are investigating the case for threats not protected by the first amendment. But Muslims are rarely afforded such considerations when they are the alleged perpetrators. Muslim Americans expect law enforcement to protect them with the same fervor as they prosecute them. Anyone who makes threats of violence should be detained and charged, regardless of the faith or race of the perpetrator or the intended target.

In case there are any readers who have not yet come across one of the thousands of statements issued by Muslim Americans opposing violence in recent years, we will not hesitate to reiterate: Muslims around the world are horrified by and unequivocally condemn terrorism. Muslims around the world are also overwhelmingly the victims of terrorism and radicalism. In fact, it is called “radicalism” because it is a distortion that has no place in our faith.

Beyond the horrifying outcomes of the widespread terrorism, Muslim Americans also have to cope with ongoing clamors of misguided anger toward our communities. We consistently fear for the safety of our families and children, the security of our community centers and mosques, and the ability to live normal lives. The Raleigh area’s Muslim community is still reeling from the hate-inspired murders of three rising stars in Chapel Hill in 2015. Muslims across the nation are extremely saddened by and concerned about the murder of an Indian in Kansas last week in an act of racist and nationalist terrorism. In the last seven weeks, four mosques across America were set on fire, the highest ever rate of arson attacks against Muslims according to the Southern Poverty Law Center.

Contrary to popular and misguided beliefs, Muslims are ardent supporters of religious pluralism. The Quran emphasizes this point in a verse in chapter 49 which states, “Oh humankind, indeed [God] created you as male and female and made you nations and tribes so that you may know one another.” Perhaps one of the most important examples of this in the last century was the role of Muslims in protecting Jewish families during the Holocaust. In cities across North Africa and the Middle East, Jewish refugees often found safe harbor with Muslims while, in some instances, being turned away from American shores.

It is in the name of this religious pluralism that Muslims in North Carolina call on law enforcement to expeditiously address the alleged threats in Kernersville and prosecute the individuals to the fullest extent of the law. Muslim Americans continue to do their part – in the form of cooperation with law enforcement and outreach to the broader community – to ensure that our neighbors of other faiths have nothing to fear. Muslims in North Carolina expect that law enforcement will continue to reciprocate those protections to our community and uphold the fundamental American values of security and religious pluralism. 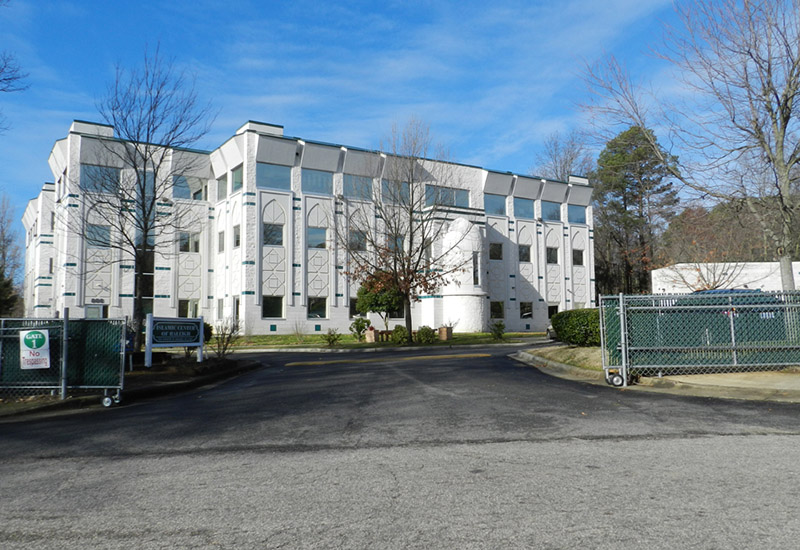