Cary, NC – From Shakespeare to classic musicals, the Cary Players are well known for bringing famous plays to Downtown Cary. With their final production of the season, they will take on one of the longest-running plays with the murder mystery “The Mousetrap.”

“The Mousetrap,” starting on Friday, March 31, 2017, comes from the mind of legendary author Agatha Christie, who created the character of Belgian detective Hercule Poirot. And as a testament to the play’s power, it has been running continuously in London’s West End theaters since 1952.

With such a long history to this play, director Tim Wiest said he took the same approach he would have with any script.

“I tried to look at it as if I’ve never seen it before. I wanted to go in with no preconceptions,” Wiest said. “In doing so, we are able to give it our own twist and make it unique to the Cary Players.”

And this approach has led to some changes in the play, including an alteration with the main inspector character.

“The stage direction calls for the inspector to be off-stage at times and I’ve tried to get him more involved than the script would indicate,” Wiest said. “It creates a different dynamic and he seems less judgmental and is in a better position to identify the killer.”

For anyone who has seen “The Mousetrap” before, you know not to give away the ending and the same holds true with this production.

“At the curtain call, we tell the audience about the tradition that you do not reveal the ending,” Wiest said. “You just don’t do it. But we hope that will be an entertaining announcement for the audience.” 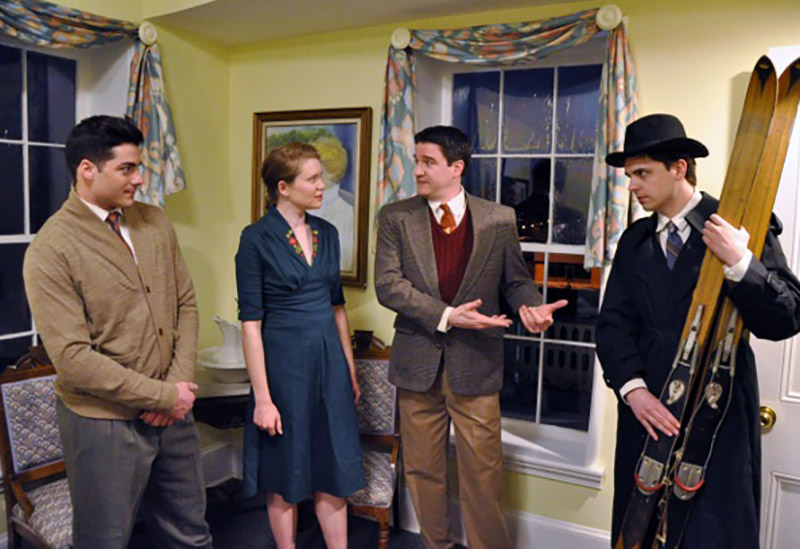 Focus on the Characters

As a play written by Agatha Christie, Wiest said “The Mousetrap” carries the same tone of her many famous novels.

“One of the things with Christie’s stories is the mystery is subsidiary to character development,” Wiest said. “We wanted to focus on characters and character interactions more than anything.”

Wiest said he is very pleased with the cast of “The Mousetrap” and got more than 30 auditions for roles, which he said is more than usual. And with such a character-driven play, Wiest said they took time to get to know these people on stage.

“We have a sit-down discussion where we bounced ideas off of one another,” he said. “We wanted to talk about how each actor saw their character compared to how the rest of the cast saw that same character.”

And through this discussion and rehearsals, Wiest said these actors got to feel how they worked with fellow cast members and crafted characters out of that process. And Wiest’s work with the cast helped him stage the play better.

“Throughout, there was a lot of interaction between me and the characters on stage so that guided my directions,” he said. 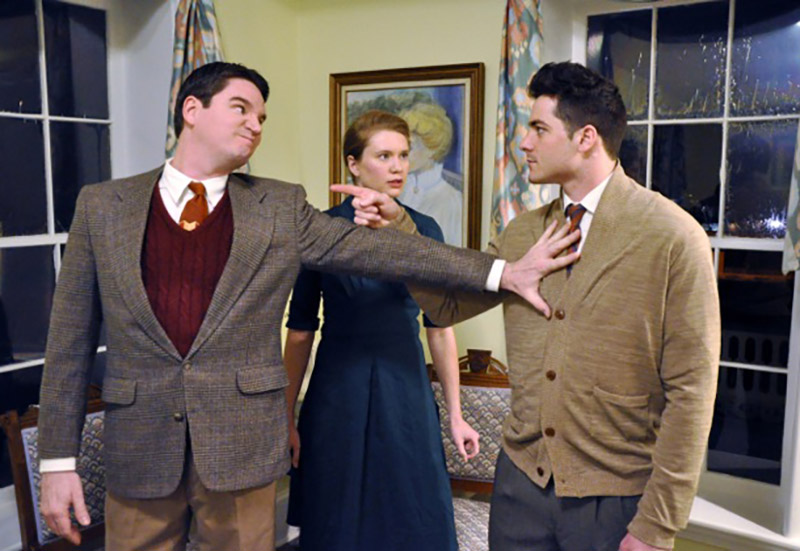